A Tour of the World’s Largest Diamonds, Part III We continue our journey through the largest diamonds ever created in nature with the Woyie River. 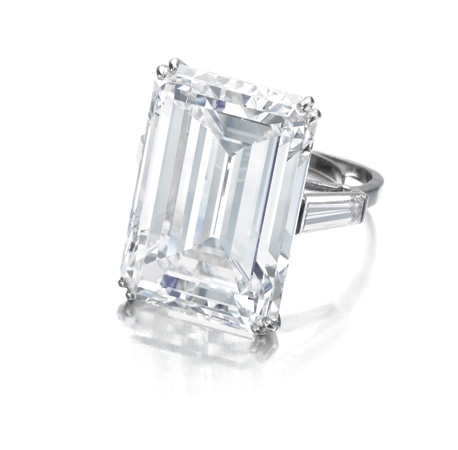 The uncut diamond had an elongated shape, measuring 71 by 53 by 32 millimeters with one unusually flat cleavage plane. The rough diamond was brought to London, where it was viewed by Queen Mary in October, 1947. It was then exhibited at the British Industries Fair in May 1949. Master diamond cutters Briefel and Lemar would later cut the stone into 30 individual stones weighing a total of 282.36 carats, and including ten stones larger than 20 carats.

The largest gem produced from the Woyie River rough stone was the 31.34-carat Victory Diamond. According to GIA, the stone is a D color, VVS2 clarity Type IIa emerald-cut. The stone has changed hands several times over the decades and was once owned by Frank Jay Gould, son of American railroad tycoon Jay Gould. After being put up for auction in May 2014 by Sotheby’s, the Victory Diamond was sold again as recently as December 2015 by Christies. The stone achieved a price of $137,500 per carat, selling for a total value of $4,309,000.

The Golden Jubilee is famous for being the world’s largest faceted diamond. The rough stone was discovered in the Premier Mine in South Africa in 1985, the same mine which produced the Cullinan diamond 80 years earlier. In its uncut form, the Golden Jubilee held the title of Unnamed Brown before being given to master cutter Gabriel Tolkowsky, of the sixth generation of cutters from the famed Tolkowsky family. 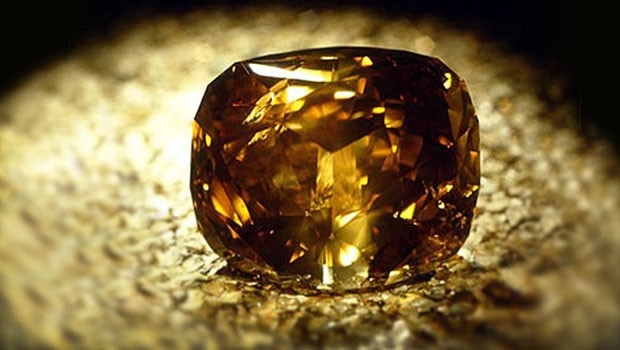 The stone was presented to Tolkowsky by De Beers for the purpose of testing new cutting tools and equipment which had been developed to cut the Centenary Diamond that was discovered at the mine just a few months after the Unnamed Brown. Due to its deeps cracks and internal inclusions, the Golden Jubilee had to be cut in a specially designed room that was free from vibrations and noise. The stone took over two years to cut and would not be seen by the public until 1990, five years after its discovery.

The polished Golden Jubilee weighs 545.67 carats, making it 15 carats larger than the Great Star of Africa (Cullinan I). The brownish-yellow, fire rose cushion-cut stone was purchased by Thai jewelry magnate Henry Ho, and presented to the King of Thailand as part of the celebration of the 50th anniversary of the king’s coronation. As the largest polished stone in the world, the diamond toured the world and was put on display in countries around the globe. It was even given a papal blessing by Pope John Paul II, and was also blessed by the Buddhist Supreme Patriarch of Thailand and the Islamic Chularatchamontri. Today the stone remains the property of King Bhumibol Adulyadej of Thailand.

The Vargas diamond was first found on August 13, 1938 by miners Joaquim Venancio Tiago and Manoel Miguel Domingues in the San Antonio River, in Minas Gerais, Brazil. Legend has it that the two were walking on the path of a dry riverbed when they saw the large stone glinting in the sunlight. In their haste to cash in on their discovery, the pair sold the diamond for $56,000 to a local diamond broker. Shortly afterwards, the stone was sold to Dutch Union Bank of Amsterdam for $235,000 and later to famous New York jeweler Harry Winston for more than $750,000. 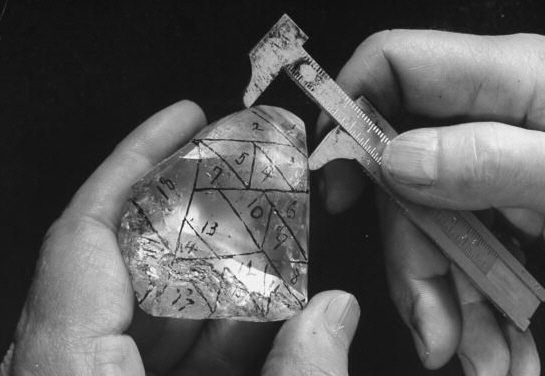 The diamond’s rough weight was 726.60 carats and it was a D color, Type IIa diamond. The stone was named after Getulio Dornelles Vargas, who was the President of Brazil at the time of its discovery and ruled Brazil for almost two decades. Cutting began in 1941 and Winston’s team of cutters elected to transform the stone into 29 individual diamonds of exceptional quality, rather than try for one large stone of inferior quality.

The largest diamond would retain the name of the President Vargas. The main stone was initially a 48.26-carat emerald-cut which Winston sold in 1944 before repurchasing the diamond again in 1958 and recutting it to be an internally flawless stone of 44.17 carats. Today, the diamond is owned by Robert Mouawad, and forms part of his magnificent collection of famous, historic and rare diamonds (see table below). Robert Mouawad also owns the 27.33-carat President Vargas IV, which he purchased for $781,000, at a Sotheby's auction held in New York in April 1989.

Sixty-two year-old diamond digger Johannes Jacobus Jonker found the famous 726-carat Jonker Diamond at the Elandsfontein mine in South Africa on January 17, 1934. On the first night after its discovery, Mrs. Jonker apparently slept with the stone around her neck wrapped in a stocking, while her sons stood guard outside their cabin with revolvers. The fame and fortune that this stone would bring Mr. Jonker was short-lived, as he was destined to relive the life of a poor man just a few short years after his windfall of £75,000. 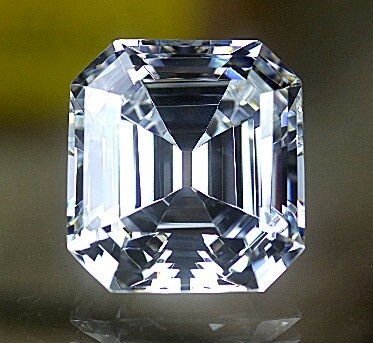 Although it was too late to confirm, many believed that the Jonker was once part of the Cullinan, since they both shared a cleaved plane that appeared to fit perfectly together, and speculation continues to this day. Harry Winston purchased the Jonker and entrusted the task of cutting the diamond to Lazare Kaplan in New York. Cutting was made more precarious s Winston could not find anyone willing to insure the diamond due mostly to a degree of frostiness on the stone’s surface, which made it more challenging to plan and cut the diamond.

After months of planning, Kaplan produced 13 individual stones, the largest of which was initially a 66-facet stone of 142.9 carats but was later recut to a 58-facet stone of 125.35 carats. The Emerald cut is often regarded as the best proportioned diamond in existence.

Discovered in 1895, the 650.80-carat Jubilee Diamond was originally named the Reitz Diamond after Francis William Reitz, then President of the Orange Free State which is now part of the Union of South Africa. As the diamond was in its final stages of production, there was an initiative by interested parties to purchase the diamond from the consortium of merchants, and present it to Queen Victoria, who was due to celebrate the diamond jubilee (60th anniversary) of her coronation in 1897. But this never materialized, and the diamond remained with its owners. However the consortium of merchants decided to rename the diamond the Jubilee Diamond to commemorate the occasion of the diamond jubilee of Queen Victoria's Coronation. 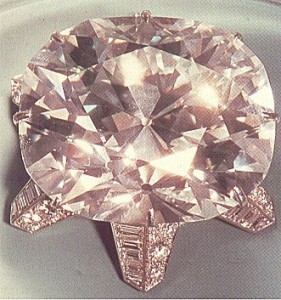 Owing to the stone’s exceptional purity, it was cut into just two finished gems, the smallest being a 13.34-carat pear shape. The main stone was cut into a Jubilee cut which is much like a brilliant rose cut and never gained commercial popularity. The final stone was a 245.35-carat E-Color VVS2 diamond type IIa diamond. The stone remains the fourth largest colorless faceted stone in the world, and the sixth largest polished diamond of any color.

The Jubilee has had numerous owners, including the founder of India’s Tata Corporation, famous jeweler Cartier, and Parisian Industrialist Paul Louis Weiller. Like many other high profile diamonds including the President Vargas, the Jubilee is now part of the collection of Robert Mouawad.