A Tour of the World’s Most Famous Large Diamonds The discovery of the second-largest gem-quality diamond ever recovered recently made headlines across media outlets around the world. The 1,109 carat white diamond was discovered at the Karowe mine in Botswana, owned and operated by the Canadian-based Lucara Diamond Corporation. As is customary with most large diamonds, the stone was given a name, which was determined through a public contest open to all citizens of the country. After deliberation, the magnificent stone was named “Lesedi La Rona,” meaning “Our Light” in Botswana’s Setswana language.

Just a few months later, Lucapa Diamond Company, a small miner headquartered in Australia, announced the recovery of a 404-carat diamond from its Lulu mine in Angola. This gem is the largest ever found in Angola and the 27th largest diamond ever found. With advanced recovery technology, these finds will likely continue. However, they are still exceptionally rare. In my next series of articles, I will take a closer look at some of these large diamond discoveries throughout history, as well as the beautiful finished gems they have produced.

Although the Cullinan diamond is often given credit as the largest rough diamond ever discovered, the truth is that a larger ‘carbonado’ diamond was found in Brazil in 1895. The original rough stone weighed 3,167 carats.

Although a form of diamond, carbonados are extremely rare and resemble charcoal in their rough form. They have been found in just two locations: in the Central African Republic and in Brazil. 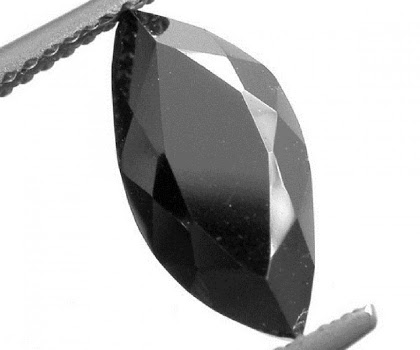 Scientists are divided on both the origin of carbonados and their proper classification as diamonds. These stones have never been found alongside the other minerals that are typically discovered with diamonds and that are formed in the diamond stability zone within the upper mantle.

Some have theorized that carbonados must have an extra-terrestrial source, possibly from fragments of an ancient supernova that rained down upon the earth hundreds of millions of years ago. The theory remains popular, as Brazil and CAR would have sat side by side on the ancient Pangaea supercontinent some 300 million years ago. Although very rare, carbonados are coveted for their use in industrial applications because they are even harder than natural diamonds and are resistant to cleaving.

The Sergio, along with many other large carbonados, including one in excess of 2,000 carats, have arguably not been given their proper place in history. For now, we will focus on clear gem-quality diamonds in our discussion.

Perhaps the most famous of all gem-quality diamonds is the Cullinan. The Cullinan diamond was found by a miner named Thomas Evan Powell, who brought it to the surface and gave it to Frederick Wells, surface manager of the Premier Diamond Mining Company in Cullinan, South Africa, on 26 January 1905. It weighed 3,106.75 carats, or approximately 621 grams. The stone was immediately named after Sir Thomas Cullinan, the owner of the diamond mine, who had discovered the mine after many years of unsuccessful searching.

Despite its enormous size, analysis showed that the Cullinan diamond might actually have been broken by natural forces and was likely even larger at some point in its history. Frederick Wells was awarded £3,500 for the discovery and the Transvaal Colony government would purchase the stone for £150,000. The Prime Minister of the Union of South Africa suggested that the stone be presented to King Edward VII of England as a gesture of loyalty and good faith, and plans were made to transport the diamond to the King.

Due to the immense value of the diamond, security was a real problem. As a diversionary tactic, a heavily guarded steamship was given a fake package for the captain to store in a safe onboard. The real stone was shipped to England via registered mail in a plain, unmarked box. Upon its arrival, the famous Asscher family of Amsterdam would be chosen to cleave and polish the stone. The Cullinan would go on to produce more than 100 individual polished stones, some of which remain amongst the largest cut diamonds in existence. 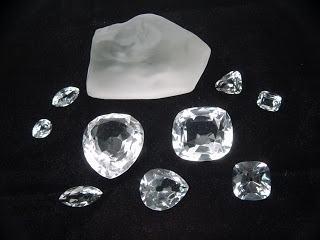 Replicas: the rough stone, and the nine numbered polished gems

The Cullinan I, or the Great Star of Africa, is the largest clear white diamond in the world. The pear-shaped diamond weighs 530.4 carats and is set in the British Crown’s Sovereign’s Scepter with Cross. The stone can actually be removed from the scepter and worn as a pendant or hung from the Cullinan II as a brooch. The Cullinan II, or the Second Star of Africa, is a 317.4 carat cushion cut stone that is mounted in the front cross of the Imperial State Crown.

The Cullinan III and Cullinan IV would each be given the not-so-auspicious names of the “Lesser Stars of Africa”. The 94.4 carat pear-shaped Cullinan III and the 63.6 carat square cushion-cut Cullinan IV, were both originally set in the crown of Queen Mary, but have since been removed and used as standalone gems, each as a brooch. In 1958, Queen Elizabeth II brought the Cullinan IV with her on a visit to the Netherlands. It was there that she took off the brooch and offered it for inspection to Joseph Asscher, who had originally cut the stone more than 50 years earlier, and was reportedly quite moved by the gesture.

The Cullinan stones now collectively form part of the Crown Jewels of England, and are rarely taken outside of their displays in the Jewel House, a vault at the Tower of London.

The history of the 1,109 carat Lesedi La Rona diamond has not yet been written, but the stone has attracted headlines around the world. At present, the stone has not been sold, and owner Lucara Diamond Corporation is said to be looking at various ways in which to sell the diamond. It is possible that this diamond will never be cut, instead being kept in its rough form as the largest rough gem in existence.

The recovery of this gem has perhaps helped to solidify the acceptance of a new process to recover diamonds by mining companies. The stone was found just weeks after Lucara implemented its new X-ray Transmission (XRT) diamond recovery system, and many global miners are said to be investigating this technology. It was found in November 2015 at the Karowe mine in the Orapa region of Central Botswana, a mine now famous for its recovery of large diamonds.

The diamond was named in a contest open to the public citizens of Botswana. The winner of the competition was Thembani Moitlhobogi from Mmadikola. The name means ‘Our Light’ and Moitlhobogi stated that he chose the name because the diamond is “a pride, light and hope of the Batswana people”. Thembani received 25,000 Pula (about $2,200) for the submission. The company apparently received 11,000 emails during the competition. 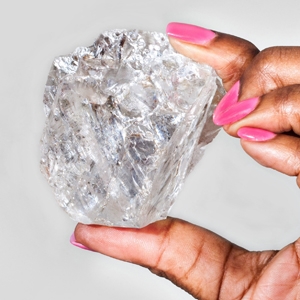 The Excelsior was for 12 years the largest rough diamond ever found, until the Cullinan was discovered 600 kilometers to the north. The Excelsior was unearthed in 1893 at the Jagersfontein mine in South Africa. The 995-carat white stone was found in a shovelful of gravel that was being loaded onto a truck. The worker decided not to present the stone to his line manager, and instead took the stone directly to the mine manager and was rewarded for his discretion with £500 and a horse and bridle.

Quite coincidentally, the contract between the mining company and the syndicate of London firms that bought the mine’s diamond production expired on the same day that the Excelsior was found. As a result, the discovery of the Excelsior remained quiet, and was not remarked upon by the British press. Another large diamond was discovered at the same mine in 1895, and this Jubilee Diamond would receive much more fanfare and applause. 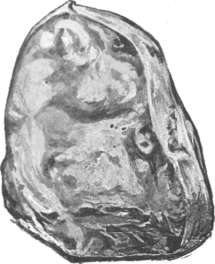 As a result of its obscurity, the Excelsior remained unsold for more than 10 years before the Asscher Brothers in Amsterdam eventually cut the diamond in 1903. This was still two years before the Cullinan diamond would be found. To many people’s horror, the stone was cut into 22 smaller pieces, the largest of which was the Excelsior I, a 69.68 carat pear-shaped stone. At the time, the manager of the De Beers diamond syndicate said that the dividing of the stone into many small pieces was "the greatest tragedy of modern times in the history of famous diamonds".

Many believed that the stone should have been cut into one large diamond that might have been the largest stone in existence at that time. It would appear that this had an important influence on the Asscher brothers’ planning of the Cullinan diamond, which would come a short time later.

Tweet
Living Up to the Diamond Promise
Rethinking Rarity