A Tour of the World’s Most Famous Large Diamonds: Part IIII We continue our journey through the largest diamonds ever created in nature with the “Un-named Blue” diamond.

Any older diamantaire can tell you about the 620.14 carat light blue diamond that was reportedly discovered in 1984 at the famed Premier mine in South Africa.  The problem is that since that time, no one seems to know what happened to the stone or where it is now.  Although there is no official confirmation that such a stone even exists, if it does it might very well be sitting in a vault somewhere, waiting to be unveiled to the world.

Prior to the recent discovery of the 1,109 carat Lesedi La Rona, followed shortly by the as-yet unnamed 813 carat diamond from the Karowe mine in Botswana, the Sefadu held an important place as the largest uncut diamond in existence.  It was discovered in Sierra Leone in 1970 at the Diminco mine, the same mine that would produce the 969 carat Star of Sierra Leone two years later.  The Sefadu is a lower-quality industrial diamond, which explains why the stone was never cut and polished. However, its size, and the fact that it was likely never to be polished, added to its value as (until recently) the world’s largest uncut diamond. To our knowledge, Lazare Kaplan originally purchased it, however its whereabouts are unknown at this time. 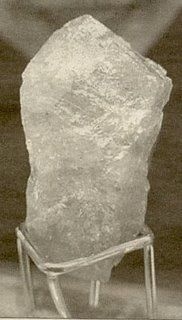 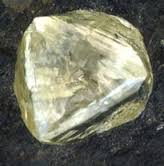 The Baumgold Rough was discovered in 1922 at the Wesselton mine in South Africa. Details of the diamond are shrouded in secrecy, and it would seem as if the famous Baumgold brothers of New York wanted it that way.  It is believed that the bluish-color rough stone, weighing 609.25 carats, was eventually cut into 14 stones, including two matching 50 carat pear-shaped stones known together as the “Baumgold Pears”. The current whereabouts of these stones remain unknown. 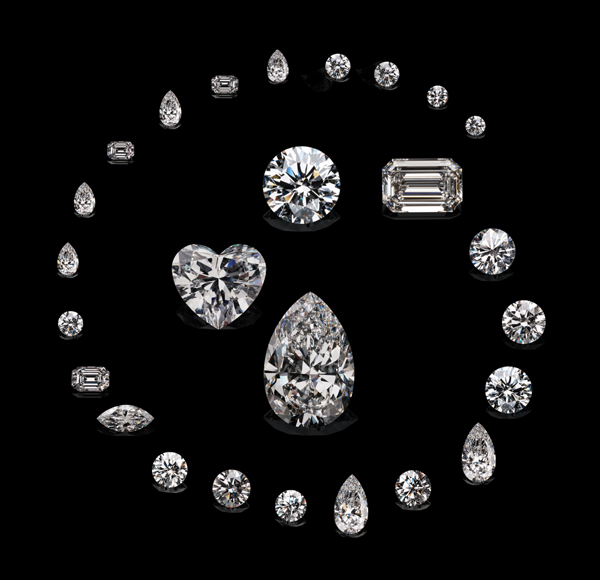 The stone was purchased for $12.4 million by SAFDICO, the manufacturing division of famous diamond retailer Laurence Graff.  A total of 26 individual stones were cut from the Lesotho Promise, the largest of which is a 75 carat pear shape.  Each of the 26 stones has been graded as D Flawless and the collection includes seven pear-shapes, four Emeralds, 13 round brilliants, and one heart shape.

Initially, Graff publicly declared that the company was hoping to sell the eventual polished diamonds from the stone for $20 million.  However, after cutting, each of the 26 stones was assembled into one unique necklace, fittingly named the Lesotho Promise Necklace.  Because of the incredible rarity of the piece, Graff has set a price tag of $50 million and has apparently turned down numerous other lower offers.  After apparently receiving other offers to buy half of the diamonds from the necklace, Graff declared: “We’ll never split the stones, we’re still waiting”.

Nearly 40 years before the discovery of the Lesotho Promise, the Letseng mine produced the 601.25 carat Lesotho Brown.  Besides being the largest diamond ever produced in Lesotho at the time, it also has the distinction of being the largest diamond ever discovered by a woman.  Ernestine Ramaboa discovered the diamond in May 1967, and she and her husband apparently walked for more than four days to bring the stone into the hands of a reputable diamond buyer.

In 1968, Mr. and Mrs. Ramaboa were invited to attend the live broadcast of the cleaving of the diamond on US national television by Harry Winston, who had purchased the diamond for an unknown sum.  The polishing was completed in a year and resulted in 18 gemstones totaling 252.40 carats, the largest of which was the Lesotho I, a 71.73 carat flawless emerald cut diamond with a pale pink hue. 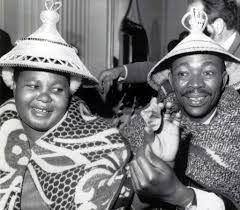 The Lesotho III (the third largest stone cut from the crystal) is a 40.42 carat (8.08 g) marquise-shaped gem that was once owned by Jackie Kennedy, given to her by her husband Aristotle Onassis as an engagement gift.  The ring had an estimated value of $600,000 US, but at the Jackie Kennedy estate sale auction in April 1996 it reached a price of $2,587,500 US dollars. The ring was purchased on behalf of Tony O'Reilly of the Heinz Ketchup fortune as a birthday gift for his wife. The Lesotho I, estimated at $3 million-$5 million, was offered at the Sotheby's Geneva auction on November 19, 2008 as part of a Magnificent Jewels sale, but failed to sell.

The Premier mine yielded the 599.10 carat stone in May 1988 and it was named the Centenary diamond in honour of De Beers’ centennial-year celebrations.  Like so many other important diamonds, the cutting was entrusted to Mr. Gabi Tolkowsky of the famed Tolkowsky diamond family.  Tolkowsky reportedly had a team with dozens of people, including security guards, electricians, and engineers, and the stone was cut in a special laboratory, which was designed to minimize vibration, dust, and temperature variations.

After 154 days, the Centenary was unveiled as the third largest polished stone in history behind the Cullinan I and Cullinan II.  The finished diamond, a modified heart-shaped brilliant cut, weighs 273.85 carats and is   graded as D color, and is internally and externally flawless.  This magnificent gem has a total of 247 facets, including 164 on its pavilion and crown, and another 83 on its girdle.  The Centenary was on display at the Tower of London for several years, but was later sold.  The present whereabouts of the diamond remain a mystery.  De Beers has not said to whom the stone was sold, and no one has come forward indicating his or her ownership of the diamond.  The diamond was once insured for $100 million. 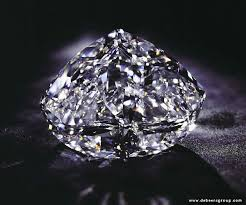 A New View of Diamonds as Assets, Not Expenditures
Resale Value – in practice