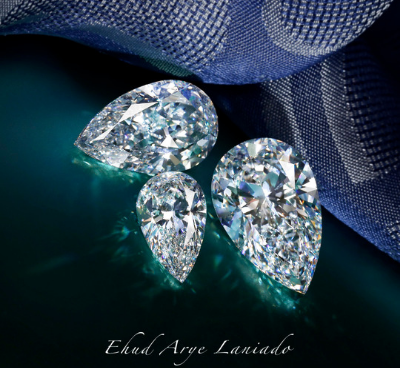 In Ehud's words: "The future vision of diamond consumption should have three parts: The traditional market of diamond jewelry. With a popular price point and made from the cheaper part of diamond production, can compete with other gifts in the shops. The second is that of fine and high-end diamond jewelry. These niche market items are expertly designed and are fit for the bridal and the luxury sector. The third venue, and the one with a growing importance, is diamonds for wealth perseveration - a tool to store value. These diamonds will be bought and treated specifically for that purpose and with a new methodology that is based on the economy of rarity."

This vision builds on the existing diamond markets to create a new one, to continue strengthening the current offering of diamonds as a component in jewelry, while taking diamonds beyond that point. Ehud believed that as only a component of the jewelry industry, the diamond market was not taking advantage of other opportunities. He firmly believed that the diamond industry must carve out its own destiny.

Ehud's vision for three venues was driven by his belief that their fundamental characteristics which have possessed people's admiration such as their rarity, have not changed, but have perhaps gotten somewhat lost along the way. It was also grounded deep in the co-existence of multiple venues found in other commodities, such as gold and art, which are used both as adornment and for wealth preservation.

To deliver this vision, he believed the diamond industry needed to tackle a number of issues that prevent it from reaching its full potential. These issues will be discussed in upcoming articles.

The Diamond's Place in the Consumer's Heart

Tweet
Marketing the Case for Rarity
RESTORING THE DEMAND - The Challenge of the Diamon...