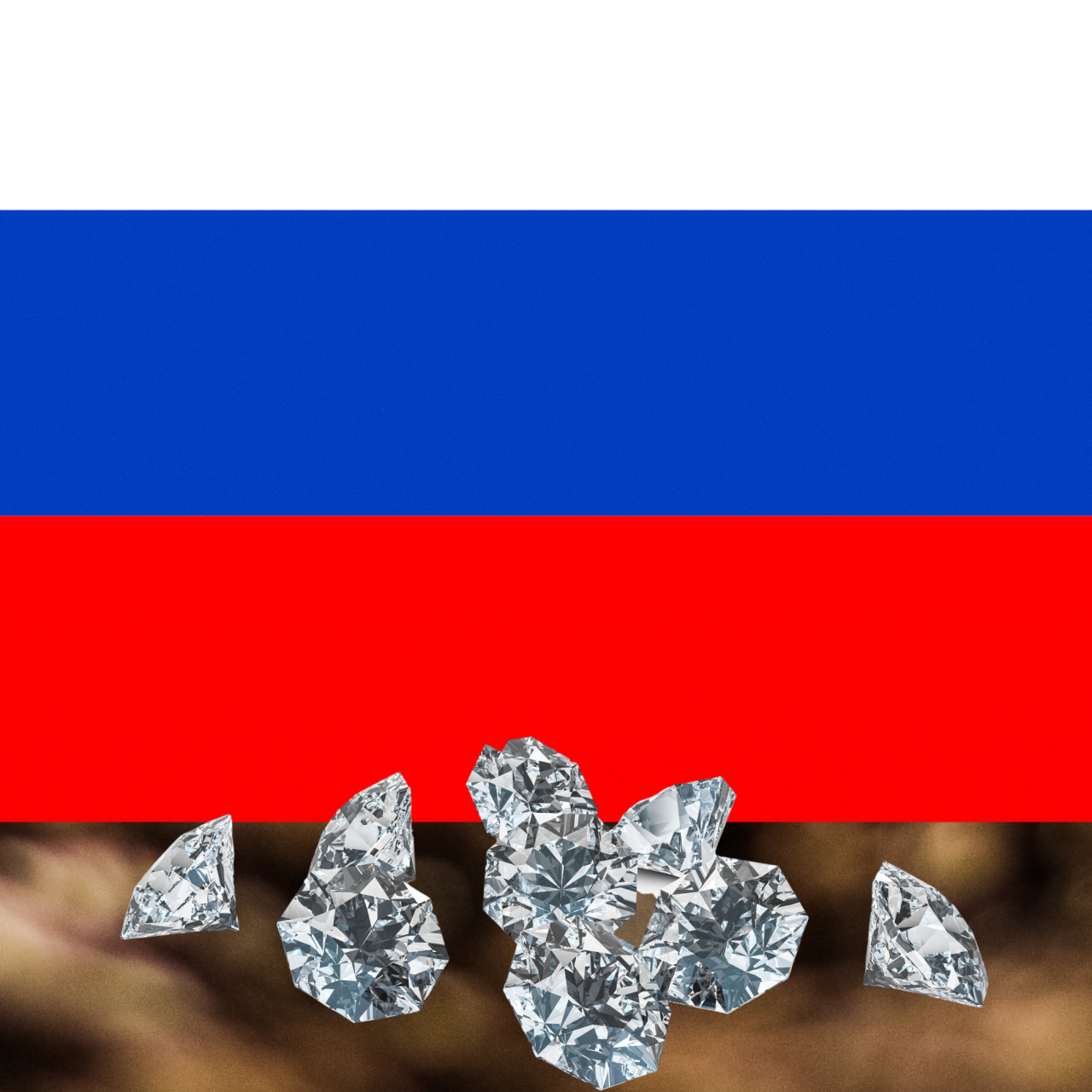 Russia is a natural resource superpower, due in part to its vast geography. In 2015, the World Bank estimated that Russia is sitting on up to $75 trillion worth of natural resource endowments. While Russia is the largest diamond-producing country, rough production is a small proportion of overall resource exports, and the country's polished diamond output is small relative to its rough diamond sales. Russia manufactures around $650 million in polished diamonds each year, representing about 3% of the global market. The local polished diamond market in Russia is limited, and most of the diamond consumer goods in the country are imported. Today, most polished gems from Russia are exported, although this has not always been the case.

The Russian government has always supported the diamond industry, and continues to do so today. Most of the diamond manufacturers in Russia are state-owned companies, although a handful of private companies also operate in the country. Historically, government-owned Gokhran subsidized both the rough and polished diamond sectors by purchasing, at market prices, any goods that they themselves couldn't sell. This arrangement has actually been going on for many years, and the scope of inventories held by Gokhran is an intriguing mystery.

The Russian diamond manufacturing industry operates in a similar way to many other diamond-producing countries. Manufacturers, both public and private, receive allocations of rough diamonds to produce in local factories and employ local workers. The largest polishing company is Kristall, which represents about 40% of the Russian diamond polishing sector. It is located in the Smolensk region west of Moscow, near the border with Belarus. Kristall has been operating since 1963, and employs more than 2,000 workers, making it the largest diamond-manufacturing employer in all of Europe. Kristall has grown so much over the years that it is now a Sightholder, and purchases rough diamonds from De Beers, in addition to ALROSA.

The diamond polishing industry in Russia got a major boost recently with the announcement that India-based KGK Diamonds will establish a cutting factory in Vladivostok, which will employ up to 400 workers, and have the capacity to produce up to 150,000 carats of polished diamonds each year. The company is making a $48 million investment in the project, and President Vladimir Putin attended the factory's inauguration. The company went on to say that they see great potential in the region, and are looking to establish a hub for the diamond and jewelry sector, a sentiment echoed by the President of ALROSA. The area, in the Far East part of the country with a Freeport tax zone, opens up trading opportunities with Asian economies.

As an additional demonstration of commitment to its local cutting industry, the government recently announced that it is studying a plan to increase the amount of large diamonds that are provided to local manufacturers. ALROSA currently sells 40% of its largest stones to local cutters, and if approved, the new proposal could increase this amount to 50% or more. The current plan is expected to be approved before the start of the next three-year ALROSA contract period in 2018. The government's road map for the industry might also call for more favorable terms from ALROSA to the local industry. One of the main challenges faced by Russian cutters, and indeed cutters in almost all jurisdictions working on the beneficiation of diamonds, is the requirement to buy run-of-mine rough diamonds. This inevitably leads to some rough being unprofitable to cut in higher-wage countries. Current proposals could see the Russian government giving local companies the right to refuse certain types of diamonds, and accept others with a better chance at profitability.

The abolition of the 6.5% export duty had a positive impact on ALROSA, which previously had to discount its rough diamonds by the same amount in order to sell at market prices. The company no longer has to do this, and has seen its margins improve as a result. Many have speculated that this additional margin could be used to subsidize the manufacturing industry in the form of lower rough prices, longer payment terms, or direct financing. However, the company has tried this unsuccessfully in the past, and it was not uncommon to see subsidized diamond parcels meant for manufacturing being sold in other diamond markets, such as Antwerp or Mumbai.

The manufacturing industry in Russia has benefitted over the past few years from a decline in the value of the ruble to the US dollar. However, high labor costs have still made Russia uncompetitive compared to lower-wage countries. Also, high interest rates in Russia make financing costs expensive for manufacturers, which often have long cycles between rough diamond purchases and polished diamond sales.

Unlike many Sub-Saharan African countries that are relatively new to the diamond beneficiation experiment, Russia has a long history of working together with the rough and polished industries to help ensure success. However, even with a government willing to support the industry, Russian manufacturing companies are not immune to the current situation in the midstream. Like many others, their survival will depend on profitability returning to the midstream cutters.

There is no doubt that diamond exports from Russia have been a critical source of revenues and foreign exchange for many remote areas of the country. Regardless of the fate of the manufacturing industry, rough diamond production will continue to benefit the country's population for decades to come.