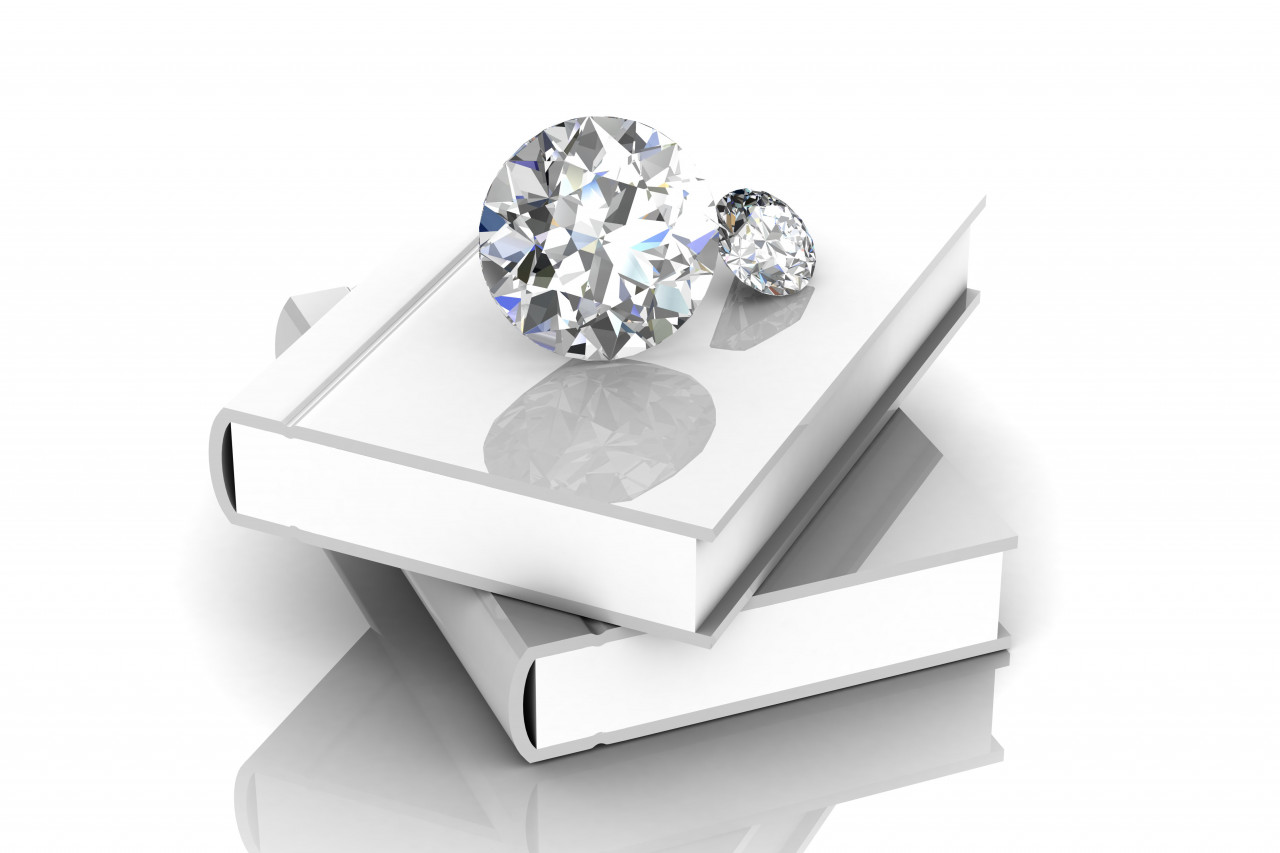 Just like Hollywood, the publishing industry loves a good diamond book, and diamonds can be used in many ways to tell a story. The following list is about great books featuring diamonds, a mix of fiction and non-fiction.

By no coincidence, the James Bond movie of the same title also made it into many lists about diamond movies. Although the novel was perhaps one of Fleming's weaker efforts, it nonetheless is a good read and gets extra credit for the fact that it is another James Bond story. In the book, Bond is given the task of dismantling a diamond smuggling cartel spanning from Africa to Las Vegas. Unlike the movie adaptation, the book features a very strong Bond girl in Tiffany Case who plays a prominent role in the story.

Fleming's research led him to write one of only 2 non-fiction books he would ever produce. The Diamond Smugglers was published in 1957 based on 2 weeks of interviews with John Collard. Collard was a member of the International Diamond Security Organization (IDSO), which was headed by Sir Percy Sillitoe, a former chief of the British MI5 who would later go on to work for De Beers.

The Diamond Sutra gains its fame and notoriety as being the oldest printed book known to date. The Sanskrit title for the sutra is the Vajracchedikā Prajñāpāramitā Sūtra, with the Vajra translation into English meaning both diamond and thunderbolt. The Diamond Sutra was actually written much earlier than 868 and it appears to have been translated from Sanskrit to Chinese around 509. However it is the version in the Dunhuang Manuscripts which were precisely dated and bound into a book. The Dunhuang manuscripts were discovered in a sealed cave in 1900 by a Daoist monk.

American journalist Greg Campbell wrote Blood Diamonds after travelling to Sierra Leone in 2001 in the midst of the country's brutal civil war. The book would serve as the basis for the 2006 Hollywood movie Blood Diamond starring Leonardo DiCaprio and Djimon Honsou. Although the book would never go anywhere near the status of the movie, it was an important pre-cursor to the movie as well as one of the building blocks that helped achieve change in our industry, contributing to the establishment of the Kimberley Process Certification Scheme. Greg Campbell would go on to write more about the diamond industry and would also co-author other books in the field.