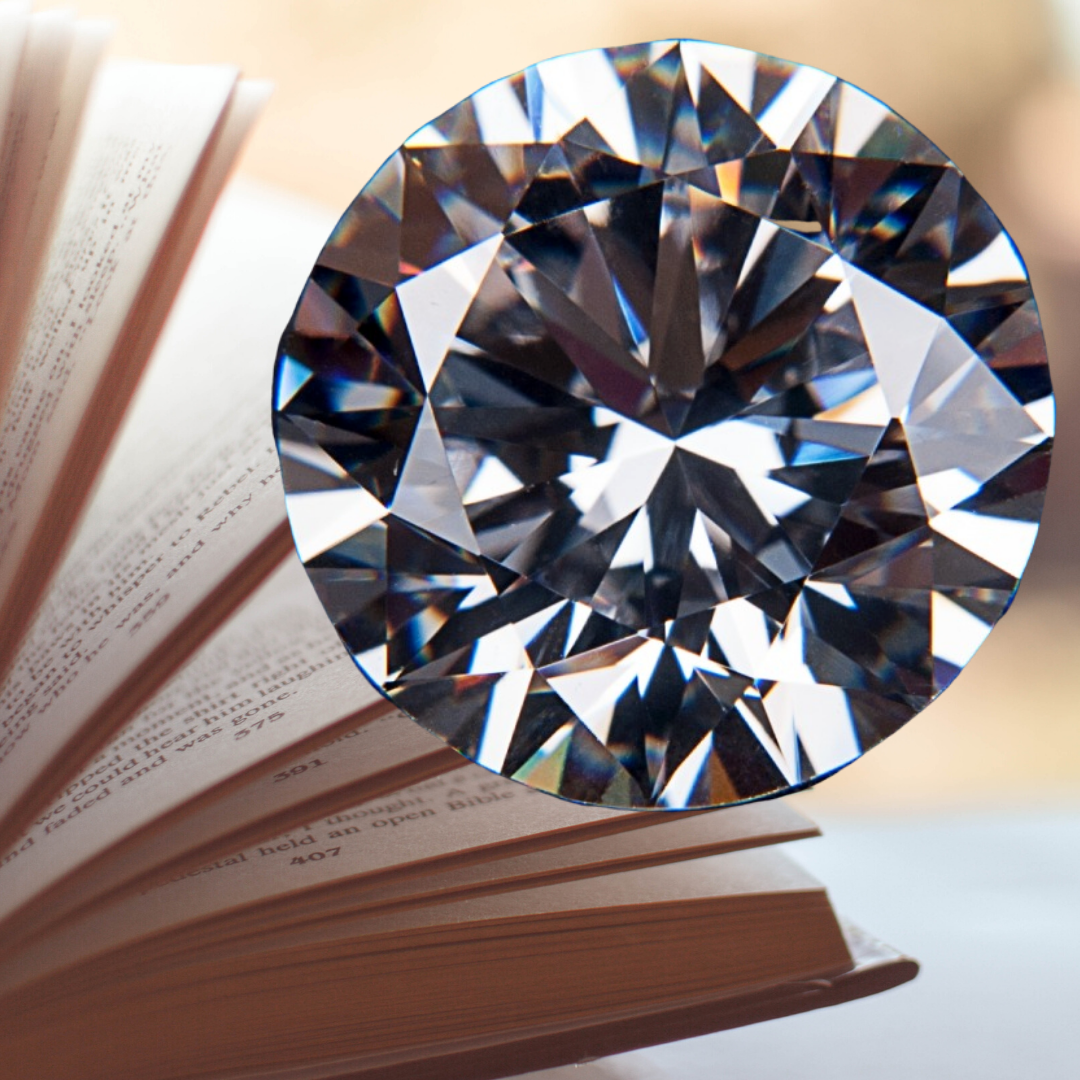 ​In part two of the list, we will explore some of the best books written about diamonds (you can find part 1 here). Just like Hollywood, the publishing industry loves a good diamond book, and diamonds can be used in many ways to tell a story. The following list is about great books featuring diamonds, a mix of fiction and non-fiction.

The late Sidney Sheldon was a master author who remains the 7th highest grossing writer of all time. After a prolific career in television production in the 1950's and 60's, he turned to writing fiction at the age of 50. He would eventually write 18 different fiction books as well as some non-fiction works and an autobiography. Of his 18 novels, Master of the Game is consistently ranked one of his best.

The book follows the path of a wealthy family and their business empire that was built from diamond mining in South Africa at the turn of the century. It would be adapted into a television mini-series that aired in 1984 and would later be nominated for an Emmy award. The original book cover features an oval cut diamond dripping blood.

The Engagements is a story about the ups and downs of marriage, written by J. Courtney Sullivan, the New York Times bestselling author of Maine. It explores the reasons why we choose the mates we do and why some marriages last against the odds. The story is fictional, yet it includes the real life character Frances Garety, who famously coined the ad slogan "A Diamond is Forever" for De Beers as a young copywriter in the 1940's. Garety would continue to work on De Beers marketing for the remainder of her career and was would become a force in establishing diamonds as a gift symbolic of love and eternity. However, she herself never married, which is an important feature of Sullivan's story.

Written in 1868, The Moonstone is generally considered the first modern detective novel written in English. At the time, it exemplified groundbreaking writing that introduced the English-speaking world to a new form of literature that quickly spawned new characters including Sherlock Holmes. The moonstone is a legendary diamond named after the Hindu God of the Moon. A young English girl inherits the diamond on her birthday, not knowing that it was stolen from its guardians and that 3 Hindu priests have dedicated their lives to finding the missing treasure. The diamond is stolen from the young heiress and the story follows the search for the stone to return it to its rightful owners, whoever they might indeed be.