The Raise of a Canadian Jewelry Empire: The Story Of The Birks Family 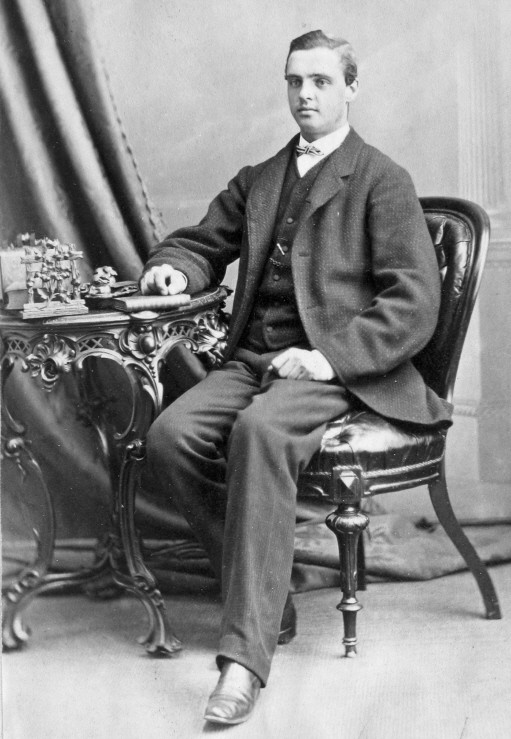 Born in Montreal, Canada on November 30, 1840 to creating a Canadian jewelry empire. Read all about Henry Birks amazing story.

Born in Montreal, Canada on November 30, 1840 to John Birks and Anne Massey, Henry Birks was one of ten children, a busy household no doubt. His parents were English immigrants from Yorkshire, England that moved to Canada in 1832. Henry's father was a pharmacist in what was then a city of just 30,000 people. Life was not easy in the cold and remote city and two of Henry's brothers suffered from cholera and died on the same day.

Henry took up commercial studies at the High School of Montreal and upon graduation in 1856, he focused on perfecting his French, an essential skill in the French-speaking area. In 1857, he was hired as a clerk at Savage and Lyman, a large and reputable Montreal-based company that was considered the finest jeweler and watchmaker in the region.

Birks worked hard, proved himself to his managers and moved up the ranks until he became a partner in the company in 1868, some 11 years after he was recruited. The next ten years had its ups and downs, and eventually, because of the company's financial difficulties, he made the bold decision to leave Savage and Lyman in 1877. For nearly two years, Birks worked for other companies, but the dream of running his own jewelry company kept nagging at him and eventually he decided to try to go at it on his on.

On March 1, 1879, and with an investment of C$3,000, Birks opened his own jewelry shop on Saint Jacques Street in the heart of Montreal's financial and commercial district. He started small and made a series of small steps on his way to establish himself. In 1880, a year after opening his store, he moved across the street to 385-387 St. James Street. A year passed by and Birks decided to move his name-sake store again, this time to the corner of Square Phillips. Something must have been right about this place as his business started to grow. This new location helped Birks establish himself and over the years, the Square Phillips location has become the flagship store of the Birks jewelry chain.

The store was active and Birks brought his three sons, John Henry Metcalfe, William Massey, and Gerald Walker to work with him. In 1893, Birks made them partners and renamed the firm Henry Birks and Sons.

With practically no other way for retailers to showcase their offerings to people that don't make it into their store, catalogues filled with pictures – often drawings of the products – and detailed textual descriptions were the only way to deliver the message. Henry and his sons understood that and decided to invest in creating a catalogue too. And so, to expand their customer base and reach potential clients that don't make it to Montreal, Birks & Sons introduced its first annual Birks catalogue in 1894. This form of marketing proved invaluable and for years to come served as an integral part of the Birks' marketing strategy.

It took more than adapting contemporary marketing strategies to grow, and Birks invested time in understanding the tastes of his clientele. He offered well-designed, expertly manufactured jewelry items that expanded their standard range of offerings, as well as created commissioned requests for bespoke jewelry. The company introduced a variety of firsts to further set itself apart from the competition, including heart-shaped ring boxes for marriage proposals.

The turn of the century found the Birks family well positioned to expand further. In 1901, Henry's eldest son William was named in charge of this growth plan and has set out to go beyond Quebec. The family decided to become a Canadian brand and started pursuing this goal with a very focused strategy, based among others on mergers and takeovers of competitors. The first store they opened the same year outside of Montreal was in Ottawa. Two years later, they opened another store in Winnipeg, and in 1907 they reached out to the west, opening a store in Vancouver. By now the company has become a chain that spans the width of Canada, with a store in almost every major Canadian city.

As he was slowly handing over day-to-day operations to his sons, and management to William, Henry Birks returned his focus to the local. Sales in Montreal kept growing and the family decided to accommodate this with a major renovation and expansion plan of the Montreal flagship store in 1907. First and foremost was the mood set by the store look, created by an ornate architecture. The expanded 18,000 square feet store also got an important upgrade, electrical and heating systems.

After he created a Canadian jewelry empire, and a familiar household name, 87-year-old Henry Birks died in Montreal on April 16, 1928. Today, the business he created and left for his sons to grow even further has a nearly 140 year legacy. Five generations of Birks ran and managed the company. In 1934, the company received a royal warrant. In 1954 it became the first jewelry company in Canada to open in a mall. In 1993, Jonathan Birks sold the company to the Regaluxe Group. Today, Birks is a publically traded company, with branches in Europe and an internationally recognized brand.

Dr. Lamont and the diamond industry of Botswana
Marcel Tolkowsky The Man Who Brought The Shine Out...