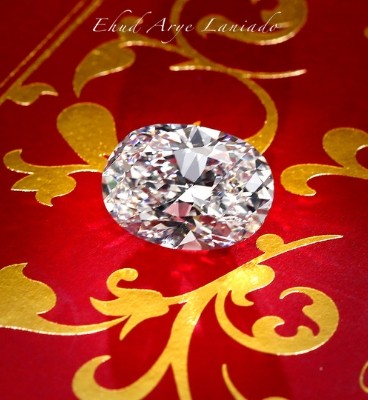 As yet another key pillar of Mercury Crystal Clear™, Ehud emphasized the need to improve pricing systems by using actual transaction prices rather than benchmark pricing, which has traditionally been more common in the diamond industry.

In addition, Ehud stressed that a transaction-based diamond pricelist, together with a pricing system that factors in all diamond characteristics found on a diamond certificate, is necessary to understand the true price movements of a category of diamonds.

In contrast, benchmark lists, which are usually based on the 4Cs alone, could wrongly indicate price movements as a result of comparing over a period two diamonds that have the same 4Cs, but have different irregularities, thereby not comparing apples to apples.

"Moreover, these lists do not take into account additional factors which affect diamond pricing beyond the 4Cs, namely comments and other irregularities. As we know, these factors can significantly affect diamond prices," he added.

Ehud also explained in the following passage, published in March 2017, the wider benefits of disclosing transaction prices : "Transaction price lists have many advantages, first and foremost being disclosure. We have nothing to be afraid of in giving our clients transaction prices, because anyone who adds value over the average transaction price can and should ask for the appropriate price.

Having knowledge of the transaction prices will eliminate any feeling among our clients, the retailers, that we are preventing them from knowing something of importance, that we are hiding something.

Disclosing transaction prices will also allow retailers to talk with confidence about the value proposition of diamonds, without worries that they are being cheated in any way, a sentiment that is growing in the consumer market, mostly in the US and in Europe.

Having this information available to the general public won't hurt the diamond industry any more than publishing wholesale prices of cotton has hurt the sales of the textile industry. Publicly-available transaction prices won't hurt the allure of diamonds; all they will do is give consumers an extra layer of confidence in the product we are selling."

A more detailed and technical explanation of how Ehud's polished pricing system can be used in practice, can found here.
The next blog will cover how​ Mercury Crystal Clear™ can be used to price rough diamonds through reverse engineering.​
Related articles: ​
The case for Transaction Price
Today's diamond buying public needs clarity on pricing that is Crystal Clear
Mercury Crystal Clear™: Gaining Transparency in the Diamond Market
Click here for more Insights from Ehud Laniado​
Tweet
pinterest
×
Stay Informed