Despite its relatively short history, Dubai is an upcoming diamond center that has quickly become an important center for the trade. Offering a modern bourse and a convenient location, Dubai is now a vital rough diamond trading center.

Dubai, one of seven emirates that make up the United Arab Emirates (UAE), is a country rich with gas and is an important port in the Persian Gulf. The emirate’s leadership realized that its natural resources would run out one day, and decided to act early by developing other economic ventures.

Glitter rising from the sands

Historically, long before the discovery of gas in the area, Dubai was an important regional trading center. Building on that basis, a free trade zone was created in 2002 and Dubai established a tea trading exchange within it. The zone – the Dubai Multi Commodities Centre (DMCC) – added a gold exchange and trading center, a gem trading center, and the Dubai Diamond Exchange (DDE) in 2004. For this purpose, in 2003 the UAE also became a participant in the Kimberly Process Certification Scheme. 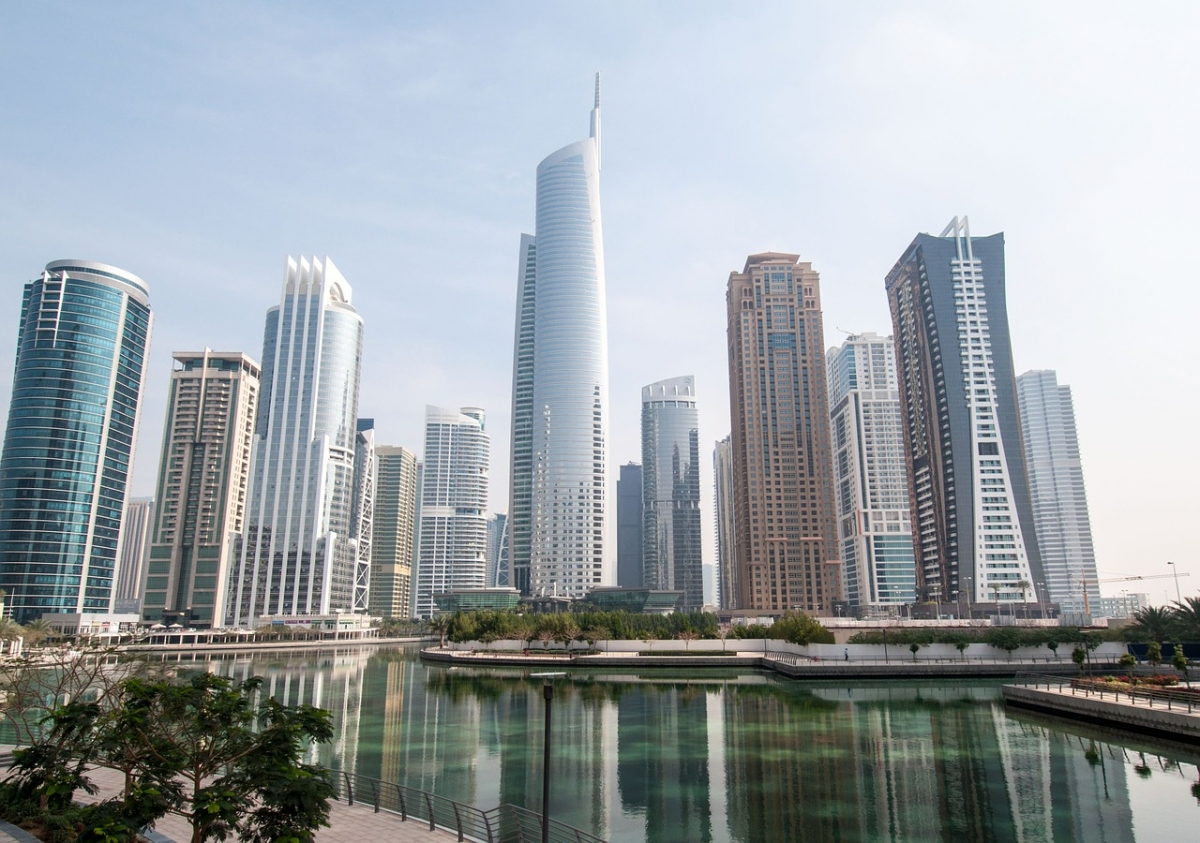 Offering a 50-year tax amnesty, the DDE became an attractive option for diamond firms, particularly for manufacturers looking for a way to improve their slim bottom-lines. Companies headquartered in India and Belgium, as well as other countries, opened offices in the DDE and started trading.

A key component for establishing this trade was the erection of the Almas Tower. Almas was established under the model of the Israel Diamond Exchange (IDE) and the Bharat Diamond Bourse (BDB), which was still under construction at the time. It provides a secure and closed environment that houses everything a diamond trader needs under one roof. It has the DDE trading floor, a facility for diamond auctions, diamond related services, shipping, safe rooms, banks and support services such as restaurants and shops.

The geographic location of Dubai adds to its allure as a diamond trading center. For the first time, there is a major diamond center in the heart of an important consumer diamond market – the Arab Gulf region. As such, it serves consumers in Saudi Arabia, Bahrain and the rest of the UAE, which purchased $4 billion worth of diamond jewelry in 2014, up 2% year-on-year.

The icing on the cake

Finally, in response to the recent decline in availability of financing in the veteran diamond centers, local banks have started offering an increasing level of financing to diamond companies in Dubai. These banks include Emirates NBD, Mashreqbank, and National Bank of Fujairah. This additional financing proved to be the icing on the cake, especially after Antwerp Diamond Bank announced its closure and ABN Amro announced that it was toughening financing approval requirements.

The combination of a secure and modern trading facility, a very convenient geographic location, and a growing availability of financing, transformed Dubai into an important trading center, especially for rough diamonds.

Demonstrating the quick rise of Dubai as a diamond trading center, consider the increase in the total value of trade over a period of less than 10 years. In 2011, the year prior to the formation of the trade zone, Dubai diamond trade totaled just $5 million. In diamond industry terms, there was no business. 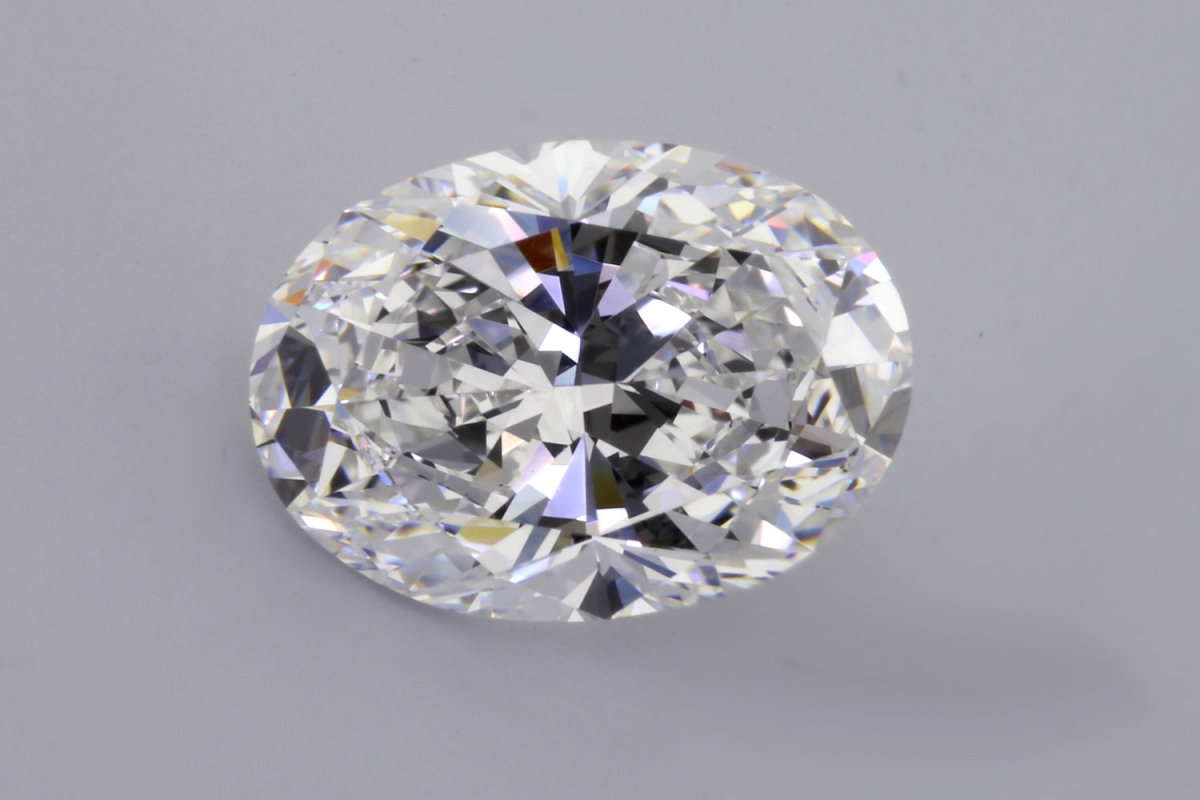 The rising role of Dubai as a diamond center seems to have come mostly at the expense of Antwerp’s diamond trade. The Belgian center suffered at the time from high taxation and a regime that made taxation costs unclear until the end of the year.  Furthermore, a series of Belgian police and tax authority raids on many of Antwerp’s diamonds firms. This caused fear and unpleasant environment for doing business.  Compared to the economic climate in Dubai, Antwerp seemed less favorable, leading to a shift in trade from the traditional center to the new one.

This shift seems to have slowed down in recent years. In 2013 and 2014, the size of Dubai’s industry remained at approximately $35 billion. Of this total trade, Dubai exported $8.3 billion worth of rough diamonds in 2014.

The rise of Dubai attracted more than diamond trading, manufacturing firms and banks. In 2011, De Beers Auction Sales opened an office in Dubai to serve its typical clientele: India-based small- to medium-sized businesses. Such firms may find the regular trips from Mumbai to Antwerp or Tel Aviv to source rough too expensive.

Moreover, after a short closure, Alrosa reopened an office in the DDE last year.

A call for change, a call for hope
Key Changes Offer Bright Future for Diamond Indust...