We are less than five months into the year, and 2015 already appears to be a year of fighting for survival and capital preservation. In the past, the trade always looked forward to the next trade fair or holiday for the next big push in sales. Now, just a month before the important JCK Las Vegas trade fair – the largest diamond and jewelry exhibition in the world, taking place in the most important market, and it seems that the industry is only looking forward to 2016.

How did an industry so full of optimistic and forward-looking traders get here? First of all, US consumers have lost some of their interest in diamond jewelry, which has led to a continuous decline in polished diamond prices. In the mid-stream, manufacturers set on growing inventories of high-priced polished while  a difficult financing environment of diminishing margins developed. In addition, diamond miners have increased their mining output, thrusting high-priced rough that did not match real consumer demand or willingness to pay current diamond prices.

Not all is bleak, however. In fact, there are a few positive signs that could create an important and needed change in the market. First, there is continued (and perhaps growing) interest in diamond jewelry reported in China, backed by rising stock exchanges in Shanghai and Hong Kong.

There continues to be a steady demand for polished diamonds in the US, even though most of the demand is for lower price point ranges. The US economy is generating more jobs and the unemployment rate has declined to historic low levels.

Last week’s Sotheby’s auction in New York totaled $65 million after selling 80% of the offered lots. These results once again prove that diamonds sell at better prices when they are accompanied by a story, carry a brand name or are set in beautifully designed jewelry. The 100.20-carat “perfect” diamond, an Emerald cut D/IF type IIa diamond, is such a diamond. Sold for $22,089,991, or $220,459 per carat, it sparked news stories and discussions around the world.

Diamond suppliers are trading some sealed rough diamond parcels from major suppliers in the last few weeks. Even though they are sold at cost or at a small loss on credit terms, the traders’ ability to sell them shows that some of the companies are enjoying a positive cash flow.

The decision on the part of Indian diamond manufacturers to reduce polishing by some 40% has helped them protect their cash flow and workforce. They are maintaining this policy, looking for creative ways to slow down the outflow of money even further. Indian school vacations has provided such an opportunity, a reason to close factories for a few weeks and reduce costs. Some may extend the time off, considering a full month hiatus.

After manufacturers refused large amounts of rough, the main diamond producers are now responding. They have not reduced rough diamond prices significantly, a move that would prove to be harmful. Instead, De Beers, for example, is reducing production, announcing that production guidance for the year will be reduced from 32-34 million carats to 30-32 million carats. Debswana, its joint venture with Botswana, has already reduced production.

According to market sources, some other mining companies are considering delaying tender sales of certain sizes and qualities while waiting for demand to pick up. Against this backdrop, it seems that the open rough diamond market has dried up. Rough diamonds on the open market continue to be a preference for many manufacturers as it allows them to buy what they need and at a price they can afford.

One factor that is consistent across all markets is the rather firm stand on rough prices. This demonstrates a belief in the price and strength of the market –  including the willingness to wait until demand is revived. Many in the market feared that due to the tough economic situation in Russia, the government-owned diamond miner would dump goods in the market to generate an income. That did not happen. According to some of Alrosa’s clients, they have been allowed to delay purchases of a substantial amount of the goods (40%-50%), taking only goods they need for meeting current orders and running their factories. Once again, a major diamond miner preferred reducing sales and maintaining prices rather than lowering prices and risking the avalanche that may follow.

Stocking up on rough and maintaining their price not only demonstrates their financial might, but their confidence in the future as well. More importantly, it helps protect polished diamond prices while lowering inventory levels.

Changes on the Horizon

The next DB Sight, scheduled to take place during the week of May 4th, is expected to be relatively smaller, at the $350-$450 million level. This is more in line with the current demand and digestibility of the manufacturing sector.

The upcoming Sight is also the first of the 2015-2018 Global Sightholders Sales contract. The new contract brings a few changes. It will include a new type of client, called Accredited Buyers. Unlike Sightholders, they will not have a predetermined supply. Instead they will be supplied with ex-plan goods (goods that DB offers to Sightholders in addition to their ITO’s). This means they will not have an obligation to purchase goods, which was one of the problematic issues in the past few months.

In addition to the Accredited Buyers, DB said it is adding a few more Sightholders, bringing their total number to 84 Sightholders.

Another change is the requirement from De Beers’ clients for International Financial Reporting Standards (IFRS) reporting. Sightholders have to comply with the new demand by 2017, and Accredited Buyers have to do so immediately. Along with it, clients are required to maintain a “maximum debt to equity ratio” to improve their financial stability and ability to withstand shakes and tremors in the market.

De Beers wants to ensure that their clients are financially sound. One of the advantages of IFRS reporting is its appeal to banks. Some of the major diamond companies have been already reporting according to these standards. This again shows that the diamond industry adapts to constant change.

One potential outcome of the focus on polishing smaller and cheaper diamonds may be a shortage of larger size and better quality diamonds, and shortages in other areas. They may prove to be the basis for reviving the bottom line. Already, some polished diamond buyers are complaining that they cannot find the certified diamonds they are looking for.

Shortages of fresh goods are noted in all the main trading centers in many sizes and qualities, especially VS and SI. At the same time, despite the quiet trading environment, wholesalers are holding on to their prices.

A side benefit of the manufacturing slowdown is that the bottleneck at the GIA was overcome, and turnaround time has improved from three months to two weeks.

With all these changes, I wonder if the adaptation to the new reality does not signal a consolidation of the diamond industry, a process mentioned in the 19.04.2015 market update. This has the potential of improving efficiencies and maybe even stabilizing the market. It results in a more constructive dialogue between the different components of the industry. And it provides a supportive environment for rough and polished diamonds along with mid-stream companies that will buy rough rationally, avoiding the speculative buying of the past that led to runaway prices. Polished diamond wholesalers that maintain polished prices and support retailers, along with banks that have confidence in the diamond industry’s strength and future, will complete this scenario.

The Market for Lab-Grown Diamonds

New technologies allow labs to grow higher quality diamonds, as good as D-F color, VS clarity goods in larger sizes. They can also make sets of synthetic diamond wafers for the electronics industry.

Lab-grown diamonds should have a parallel market to natural diamonds. It might respond to a need for cheaper gems for some. That being said, it cannot ever replace the promise of a natural diamond for those who can afford it, as has been the case with other lab-grown gems like Rubies or Emeralds (as we stated in a previous market report).

Lab-grown diamonds can enhance natural diamonds as an asset with a long lasting value. They might even be considered as a wealth preservation plan, as mentioned in the Crystal Clear™ system. It also makes much more sense for labs to grow diamond wafers for the electronics industry, which is currently 15 times bigger than the diamond industry.

We have reported on more and more banks that are providing credit lines to the diamond industry. We believe that the transition of many diamond companies to a more transparent reporting standard, like  IFRS, is a key element in encouraging banks to step in.

The National Bank of Fujairah (NBF) announced on April 12 the establishment of a specialized team focused on financing manufacturers and traders of rough and polished diamonds. The bank has brought on board industry experts from Antwerp Diamond Bank’s (ADB) operations in Dubai to run the business. The bank intends to primarily provide short-term purchase and sales financing to established diamond players as they ship rough diamonds from producing countries in the African continent, as well as from Belgium or other sources, to manufacturers in India and the Far East.

The Dubai Diamond Conference held last week continued to focus on becoming a trading hub for diamonds mined in India. The conference also included a session on ethics in the diamond industry as Dubai continues to build its importance as a responsible global diamond-trading center. 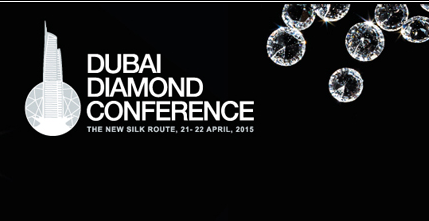 The views expressed here are solely those of the author in his private capacity. No One should act upon any opinion or information in this website without consulting a professional qualified advisor.