In a previous article, we looked at the buying behavior of consumers and how that behavior varies based on demographic factors such as age, income, and nationality. We have also looked at two recent additions to the consumer portfolio of options, namely recycled diamonds and lab-grown goods.

Now let’s look at how consumers’ decisions are being influenced by the marketing decisions of the industry as a whole. The consumer goods and services market is cluttered with a plethora of options competing for consumer’s limited resources. Technology is developing rapidly and leading to a leap in new product development on a scale not seen since the industrial revolution. Only an educated and coordinated marketing effort on behalf of stakeholders in the industry will safeguard diamonds as a premier purchase choice amongst the many rival alternatives. 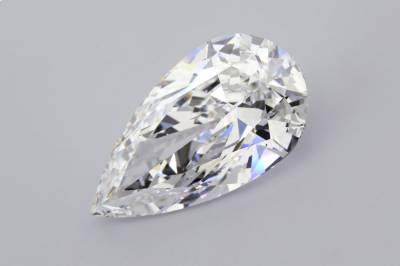 The Foundation of Diamond Marketing

It is impossible to speak about diamond marketing without starting at the De Beers ad campaign from 1947, which would establish diamonds as a symbol of love, and a must-have for couples of all ages. The “A Diamond is Forever” slogan, penned by Ms. Frances Garety of N.W. Ayer & Son, a Philadelphia based ad agency, went on to become the most influential ad slogan of the twentieth century according to Advertising Age in 1999.

At the time, diamond sales had been falling for decades, starting with the Great Depression and continuing afterwards. In 1938, a representative for De Beers wrote to N.W. Ayer to inquire about whether or not “the use of propaganda in various forms”  might boost the sale of diamonds in the United States. While a long time in the making, this ad campaign hit the mark with consumers and the trend of falling diamond sales would quickly reverse.

By 1955, an estimated 75% - 80% of wedding engagements in the United States began with the gifting of a diamond engagement ring, a trend that continues today. The ad campaign continued to run for decades as De Beers controlled more than 80% of global rough diamond sales and acted as a steward for the general wellbeing of the industry.

This began to change in the late 1980’s with the dissolution of the former Soviet Union and later the discovery of diamonds in Australia and Northern Canada. Over the course of almost 3 decades, De Beers saw their market share decrease to around 35% today. With this decline of influence, De Beers’ role as the custodian of the diamond industry began to unravel. De Beers would begin to focus more on the marketing of its own brand, and less on the marketing of diamonds for the benefit of competing firms.

Every Man for Himself

By the early 21st century, diamond marketing quickly became the responsibility of individual firms from midstream diamond manufacturers up to diamond jewelry retailers. De Beers established a new method of selling rough diamonds known as the “Supplier of Choice” strategy which ultimately reduced their number of rough diamond customers from around 120 to 80, focusing more on larger companies.

At the time, De Beers estimated that diamond jewelry makers spent just 2% of sales on advertising and marketing. This compared to 6% for watches and 10% for other luxury goods overall. SOC required that customers establish and maintain larger marketing budgets. One of the primary goals of this new strategy was to off-load the responsibility for marketing away from De Beers and onto other players.

Ultimately this strategy fell far short of its expectations as diamond companies focused mainly on the marketing of their own brands, and failed to establish or maintain demand for diamonds generally in the minds of consumers. New diamond cuts and shapes seemed to enter the market almost weekly, and consumers became confused and overwhelmed.

The diamond industry in the U.S. is a highly fragmented retail sector, with tens of thousands of individual retail outlets, mostly small single owner operations. Few individual companies had sufficient scope to influence consumers through direct advertising, and promotional efforts tended to focus on the branding of their own local store chains, rather than on diamonds themselves.

The last decade has been a difficult one for the diamond industry. In 2006, the Hollywood movie “Blood Diamond” brought international focus to the issue of diamond proceeds fuelling military conflict in war-torn African nations. While this issue has been largely eradicated by a coordinated effort of global participants driven by the Kimberly Process Certification Scheme (KPCS), the general diamond buying public continues to view diamonds with much skepticism.

A Solution in the Making?

Until recently, the industry has not responded well to these challenges. According to a study published by De Beers, between 2007 & 2013, advertising on diamond jewelry declined by almost 40% compared to other key sectors including electronics and fashion. The current crisis in the industry is compounding this problem further as ongoing losses caused by expensive rough are squeezing advertising budgets to the brink.

The good news is that the industry seems to be paying attention to the signs and early steps are being taken to ward off a complete collapse. In March of this year, the seven largest diamond producers in the world met to discuss the formation of an organization that would support development in the diamond sector, including engaging in generalized category marketing.

In May, the Diamond Producers Association was officially formed, consisting of De Beers, Alrosa, Rio Tinto, Dominion Diamond, Petra Diamonds, Lucara Diamond, and Gem Diamonds. The DPA’s mandate includes providing a reliable source of information about the industry, acting as a unified voice for diamond producers, and engaging with other industry and non-industry organizations.

Its members will share best practices in health, safety and environmental management, and supply chain integrity. The Diamond Producers Association (DPA) recently announced the appointment of several members of the board and senior management team.

One of the DPA’s central missions is to reestablish generalized diamond marketing for the benefit of everyone in the industry.

In 2012, the World Federation of Diamond Bourses (WFDB) launched a similar initiative with a program known as the World Diamond Mark Foundation. Founded on the premise that “diamonds and diamond jewelry can and must perform significantly better in the luxury product consumer market,” the WDMF sponsors ‘think tank’ sessions, targeted fashion shows and other industry events to promote diamonds and diamond jewelry globally.

Diamond brands are not new and have been around since the 1980’s, however they are gaining in popularity and increased marketing dollars are funneling into establishing brands. This branding initiative extends to both the retail store level, as well as the diamonds themselves, both in term of the diamonds cut, as well as its source and chain of custody.

In 2008, De Beers launched its Forevermark brand, first in Asia and later in the United States. Forevermark diamonds have a serial number embedded in them and are accompanied by a report giving consumers background into the source of the diamond as well as the grading specifications.

In 2014, the world’s largest diamond jeweler retailer by value, Chow Tai Fook, announced that it had purchased US based diamond brand Hearts on Fire. The HOF brand is now a showcase of Chow Tai Fook’s more than 2,000 retail outlets and branded concept stores have opened in cities around the world.

The establishment of brands has, for some, created a mechanism to maintain a premium price point while retail prices are driven down due to increased competition and the consumer’s access to information.

Generic advertising that keeps the diamond dream alive is one missing component. Another is greater transparency. As I have said time and again, there is a serious lack of clear, publicly available, detailed information. Consumers across the world already know that diamonds are the ultimate symbol of love, status and achievement. However the communication of this message has been confused in recent years. The concerns that consumers have about the value of their purchase can be overcome by equipping them with more details about the characteristics of a diamond and making the pricing clear.

The world needs to be reminded that the exchange of a diamond is a ‘requirement’ in the celebration of love, and that this exchange represents both a financial and emotional investment in the relationship.

Further, we believe that the industry can be re-invigorated by communicating an important, but often-ignored fact: Diamonds are themselves a physical asset, whose value has historically increased steadily and consistently over time. This revision to the industry’s marketing message will help to change people’s view of diamonds as an expensive extravagance, and remind them that diamonds are actually an investment with romantic utility.

Recent moves, including the formation of the Diamond Producers Association, are important first steps to re-energize the industry and inject new life to pull us out of the current slump we are in. It is incumbent on this, and other organizations to support the industry with universal marketing of diamonds as an eternal symbol of love and an asset which offers a potential additional path for wealth preservation in the long run. This must be done in the most transparent and clear way possible, to help consumers see past some of the recent challenges in the industry, and move forward to prosperity.