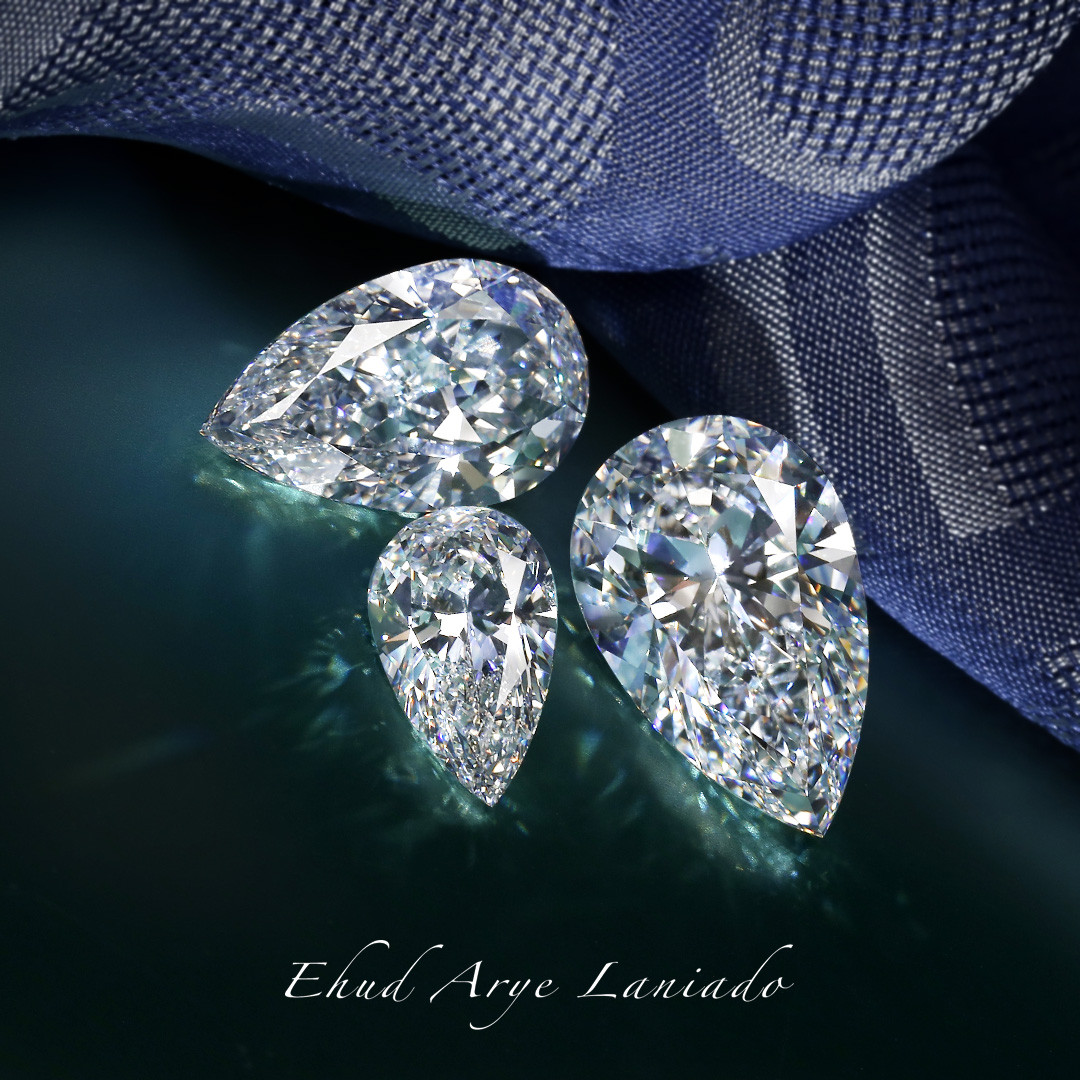 Although his mother wanted him to become a rabbi, she was willing to pay a $250 fee for him to become an apprentice diamond cutter. That was in 1948, not long after the end of World War II. The timing was just right, on the cusp of a period of financial prosperity. It did not take long for Goldberg to understand that he would not spend his entire life behind the diamond-polishing wheel. He quickly discovered that he was a trader at heart. His great instincts and love for the deal led him to establish a business "that brings joy into the lives of people every day," as his family tells it.

His secret, they say, was the understanding that a diamond's "make", the quality of the polish, was the most important characteristic of a diamond. So much so that he coined and trademarked the phrase, 'The Magic is in the Make,' which became the cornerstone of his reputation.

A diamond's make is responsible for bringing out its shine and sparkle, and also has a large impact on its ability to reflect light. William Goldberg understood that and let it guided his career. With that understanding, he founded Goldberg & Weiss with diamond cutter Irving Weiss in 1952. In 1973, he decided to go independent and formed the William Goldberg Diamond Corporation, which quickly became a leading diamond manufacturing business that later expanded into jewelry making. Not long afterwards, the company became a De Beers Sightholder.

The company went on to become known as one of the world's most prestigious diamond houses for its beautiful diamonds and diamond jewelry. One of the ways it gained such a stellar reputation was by polishing some of the most famous diamonds in history. Among them the Premier Rose, a 137-carat, D flawless pear-shape diamond. Another famous diamond is the 89-carat, D flawless Guinea Star as well as the 5.11-carat Red Shield, the largest fancy red ever certified by the GIA.

Goldberg's name is associated with several other well know diamonds, two of them are quite unique. One is the Pumpkin Diamond, a 5.54-carat Fancy Vivid Orange diamond and one of the largest Fancy Vivid Oranges the GIA has ever graded. Mined in Central African Republic in 1997, the rough stone was purchased in South Africa by William Goldberg. He polished the diamond into a cushion shape and auctioned it at Sotheby's where Ronald Winston, the son of Harry Winston, bought it for $1.3 million. In 2002, American actress Halle Berry wore the diamond to Oscars, where she won the Academy Award for Best Actress for her role in Monster's Ball.

The other diamond is also a very rare color – this one red. Goldberg's firm is credited with polishing the most famous and largest red diamond in the world, the diamond known today as the Moussaieff Red. The stone was cut from a rough stone weighing 13.90 carats and transformed into a 5.11 carat internally flawless trilliant cut fancy red (ruby red). The rough stone was found by a farmer in the Abaetezinho River at the Alto Paranaiba region of Brazil sometime during the 1990s. The diamond was acquired by Moussaieff Jewellers in 2001 for an estimated $8 million.

William Goldberg did not limit his activities in the diamond industry to trading. He felt a need to contribute to the industry as a whole. In 1978, he was elected to a two-year term as the as the President of the Diamond Dealers Club (DDC). He ran two more times and eventually served three terms, until 1984. Goldberg is renowned for advancing women in the diamond industry, opening up the DDC for the first time to the media, and making 47th Street a safer and cleaner place.

Goldberg is also credited for attracting people to the diamond industry. In the mid-1980s, Goldberg was featured in special issue of National Geographic magazine titled, Those Splendid Stones. His image, a huge cigar clenched between his teeth, with his flowing signature white mane, popping out of taxicab in London outside De Beers' headquarters to attend a sight set, an image for globetrotting, adventures around the world with a winning smile. A chance to do well while meeting the famous.

His achievements went beyond travelling well or improving security at the DDC. Goldberg was also a philanthropist, donating and raising money for the United Jewish Appeal (UJA), Yeshiva University, the American Society of Yad Vashem, and many other organizations and causes.

Succumbing to cancer in 2003 at the age 77, the industry and New York, the city he loved, did not forget him. In June 2006, the city of New York officially named East 48th Street, between Fifth and Madison Avenues, William Goldberg Way.