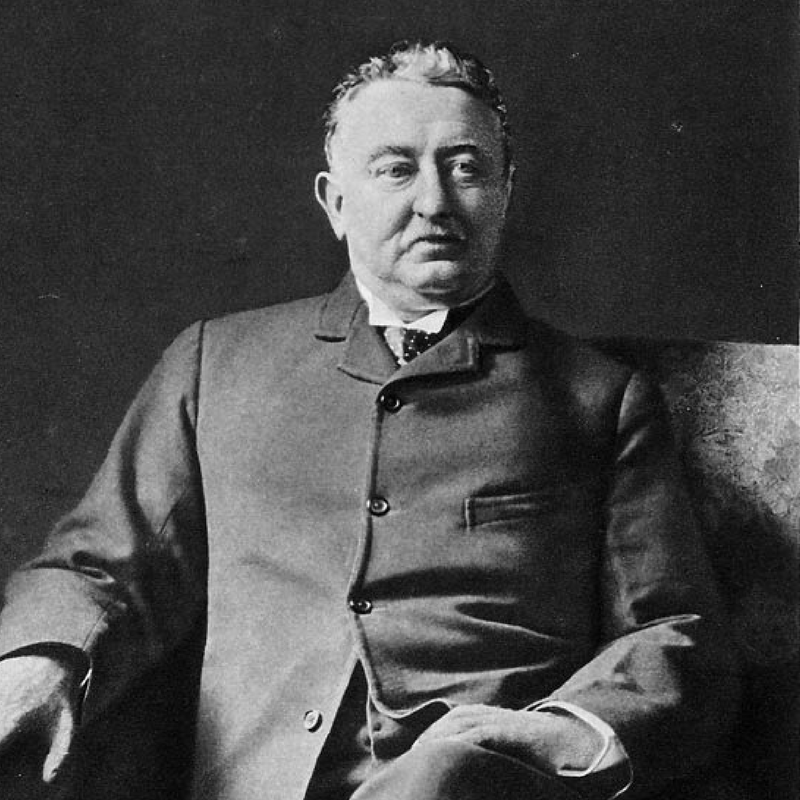 The early South African diamond rush began in 1866 with the discovery of the Eureka diamond on the banks of the Orange River by the 15-year old son of a local farmer. By 1869, the area was overrun with prospectors seeking their riches in diamonds. Cecil Rhodes arrived in South Africa from Hertfordshire, England as a 17-year-old a year later. He was a sickly child, and his parents hoped that the warmer African climate would be good for his health. He began working on his brother's farm, but soon realized that the cotton industry was no way to earn a fortune. He later moved to Kimberley to become an ice merchant, serving the flood of miners and prospectors working in the hot African sun. Using a combination of his own money, as well as financing from Rothschild & Sons, he began purchasing small mining claims and active mining operations around the area. He became well known for implementing new, more mechanical mining practices, which allowed him to achieve better mining results and profits than his competitors. He could often be found mining his claims himself along with his workers, and learned to sort and value diamonds.

Rhodes' wealth and influence in the area grew rapidly. He would go back to England to study at Oxford University in 1873, but returned to Africa after a single term to advance his business interests. Meanwhile, the Barnato brothers, Barney and Harry, were similarly acquiring mining concessions in the area. The brothers would become direct competitors of Rhodes. In an effort to undermine each other, both groups ramped up diamond production and output, causing a flood of diamonds to enter the market without anyone to purchase them, and diamonds prices crashed. Recognizing that consolidating all the mining activities in the area was the only way to restrict the supply to meet the demand, the two groups merged to form the De Beers Consolidated Mining Company in 1888. Rhodes would be named the founding chairman of the company.

The company was named after the De Beer brothers, who owned a farm in the area where diamonds had been discovered. The property saw as many as 20,000 miners descend upon it, forcing the De Beer brothers off their land. The property is now home to the 'Big Hole,' believed to be the largest mine in the world excavated entirely by hand. Later, Rhodes implemented underground mining at the site, which would take its depth to nearly 1,100 meters.

Already an astute businessman, Rhodes recognized that diamonds were a luxury product for the world's elite and nobility, mostly located in Europe and America. The company needed to keep its focus on mining, and sales to Europe's wealthy could not be made from Southern Africa. He helped to establish a group of ten diamond-buying companies based in London that would become known as the syndicate. These companies would bear the responsibility of selling De Beers diamonds to the world, and it was established that they would buy all of the mining company's diamond production. Rhodes also realized from past experience that over-supply could suppress prices, and so he controlled the rate of diamond mining and sales to ensure that supply was always just enough, or somewhat less than the demand.

After amassing a fortune in diamonds, as well as in agriculture, oil, and wine, Rhodes turned his attention to politics. Already a very influential man of his time, he would eventually become the Prime Minister of the Cape Colony, which made up a significant proportion of what is now modern-day South Africa, a position that he would hold from 1890 to 1896. His British South Africa Company acquired much of the land in what is now modern-day Zimbabwe and Zambia on behalf of the British Empire. The nation was named Rhodesia after him, because of his popularity with the local Afrikaners. The famous Rhodes scholarship still bears his name after he established the fund in 1902, the year of his death. The scholarship is still considered one of the most prestigious in the world, and sends recipients to study at Oxford University. Historian Richard A. McFarlane has called Rhodes "as integral a participant in southern African and British imperial history as George Washington or Abraham Lincoln are in their respective eras in United States history".

Despite Rhodes' many accomplishments in a lifetime that spanned just 48 years, he is still considered by some to be a very controversial figure. Rhodes was well known for his racist views about the superiority of the Anglo-Saxon race, and was a champion of the effort to extend British imperialism throughout the world. In his last will and testament, he stated: "I contend that we are the first race in the world, and that the more of the world we inhabit the better it is for the human race". In April 2015, after months of student protests, a statue of Rhodes was removed from the University of Cape Town. Students cheered and threw paint on the statue as cranes hoisted it away. In a 2002 BBC poll of the 100 greatest Britons of all time, Rhodes failed to make the list despite his many accomplishments. A 2004 SABC television show ranked him as the 56th greatest South African.

Notwithstanding these caveats, Rhodes' contributions to the diamond industry helped to shape the modern day business. He consolidated diamond mining in Southern Africa into one company, and helped build the sales system that would remain mostly unchanged for more than a century after his death.