Dec 22 Posted by All Diamond in Opinion 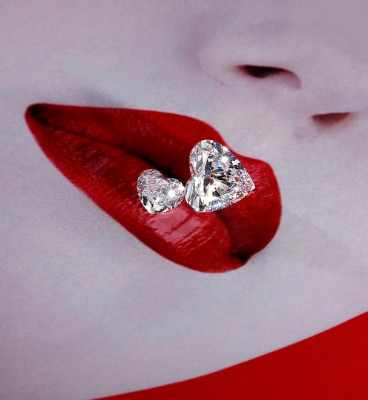 Joseph Goldfinger was born in the 1920s in Lithuania. He was studying to be a rabbi when World War II forced him from his home and sent him to Palestine. Once there, he continued his religious studies and made a living as a teacher. In 1944, he entered the emerging diamond industry in Netanya as an apprentice cutter and began dealing in both rough and polished diamonds. Just two years later, he would partner with a good friend and fellow Lithuanian Zorach Fluk to form Goldfinger-Fluk, an independent diamond manufacturing company in Tel Aviv. In 1949, De Beers invited Goldfinger to London to attend one of their Sights. Later that year, Goldfinger-Fluk would become one of the first DTC Sightholders in Israel.

Over the coming years, Goldfinger's business would grow rapidly and expand into all aspects of the diamond midstream, including rough and polished, and dealing and manufacturing. He would develop a unique specialization in melee sizes that were less of a focus of the Israeli cutting industry. But he would also develop a skill for cutting large and important diamonds. During negotiations for a huge diamond, a De Beers executive once told Harry Winston that "the only two people in the world who could buy such a stone are you and Goldfinger."

Goldfinger recognized that the diamond industry was characterized by peaks and valleys, and began importing rough from a variety of sources; both for his own manufacturing operations and also for re-assortment and sale to other manufacturers as a dealer. He built his business to have many sides, believing that the strength was in hedging against fluctuations that would arise from time to time. He was once quoted as saying, "There are no bad times in the diamond business. There are always new possibilities. But you have to look for them. You have to try new ways. You have always to balance possible risks against prospective gains." He would also be known for his uncanny skills at sizing people up for credit terms. He always relied on his own personal judgement of a person's creditworthiness and was known to have given credit to those who had been refused by others. He made it a point to know each of his customers, and often learned something about their personal lives and families. Whenever he was invited to a social function like a wedding or bar mitzvah, he would somehow always manage to sell a parcel of diamonds in between the festivities.

Goldfinger's role in the Israeli industry and his clout with De Beers would get a huge boost in the 1960s during the so called 'silver bear' crisis. In the bourses of Antwerp and Israel, a flood of small identically cut and proportioned Russian diamonds began to hit the market in huge quantities. These stones were so similar to each other in every detail that Joseph Asscher concluded that the only possible explanation was that the Russians had developed automated polishing machines that could replicate these exact proportions. This presented a major problem for the De Beers cartel, which at the time controlled most of the diamond market, including most Russian production. It was also a major problem for the Israeli cutting industry that was also among the world's largest.

De Beers recognized that these silver bears had to be purged from the market to prevent the Russians from developing their own marketing channels and bypassing De Beers. By the late 1960s, Goldfinger had become one of De Beers' most trusted men in Israel, and they turned to him for help. Not only did he have vast experience in marketing small polished diamonds, but he also had a strong interest in preventing the Russians from making inroads into this market. The plan was to send Goldfinger to Russia to buy up as many of the silver bears as he could, and specifically the ones destined for American and Japanese consumers. However, the Soviet Union at the time often bowed to Arab demands for a boycott on Israel and refused to deal directly with Goldfinger. Instead, Goldfinger arranged for I.Hennig to buy the diamonds from the Russians in London on his account, and he would later take possession of them. Goldfinger's pre-emptive purchases succeeded in stabilizing the market and may very well have changed the direction of the diamond industry at the time.

1962 was a turning point for Goldfinger's business, when De Beers gave him a dealers Sight. This meant that he received diamonds not only for his own manufacturing, but also for re-distribution to other diamond manufacturers. This prompted him to establish offices in New York, where he quickly became a major player. By 1973, he was receiving up to $20 million per Sight and reportedly became De Beers' third largest client. In Israel, he became known as a custodian in between the mining company and the undercapitalized, and sometimes inexperienced Israeli cutters. A man of the people, he would earn the nickname Mr. Diamond. Monty Charles, one of the principal architects of the modern diamond industry and a director of De Beers, once referred to Goldfinger as "doyen," which is defined as the most respected or prominent person in a particular field.