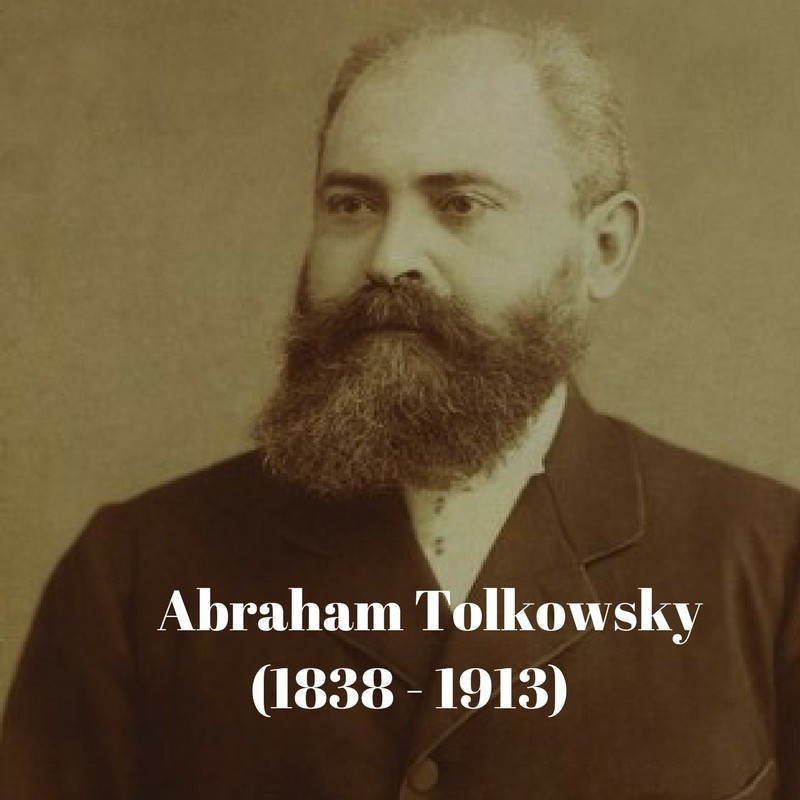 The Tolkowsky dynasty began in the early 1800s with Abraham Tolkowsky, who was a talented diamond and precious gem cutter and dealer. He was well connected, and became a recognized diamond dealer to European nobility.

The Tolkowsky name is legendary in the diamond business, and synonymous with expertise and precision. The firm bearing its founder's name is still active today, run by the seventh generation of this illustrious family. Over the years, various family ancestors have been responsible for major breakthroughs and innovations in the craft, and have been a part of cutting some of the most important diamonds in the world. The Tolkowsky dynasty began in the early 1800s with Abraham Tolkowsky, who was a talented diamond and precious gem cutter and dealer. He was well connected, and became a recognized diamond dealer to European nobility. He moved his family from Bialystok, Poland to Antwerp to work in what had already become the center of diamond trade in Europe at that time. Several of his nine children would work with him in the family business. His sons Samuel and Maurice would establish themselves as professional diamond cutters, and would eventually carry on the family's growing legacy.

Abraham always stressed the importance of the technical side of their trade to his children. In 1840, Maurice Tolkowsky, along with another famous diamond technician, invented the earliest diamond bruting machine. This would set the stage for the creation of many never-before seen diamond cuts, and would also significantly reduce the amount of time needed to complete a finished stone, while improving rough yields. Maurice's brother Samuel was a founding member and the first elected chairman of the Antwerp Diamond Exchange.

Maurice's nephew Marcel Tolkowsky had learned how to cut diamonds by the time he was nine years old. Later in life, however, he was more inclined towards mathematics and engineering. True to his family's technical traditions, he began to study diamonds from a mathematical perspective. For his 1919 Ph.D. thesis in mathematics at the University of London, he produced a landmark book called Diamond Design. His two-dimensional model was designed to consider the three factors determining light in diamonds: fire, brilliancy, and sparkle.

Fire is the extent to which light will reflect spectral colors. Brilliance is the white light that returns to the crown of the diamond. Sparkle (or scintillation) refers to flashes of light reflected from the crown. Marcel wanted a design that accounted for table-size, pavilion, and crown angles, in order to show the diamond at its most stunning. He realized that cutting a diamond too shallow or deep would cause light to escape unnecessarily. After extensive research and experimentation, he finally fell upon the ideal cut diamond, a.k.a. the Tolkowsky cut, Tolkowsky brilliant. His work also established the 58-facet stone, which has since been incorporated into even more brilliant cut varieties. His standards for proportions are in use to this day, with some minor modifications, as the optimal standard for cutting a round stone.

Tolkowsky migrated to the United States in 1940, and continued to work in the industry as a designer and dealer until his retirement in 1975. He was a long-time member of the Diamond Trading and Precious Stones Association, and also the Diamond Dealers Club of America, where he served as chairman during his more than 50-year membership.

While not bearing the famous family's surname, Lazare Kaplan was the first cousin of Marcel Tolkowsky, and was an apprentice of his uncle Maurice at the age of 13. At just 20 years of age, he founded Lazare Kaplan International in Belgium. Because of his age and lack of experience, he struggled to get rough stones from wholesalers, who preferred to deal with established firms. He was forced to buy more undesirable, irregular, and complicated diamonds. This turned out to be a huge blessing, as he learned how to profit from these difficult diamonds, and became a major buyer of stones that dealers would otherwise struggle to sell. While on a visit to the US in 1914, war broke out in Europe, and Kaplan was unable to return to Belgium to retrieve his assets. He was forced to start over with a small loan from a friend, where he continued his traditions and built his company into one of the biggest firms in the industry.

Abraham Tolkowsky's great grandson Gabi might be the best-known member of his family today. Gabi followed in his family's footsteps, and by the age of 20 was already regarded as a master cutter. Today he is considered amongst the greatest diamond cutters ever. In 1988, he was given the honor of cutting a 599-carat piece of rough to commemorate De Beers Centenary anniversary. He and his team worked on the stone for more than three years before it was finished. They even spent nearly a year designing and building a laboratory that was free from any mechanical vibration, dust, and temperature variations that might hinder their work.

The finished modified heart-shape 273.85-carat Centenary Diamond remains the largest D-Flawless diamond in the world, heralded as one of the best-cut diamonds in history. Tolkowsky also had the honor of producing the largest cut and faceted diamond ever, the 545.67 carat Golden Jubilee. Interestingly, the Golden Jubilee was given to Tolkowsky by De Beers in order to experiment with cutting techniques and tools before cutting the Centenary. Gabi is also credited with the invention of the 'flower cut' and the Gabrielle brilliant, a patented cut of his own design. The Gabrielle features 105 facets and is the only cut recognized as a triple brilliant, available in rounds and other fancy shapes. Buyers of this beautiful cut receive a certificate of authenticity hand signed by Gabi Tolkowsky, as well as a poem that he wrote about the cut. Gabi was knighted by the Belgian government with the title of Chevalier de L'Ordre du Roi Leopold II for his lifetime of service to the diamond industry.

The Tolkowsky dynasty is now run by the seventh generation, Jean Paul Tolkowsky. Jean Paul was a founding member of former DTC Sightholder Exelco, which had been a prominent company in the diamond midstream for nearly 25 years. Jean Paul, himself a master diamond cutter, worked alongside his father on both the Centenary and Golden Jubilee diamonds. In 2009, he was credited with the invention of the princess ideal cut diamond.
Tweet
×
Stay Informed