Diamonds for Wealth Preservation and Education 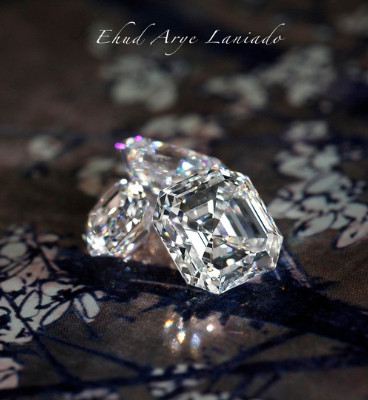 According to Ehud, education, like marketing, is an essential component in creating a critical mass of believers in diamonds for wealth preservation.

"There are many steps in creating a critical mass, and they involve different components that together, like the legs of a table, are all needed to maintain it. We are talking primarily about marketing, transparency, and education," he stated in early 2017.

"'Diamonds' should be synonymous with 'Wealth Preservation' in the mind of the public. We expect a meaningful part of the diamond stream to be offered through this category," Ehud stated in December 2014 . "This will include completely new education on how to perceive diamonds as a tool for storing value, serving the idea of wealth preservation with diamonds, one that fully departs from the memorable and outstanding "A diamond is forever" campaign."

Ehud believed that this process of education in diamonds is no different than that experienced by other industries that have sustained a critical mass of investors.

"Without widespread education, there would be no widespread appreciation of art, and without that, a critical mass would not have been formed to create an art market. Education starts early; in the case of art, as early as in kindergarten. For diamonds, that may be a little early, but science classes in elementary schools discuss volcanic eruptions, which is a prerequisite for diamonds appearing on the surface of the planet. Kids should know that diamonds are rare natural creations, formed at the depth of the planet over millions and even billions of years, and pushed to the surface by volcanic activity."

Ehud for instance believed in, and himself contributed to, museum programs aimed at informing the public on how diamonds are formed, polished, traded and used as well as on their rarity.

"When I gave the 110.3 carat, vivid fancy yellow Sun Drop on loan to the London Natural History Museum, it was a sensation. It created a buzz in the press, people flocked to the museum to see it, and the museum produced a lot of educational material around it, including a video clip with model Jerry Hall."

"We need to see this kind of effort expand far beyond the activities of auction houses. Just as the art world actively promotes art through education, art history, biographical information on artists, and information on specific works, so too should the diamond community play a role in promoting diamonds as an asset class."

Empowering the Consumer with Transparency

From Tulips to Diamonds: Why It's Time to Rethink the Diamond Market