From Guitars to Microphones: The World’s Most Expensive Diamond-Encrusted Products, Part 5

In our most recent series of publications, we have seen how creative designers have used diamonds, gold, and other precious gemstones to add both beauty and value to many ‘regular’ household items. Diamonds are both an object of splendor and one of the ultimate physical stores of value. Adding natural diamonds to anything is not only a great way to enhance its appearance, but also a way to convert it into an appreciating asset. So far we have looked at 40 different everyday items that have been made unique through the application of diamonds. Let’s take a look at another ten items.

Perhaps the most surprising company to set up a booth at the 2015 Baselworld watch and jewelry show was Gibson, arguably the most famous guitar maker in the world. They were there to unveil the $2 million ‘Eden of Coronet’ guitar, made as a joint venture between Gibson, jewelry designer Aaron Shum, and musician and designer Mark Lui. The guitar is a Gibson SA, studded with over 400 carats of diamonds, and made from 1.6 kilograms of gold. Henry Juszkiewicz, chairman and CEO of Gibson Brands, stated in a release: “the masterpiece is a joint effort of three distinct brands. The creativity comes from the process of blending ideas and cultures from different industries, which further solidifies Gibson beyond just a guitar brand. ‘Eden of Coronet’ is definitely an important milestone for what we target to achieve.” 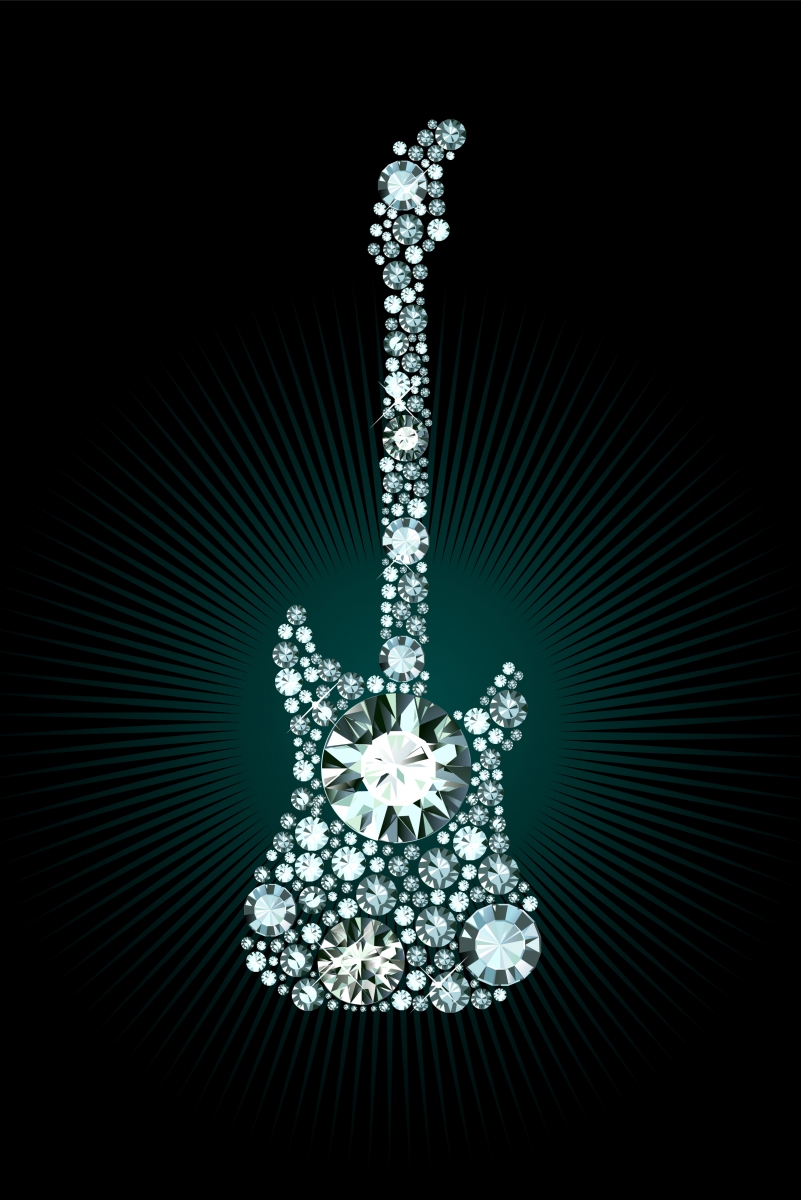 If you have the budget, the De Beers limited-edition diamond hourglass has been known to appear for sale at auction houses and galleries around the world, although most who are fortunate enough to own one keep them close to their chests. Created in 2000 a part of De Beers’ massive millennium diamond celebration, the hourglass is filled with 2,000 diamonds, totaling 36 carats, which are suspended in a silicone fluid. This allows the stones to cascade slowly to the bottom of the champagne flute-shaped hourglass. Prices range from $25,000 to $35,000. The hourglass is packaged in a unit known simply as ‘the box’ that has different shades of lighting, including fluorescent black light for a glowing effect. 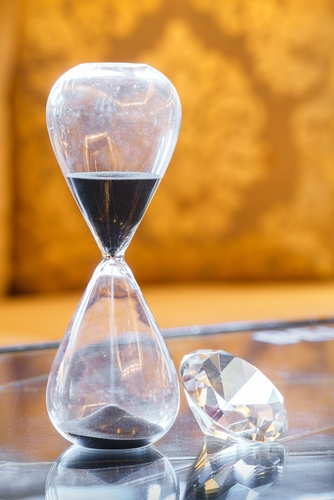 Five medals weren’t the only treasures American swimmer Ryan Lochte took home from the 2012 Olympic summer games in London. Lochte’s sponsor, men’s grooming giant Gillette, presented him with a set of razors, one plated in gold and the other encrusted with white, yellow, and champagne diamonds. While accepting his medals, Lochte also donned his now-famous $25,000 US flag diamond tooth grill designed by rapper Paul Wall and jeweler Johnny Dang. Despite the swimmer’s controversy at the 2016 Olympics in Rio, Lochte and Gillette remain in a sponsorship deal to this day. 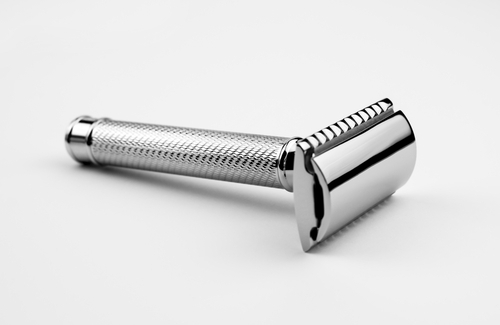 It should come as no surprise that the world’s most expensive iPad features both gold and diamonds. In fact, the home button is studded with a massive 8.5 carat round brilliant, along with another 52 diamonds, with a total weight of 12.5 carats. All the diamonds are flawless stones, and the iPad features 2 kilograms of solid gold, making it also perhaps the heaviest iPad in the world.

However, it is actually other materials that drive the massive $8 million price tag. While the back of the iPad features a diamond Apple logo, the front of the device is crafted from one of the oldest stones found an Earth, ammolite. The stone is more than 75 million years old, and a very limited amount of the material has been found in Northern Canada. To further add to its incredible rarity, the ammolite on the iPad features fossilized pieces of a 65-million-year-old Tyrannosaurus Rex thighbone. No kidding. Designer Stuart Hughes built two of the gadgets, and named them the iPad gold history edition.

French design company PlumeBlanche has added to its extensive line of artistic furniture pieces, with a limited edition sofa featuring diamonds set in platinum buttons. The seat also features the company’s logo in diamonds, mounted in the full-grain leather. Not surprisingly, only a limited run of these sofas are planned as a few people might struggle with the $190,000 price tag. Surprisingly, this is not the most expensive sofa in the world. That honor goes to the $409,000 stainless steel mirror sofa by architect Ron Arad. 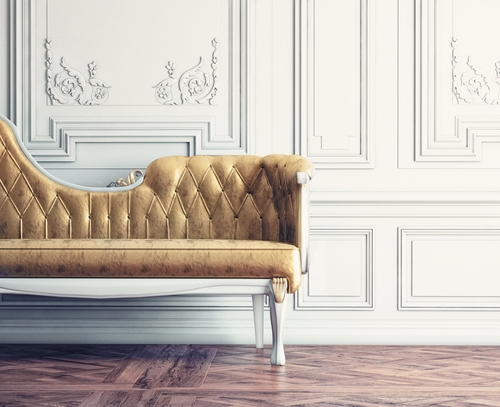 Diamonds have featured in many dresses worn by Hollywood A-listers and members of royal families around the world. However, the title of the world’s most expensive dress belongs to the ‘Nightingale of Kuala Lumpur’ by Faiyzali Abdullah, which debuted at the 2009 STYLO Fashion Grand Prix KL. The dress features a stunning 70-carat, pear-shaped diamond, along with 751 Swarovski crystals. An honorable mention goes to number two on the list of most expensive dresses, which features over 2,000 diamonds including several red diamonds, the rarest of the fancy-colored stones. 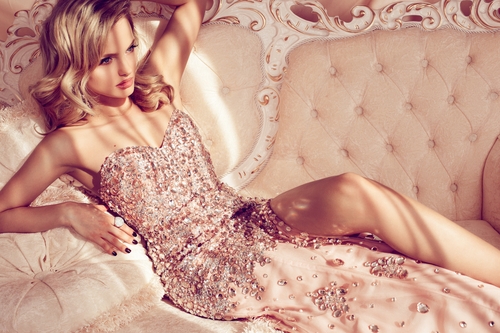 To celebrate its 40th anniversary in 2008, toy maker Mattel unveiled a diamond-studded Hot Wheels® car at the American International Toy Fair, which also coincided with the production of the company’s four billionth toy car. The car is cast in 18-carat white gold, and features colored diamonds to match the company’s original ‘Spectraflame’ color scheme. It uses blue diamonds for the body, red rubies and white diamonds for the tail and headlights, and black diamonds for the tires. Designed by celebrity jeweler Jason of Beverly Hills, the one-of-a-kind toy is valued at $140,000. It was unveiled with the help of recording artist Nick Lachey, and was auctioned off in support of Lachey’s chosen charity, Big Brothers & Big Sisters.

The iconic Rubik’s cube was first invented and patented in 1977, and has since sold more than 350 million pieces. It was first called the ‘magic cube’ and did not gain popularity until it was licensed to the Ideal Toy Co. in 1980. In 1995, to celebrate the 15-year anniversary of the Rubik’s cube, Fred Cueller of Diamond Cutters International created the Masterpiece cube. The piece is built of 18-karat gold, and the colored squares are fashioned from over 185 carats of various gemstones, including diamonds. It is rumored that Cueller spent more than 8,500 hours designing the piece. The fully-functional toy was presented to inventor Erno Rubik in front of an audience at the Liberty Science Centre’s ‘Genius Gala’ during the Beyond Rubik’s Cube exhibition event. The puzzle is estimated to be worth more than $2.5 million.

The world’s most valuable champagne glasses are the collaborative product of a team of five jewelers, who created the luxurious glasses in three months, from 8 kg blocks of quartz crystal. At the official opening of John Calleija’s second store in London, these glasses were the main attraction. Set with 1,700 white and pink diamonds, each glass is nearly 6 inches tall and weighs 250 g. They are finished with platinum, as well as 18 karat white and rose gold. Despite the $400,000 price tag, an anonymous Australian businessman who promised only to bring the glasses out for very special occasions quickly snatched them up. Perhaps it would be fitting to enjoy the world’s most expensive champagne out of these unique glasses. Known as the ‘taste of diamonds’, the champagne from Alexander Amosu costs $1.5 million.

R. Kelly wowed the crowd at the 2013 Chicago Pitchfork Music Festival when he performed with a $1 million diamond-studded microphone. Made and owned by Hollywood-based watch maker Giantto, the signature piece has been used by other music stars including Toni Braxton, Snoop Dogg, Kendrick Lamar, and Chris Brown. It is forged from white gold, and features 650 carats of diamonds.