From Teeth to Barbie Dolls: The World’s Most Expensive Diamond-Encrusted Products, Continued Continuing our look at some of the most expensive diamond-encrusted merchandise in the world, we have seen how luxe designers and artists are transforming everyday items into incredible works. Jewelry, it would seem, is no longer limited to the traditional pieces that we think of, like rings, earrings and necklaces. Just about anything can be made more dazzling with the presence of diamonds. Let’s continue our trip..

Rappers Lil’ Wayne and Birdman have become famous for their diamond teeth. The craze has gained traction, and is now a popular practice around the world, notably in India. Diamond tooth jewelry takes a few different forms. Commonly, diamond settings are made as a cap out of gold or platinum, and inserted into the mouth. These settings are known as ‘grillz’. However, new dental techniques exist whereby diamonds can be cemented permanently onto a tooth, and this process is offered by dentists all around the world. Lil’ Wayne’s mouthpiece reportedly cost him $150,000.

To promote the release of the Ocean’s Twelve movie in 2004, Team Jaguar outfitted two of their race cars with diamonds, which were inserted into the cars’ nose cones. Each stone was then valued at $300,000, and was loaned to the team by Steinmetz. In a strange twist of fate, driver Christian Klein crashed his diamond car into a corner before finishing his first lap. This created a frenzy as excited spectators surrounded the crash site looking for the diamond. But track safety officials prevented Team Jaguar from accessing the crash site for over two hours after the race ended, and by that time the diamond was gone, never to be found. Jaguar reportedly offered an X-type car for the return of the stone, but no one took them up on the offer.

While far from the most expensive motorcycle ever sold, the Lauge Jensen ‘Goldfinger’ is the world’s most expensive jeweled motorcycle. Lauge Jensen is a Denmark-based maker of custom motorcycles, a trend which has been gaining in popularity for years, as riders try to continually produce one-of-a-kind bikes. The motorcycle is plated with 24-carat gold and covered with 250 small diamonds, totaling more than 7 carats. The seat is upholstered with what the company calls a "unique cognac-colored crocodile skin" and the bike's parts, 859 of them, were individually gold-plated by hand. At a private auction in 2014, it was sold for $850,000 to an unknown buyer.

Jeweler Johnny Dang, famous in the US hip-hop circuit for creating outlandish diamond jewelry of all kinds, has created a set of diamond-encrusted boxing gloves. At three inches tall and 2.5 inches wide, they can’t really be used for boxing, although being hit by the hardest natural substance on earth might not be to anyone’s liking. The gloves consist of 35 carats of black diamonds and 10 carats of white diamonds, wrapped around a frame of 10-karat gold. The limited edition piece once sold for $20,000, but today’s value is anybody’s guess. 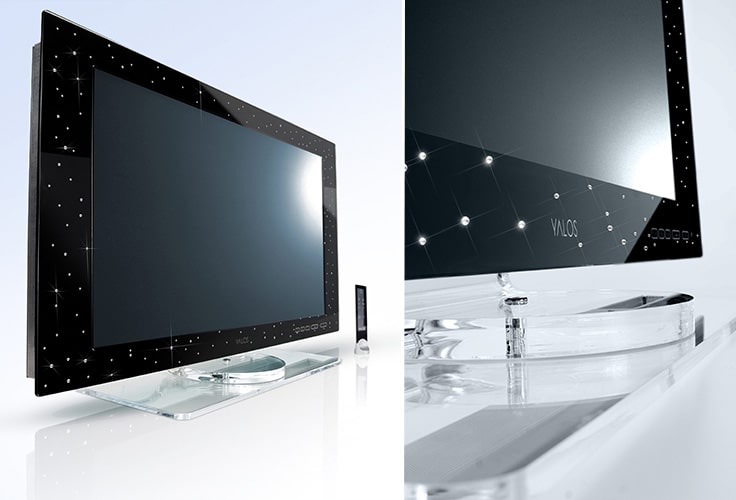 If you thought the price of Samsung’s new 110-inch flat screen TV was stiff, the Yalos diamond TV from Keymat Industrie puts it to shame. The $130,000 television set is made of unique materials, including 160 diamonds totaling more than 20 carats. Available in sizes ranging up to 52 inches, the unit was first introduced in 2006 at the International Fair of Berlin. But the value of this TV, which is sure to make anyone’s ‘Man Cave’ the envy of the neighborhood, pales in comparison to ‘Zeus,’ the 370-inch behemoth produced by British manufacturer Titan, which carries a value of $1.7 million. 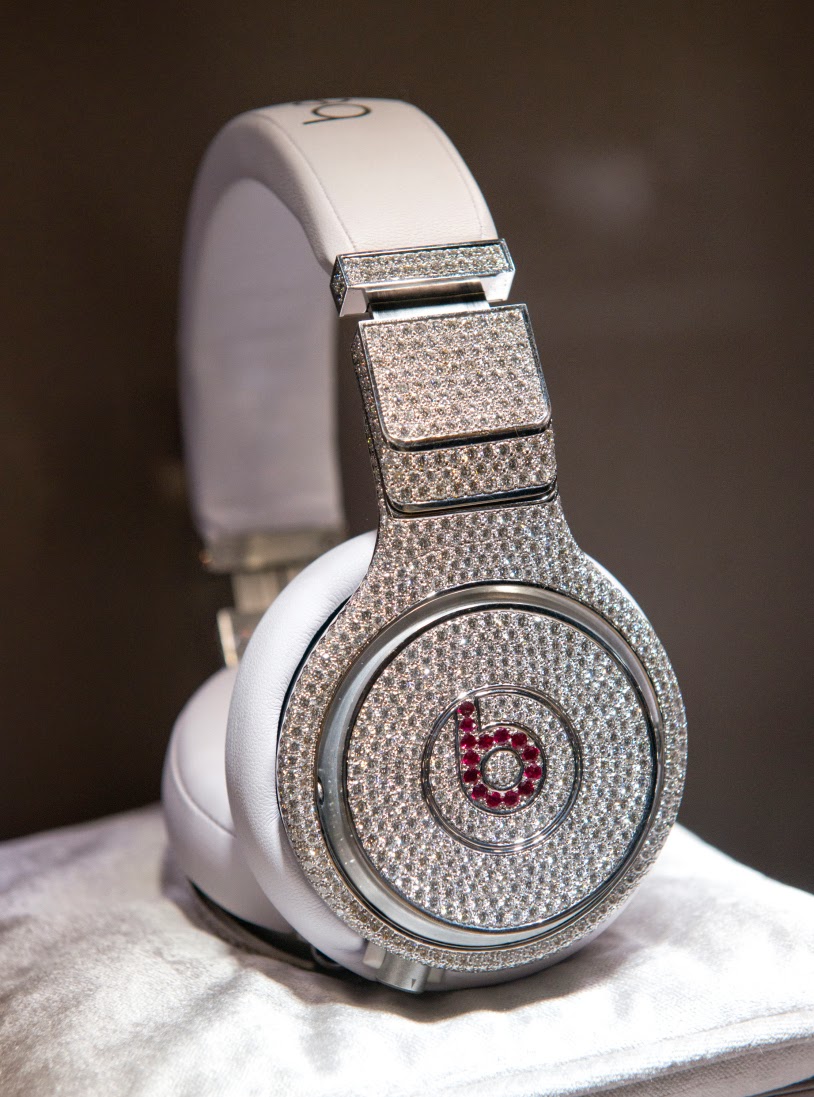 We’ve already seen how rapper Lil’ Wayne likes bling, but his one-million-dollar diamond encrusted headphones take the cake. He wore them at the 2012 NBA All-Star game at the Amway Center in Orlando, Florida. The headphones were actually first worn by LFMAO rap front man SkyBlu during the 2012 Super-bowl halftime show in Indianapolis. The device was made by Dr. Dre to promote his Beats line of headphones. Each diamond was hand fixed to the piece by Graff Diamonds artisans, and feature rubies for the iconic Beats “b” in the logo. While smoking is no longer in vogue like it was in the 1920s, there are still those who want to add a bit of luxury to their bad habit. The most expensive non-antique lighters in the world are produced by S.T. DuPont of Paris. The Ligne 2 Champagne lighter comes in a rose gold frame, with 468 small brilliant diamonds. With a price tag of $79,000, it’s probably not a lighter that you would want to lose!

The world’s most expensive Barbie doll was made in collaboration with toy maker Mattel and jeweler Stefano Canturi. It coincided with the launch of the 2010 Barbie Basics collection in Australia. Sold for the benefit of cancer research, it achieved a record price of $302,500, making it more valuable than even the first edition Barbie from 1959. The doll was adorned with a necklace of 3 carats of white diamonds and a 1-carat Argyle pink diamond as a center stone. The doll also had a diamond ring.

While many of us would balk at the idea of spending more than $20 on a computer mouse, there are those who would spend thousands to have their desks adorned with the finest computer peripherals available. The MJ Studios luxury VIP mouse is amongst the most expensive in the world, and not surprisingly, is encrusted with hundreds of small diamonds and built from rare white Australian strass. The mouse can be had for $34,500. The gold bullion wireless mouse comes in at a slightly higher price tag of $36,800. Framed in 24-carat gold, and built to resemble a gold brick, this mouse claims to be the most expensive in existence.

India’s Demonetization Impacts Diamond Industry. B...
Prices are Sinking, No Matter How You Measure Them