India’s Demonetization Impacts Diamond Industry. But Is This Change For The Better? On November 8, in a drive to fight undeclared money, corruption and counterfeiting, the Prime Minister of India, Narendra Modi, made a surprise announcement: that the country’s 500 and 1000 rupee notes of the Mahatma Gandhi Series will removed from circulation and will no longer be considered legal tender. The move sent shockwaves throughout the country and has impacted, among other sectors of the economy, the diamond industry.

The demonetization of the two notes caught India by surprise. Indians can deposit the notes at any Indian bank until December 30. For a limited time, the old notes can be replaced with new notes, with an initial limit of 4,000 rupee (about $58,2) per person, later increased to 4,500 rupees, and then lowered to 2,000 rupees on November 18.

According to the Reserve Bank of India (RBI), some 5.12 trillion rupee (more than $75 billion) were deposited at banks, and another 330 billion rupees ($4.85 billion) were exchanged for new notes by November 20. According to a PWC report, 98 percent of India’s consumer transactions are in cash, and the Indian Finance Ministry stated that the demonetization removes 86 percent of currency in circulation .

But not all of this cash is finding its way directly back to RBI. It seems that the low limit on note exchange, and the requirement to be identified when depositing, led many to seek alternative uses for their soon-to-be-canceled money.

A rush of spending was reported across the country. Cars, electronics, cigarettes, fuel, non-perishable foods, and many other consumer goods were purchased. The press reported a surge of expenditures on vacations and airline tickets, and even on medical treatments, during the first few days after the announcement. Train ticket sales for the better compartments rose more than 20 times during the days prior to the demonetization and tax payments. Both overdue and advance payments were made in cash, raising the level of tax collection, especially by local authorities. However, as the days went by, expenditures fell.

Impact on the diamond and jewelry sectors

All of this upheaval did not skip the jewelry sector. Gold purchases leaped an estimated 20-30 percent on the day after the Prime Minister’s notice, and gold prices increased more than 40 percent, according to a few reports.

According to reports in the market, there are businesses in the industry, particularly small jewelry retailers, that apparently had relatively large sums of unreported cash. They do business mainly with families that want to convert cash to gold, a common savings measure in the country.

With the initial rush for jewelry over, Indian consumers are now buying less jewelry than before, resulting in a near-freeze in consumer purchases. The impact of the drop in orders is a sharp drop in jewelry retailers’ own purchases of gold, gold jewelry and diamond jewelry.

The trickle-up effect is impacting small manufacturers. The sharp drop in retailer purchases led to a reduction in their own purchases. Currently, demand is very limited for low-cost rough, specifically Rejection +7-3 grainers and -7, items that recently sold for $30 p/c or less. Any willingness to buy these goods is usually for a much-reduced price.

It seems that some large firms are possibly also suffering from the demonetization. According to a few market sources, workers at several polishing facilities were offered payment in cash, three months in advance. Many are limiting their rough purchases, and refusing cash offers as payments for rough sold in the market.

A surprise outcome of the demonetization move was a drop in interest rates. According to the State Bank of India, it reduced interest rates on deposits of more than one year. SBI Chairman Arundhati Bhattacharya expects that “all rates will fall” because of the large inflow of cash and the slowdown in demand for credit.

The impact of cheaper lending for the diamond center in Mumbai is that diamond traders may find it easier to purchase rough. The question is will they do so, considering the drop in demand. The impact on other business activities is not yet clear. The Reserve Bank of India estimates that some 3 trillion rupee ($44 billion) will be taken out of India’s economy, as many holding undeclared bank notes cannot find a solution for their illegal cash. This will lead to a large contraction of the economy.

From our perspective, any change that helps improve an economy is welcome. I can only hope that the demonetization will not disable the Indian diamond center, but will instead instead help it to reduce bank lending, decrease rough purchases as the consumer market cools, and generally find a path to healthier trading. 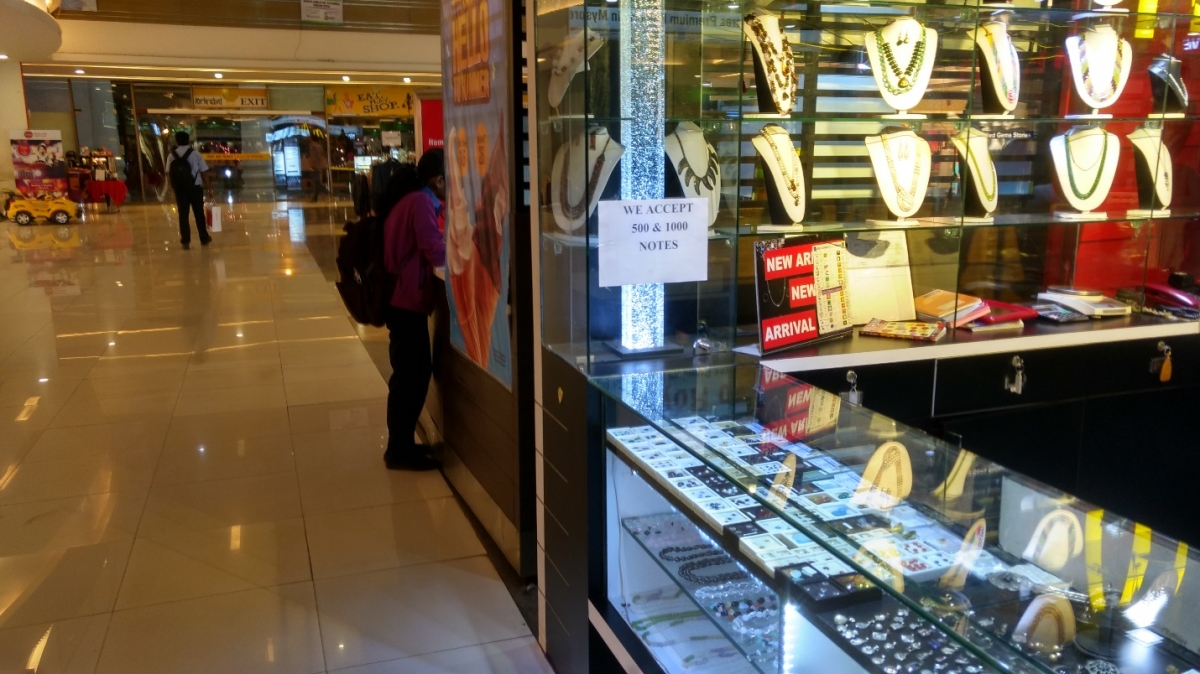 Tweet
Why are Rough and Polished Prices Disconnected?
From Teeth to Barbie Dolls: The World’s Most Expen...