India, where it all began

India has the world’s longest history when it comes to diamonds. It was in India that diamonds were first found. The early finds transformed India instantaneously into a diamond consuming market – where maharajas and other nobility wore the first ever jewelry items made of diamonds.

It is not clear precisely when diamonds were first found along the riverbeds and streams of the Indian subcontinent, however there are references to diamonds that go as far back as the fourth century BC, when Alexander the Great conquered India.

India, with its rich history of international trade, has been a diamond country ever since. What began as an early diamond-producing country and trading center has become a global leader of manufacturing and an important consumer market.

True to today, Golconda diamonds, mined in the in central Indian region of Golconda, are among the most sought-after diamonds in the world. Some of the most famous diamonds – including the Hope Diamond, Koh-I-Noor Diamond, Darya-I-Nur, Orlov Diamond and Sanc Diamond – are Golconda diamonds.

As trade developed between India and Europe, diamonds made their way to the royal European courts,  and by the 1400s, diamond jewelry and diamonds spun into clothing had become popular items.

The high demand for Indian diamonds saw the country’s diamond resources practically depleted by the late 1700s or early 1800s. 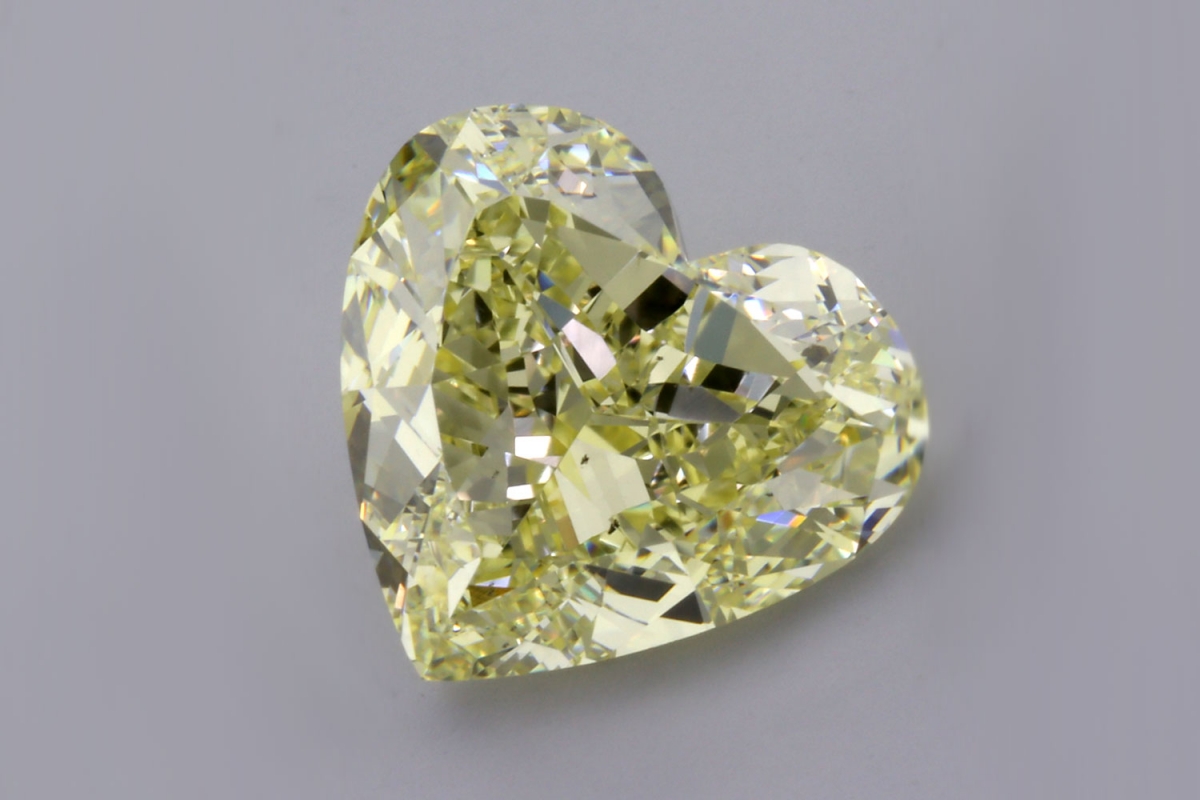 The twentieth century – the industry organizes

In the 1960s, Indian diamond polishers decided to formally organize the diamond industry in their country. A collection of semi-precious traders, polishers and jewelry makers – mostly from the Indian state of Gujarat – took to a new gem and sought to lift themselves out of their village poverty.

They caught the eye of De Beers, and started courting the industry giant for a steady supply of rough diamonds. While De Beers allocated at first only a small percentage of its goods to the Indian market, it decided to expand the offering by reclassifying industrial diamonds that bordered on gem quality as “near-gem,” and then supplied them to the Indians in great quantities. The first sight was granted to a consortium called the Indian Diamond Export Corporation.

At first, they worked on low color and clarity goods intended for the US market. The low prices of these diamonds required a very low-cost labor force, something the Belgian and Israeli manufacturing centers could not provide.

The Indian industry mainly cut and polished smaller-sized diamonds, weighing 0.20 carats and less. Some of the smaller diamonds were only partially polished, creating what is known as “Akht Kant” – from the Dutch eight cut, for eight polished facets.

It was a humble beginning. In 1966, polished diamond exports from India totaled a mere $17 million. However, this modest start, which faced a long road ahead, constituted the foundation of a new world diamond center.

A new age for diamonds

India’s critical leap into the modern era, and the start of a new chapter in the country’s diamond saga, followed a diamond find, this time in Australia. In 1985, large deposits of diamonds were found in Western Australia, and India’s polishers were the best equipped to polish these diamonds, which were mostly of low color and clarity.

Huge quantities of rough diamonds started pouring in, which required larger workshops. Assisted by growing finance facilities from local banks, these workshops quickly developed into large factories. This immense transition included shifting away from the large traditional polishing wheels called “Ghantis,” and adopting modern tools and machinery in their place.

Along with expanding knowledge of how to extract the most value form melees and the smallest and lowest-cost diamonds, the burgeoning industry developed new understandings for how to polish larger stones and higher-value goods. It quickly evolved into a leading diamond center, utilizing the best technologies on offer.

Over time, these developments turned the city of Surat into the world’s largest diamond manufacturing center, massively boosting the local economy. Local factories are among the largest and most modern in the world with highly skilled workforces, employing at peak nearly one million workers.

While Surat became the diamond-polishing center, Mumbai (India’s financial capital) saw the headquarters and trading centers of these companies flourish in its Opera House area in the southern part of the city. The expansion did not stop in India. Mumbai’s diamond families set up offices in Antwerp and expanded their global footprint. The Antwerp offices of these Indian companies ensured that a steady flow of rough diamonds – mostly traded in and supplied to Antwerp – found their way to India and Surat’s polishing plants.

In recent years, many Indian companies have expanded their activities to the growing diamond center of Dubai, which has become a trading hub for rough diamonds sourced from Africa.

A third center, also in Mumbai, developed in the free zone SEEPZ. This zone houses polishing facilities, but it is mostly home to jewelry manufacturing. All goods that come here for manufacture are designated for export. The combination of large quantities of rough diamond imports, constantly improving polishing skills, availability of financing and a local chain of supply from rough to jewelry manufacturing, has transformed India into the global diamond power house that it is today.

By the 1990s and early 2000s, the near-gem type goods were still being polished mostly in India. However, the center has long been able to handle any type of good and offers buyers a wide selection of nearly all goods, in any color/clarity/size and make combinations – and in large quantities. In recent decades, India dethroned Israel as the world’s largest diamond exporter.

In the early 1990s, the Indian economy took a turn towards more free market policies, giving rise to a new middle class that started buying diamond jewelry alongside the traditional gold jewelry. This boost to the Indian diamond industry gave it a new and growing consumer base that benefited from a crucial force. De Beers decided to include the Indian consumer market in its generic marketing campaigns as well as launching jewelry lines,  thus the Indian diamond industry found an important additional source of income – its own local community.

The Indian industry outgrew Mumbai’s Opera House area, originally a residential district, and needed a new home. The next stage in the development of the country’s diamond industry was the erection of the Bharat Diamond Bourse (BDB), a sprawling complex of inter-connected buildings modeled on the Israeli diamond exchange format.

Located in Mumbai’s Kurla Banda Complex in the north of the city, the BDB is the world’s largest diamond exchange: 190,000 square meters spread over eight towers located in a 20 acre enclosed compound. It houses a trading floor, some 2,500 small, mid-size and large diamond companies plus a long list of service providers – from customs to banks, secure shipping and boiling services, to restaurants, security vaults and tool suppliers. It concentrated Mumbai’s entire diamond industry into a single modern facility with easy access and parking.

Today, India polishes 11 of every 12 diamonds, and accounts for an estimated 70% of the world’s diamond exports. An estimated 600,000 people work in the industry today. Some of the world’s largest diamond companies are Indian: including 33 De Beers Sightholders & Accredited Buyers and many other contracted buyers of the world’s major diamond producers. Indian diamond companies own and operate diamond-polishing facilities in Botswana, Namibia, China, Vietnam and many other countries across the globe.

Tweet
Not a Price Correction, But a Market Correction
Miners vs. the Midstream: Who Needs to Change?