Last week I presented here a theory that examined the cost of rough by reverse engineering the achieved price of polished. I concluded that cost of rough in the current market may be excessively high and that therefore room exists to reduce prices. This week, let us examine this same issue from another angle and see if the theory holds.

The average cost of polishing a rough diamond is about $60 per carat for labor and overhead. The typical yield of polishing, considering the high proportion of small and near-gem diamonds, is between 35%-40%. I will use the more generous 40% yield in the following calculation: 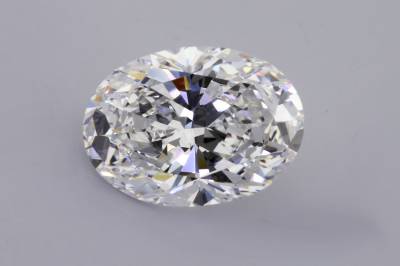 During a healthy economic year, $22 billion in sales of polished diamond that cost $20.65 billion to produce would leave manufacturers with a gross margin of $1.35 billion. This does not include the full cost of sales because it does not include significant marketing costs, such as the cost of operating sales offices around the world.

This in itself is a poor result for a normal year, which does not allow the midstream to make a profit and grow. Instead, it is forced to sell at high prices to polished retailers, who in turn had to sell goods at even higher prices to consumers without knowing whether consumers were actually ready to pay those prices. Consumers must decide how much they are willing to pay for their diamonds and thereby influence the price of rough, and not vice versa.

If prices are reduced by 20%, total sales will amount to $17.6 billion, meaning that manufacturers are facing a loss of $3 billion in 2015.

It must be stressed that even during a healthy period in which $5.5 billion of value is added to the $16.5 billion in rough cost to create $22 billion in polished sales, only $1.5 billion in gross profit remains for the entire industry, as I demonstrated two weeks ago. The net profit from the added value of $5.5 billion – the difference between $22 billion in polished sales and $16.5 billion purchase cost of rough – amounts to some 3%-5%. This is a very small profit, which manufacturers earn in their best-case scenario. That is the cause of the profound discontent in the midstream. Manufacturers have no room left for growth and therefore make no marketing efforts such as advertising, which might be the cause of decreased polished diamond sales to consumers.

The current crisis has placed the midstream – and by extension, the entire diamond industry – in a very perilous situation. Some might argue that it is near extinction.

The sole conclusion that can be reached from the situation described above is that for manufacturers to break even, rough diamond prices must be reduced by 18% from their level last year. If the rough diamond supply to the midstream were priced to manufacturers’ break-even point, the value of this supply would be $14.6 billion, not $16.5 billion. This is without including profit.

Diamond-mining companies have reduced rough diamond prices considerably so far, but not by 18%. Regardless of how supply, cost, price, value and volume are calculated, we arrive at the same conclusion – the gap between the current cost of rough diamonds and a cost that would allow profitability is tremendous and should be reduced.

• Difference between cost and sales: -$3 billion.

Over the past several years, the diamond industry consensus regarding “normal” practice has looked as follows:

This reality lies at the heart of the industry’s problems. This rolling crisis has now sunk to a further low.

As I have said repeatedly, the fundamentals of the diamond industry must change to drive profit. The aforesaid proves that rough diamonds are not priced to allow profit for the diamond pipeline midstream. High rough diamond prices push polished diamonds to retail at a high price without assurance that consumer demand exists at that pricing level. As a result, both wholesalers and the downstream (including consumers) have been affected by the unprofitability.

It is therefore unsurprising to hear news of another large diamond manufacturer facing closure. This event is part of a series of closures in the midstream and retail sections of the pipeline. These closures do not take place in a vacuum. They are probably partly a result of the current crisis. It is past time for a change.

South Africa: A Closer Look at the Diamond Industr...
The Awakening of Diamonds in China