Is the Diamond Industry Finally Going Back to Basics?

Last week, ALROSA held its third sales period of the year. The supply is currently estimated at $300-$350 million, about half of what De Beers supplied in February. The demand for De Beers’ rough diamonds was strong during and after Sight. Are we continuing to see such strong demand? Does this indicate that the market is getting back on its feet?

During the first quarter of 2016, ALROSA alone supplied about $1 billion worth of rough diamonds to the market over three separate sales periods. De Beers held two Sights during the quarter, supplying in total $1.155 billion worth of rough. Together with Rio Tinto, Dominion, Petra, Okavango and several other diamond producers, total rough supply is estimated at nearly $3 billion for the period. 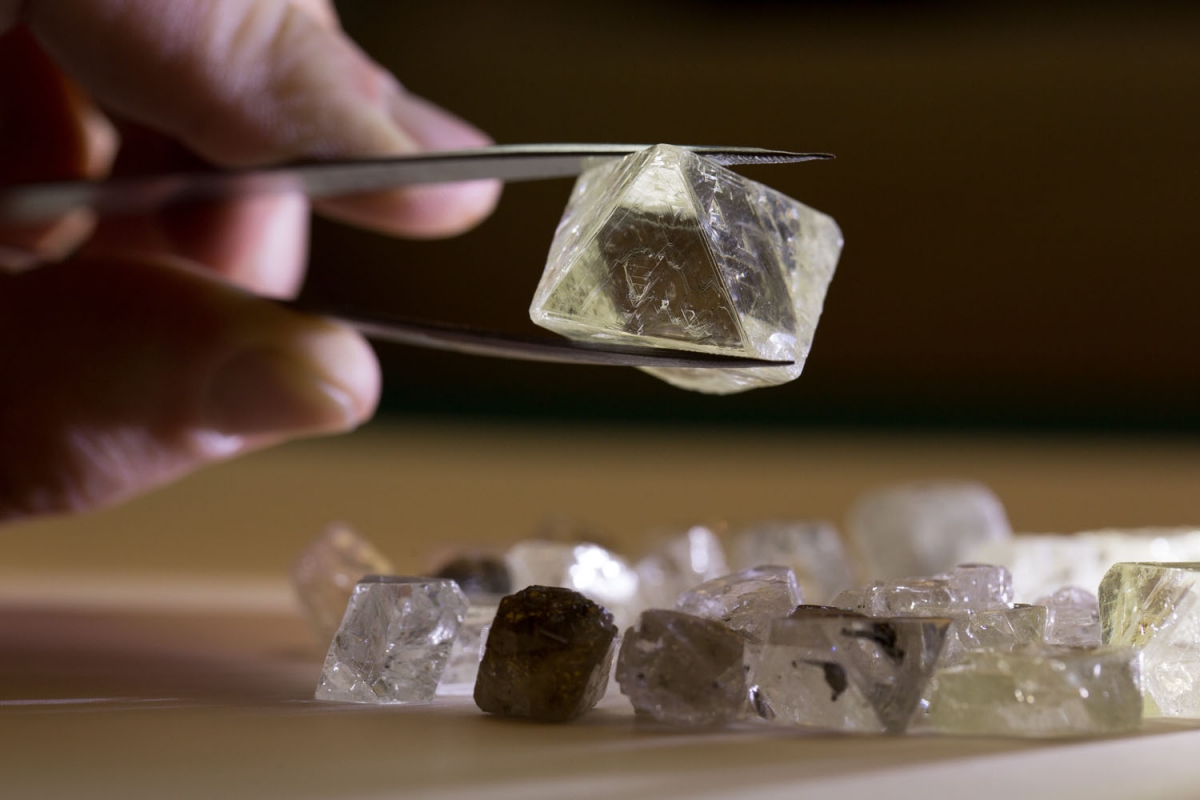 Is the demand justified?

Manufacturers have rushed to buy many of these goods, and secondary market companies paid significant premiums for them. This has raised the question voiced repeatedly in this column: is this demand from the midstream reasonable? Is it justified?

These questions contain within them several others. Is the price of rough appropriate, considering the price of polished diamonds? Is the volume of supply suited to market needs? Is the composition of the supply appropriate for where shortages exist and in light of consumer demand?

Over the past three months, especially since the high buyer turnout at De Beers’ first Sight of the year, I have repeatedly declared that consumer demand and inventory levels do not justify the rush to buy goods, especially when what is being sold is entire supplies of run-of-mine production and not specific items selected to address niche shortages.

That some shortages exist in the market is beyond a doubt, some goods sold during the past few months. Furthermore, even where inventories of polished goods exist, there is still a need for fresh supply because the cream of the crop has been sold. However these two facts do not justify the across-the-board demand that we are seeing. I demonstrated here last week that polished prices have not risen, not even during the Hong Kong trade show. Several weeks before that I proved that inventory levels are mostly unchanged and demands are limited.

Moreover, I expressed puzzlement at the demand for rough, which I blamed on excess supply of capital. The overabundance of financing in effect leads smaller and mid-size companies to buy rough with nearly no regard for the cost or potential profitability. This is unsustainable, and why I predicted the demand for rough to eventually subside.

Now to return to my original question: are we witnessing sustained strong demand, and does this indicate that the market is getting back on its feet? The simple answer is no.

Market not yet out of the woods

The first signs for declining demand were a cooling down in premiums paid for De Beers’ boxes following Sight 2 in February. The lukewarm demand during the Hong Kong trade show, especially given the lower prices of polished, constituted a further sign that goods are not yet moving at a pace indicative of an improving market.

During the ALROSA sales period last week, we saw another sign. ALROSA raised prices on some items, while lowering them on others – which together may be viewed as price adjustments. Overall, it did not change its prices much in March and as a result, it is currently a more expensive supplier of rough than De Beers. This in itself may have cooled the market a little. Also, as we reported last week, credit supply is shrinking. In Europe, banks are collecting as much credit as possible and limiting supply, banks in Israel are supplying credit only cautiously, and even in India capital utilization may also be in decline.

Finally, secondary companies’ willingness to pay premiums for ALROSA’s March goods has been very limited. Contracted ALROSA buyers seeking to offload their goods in the secondary market are finding that buyers are not willing to pay the same exorbitant prices as in February.

During the week, premiums hovered around 1.5-4%, depending on the item. Meanwhile, buyers were not necessarily small or mid-size companies. On the contrary, many larger companies were buying these goods. This is in stark contrast to last month when the larger, more cautious companies preferred to sell rough and enjoy the income from the sell.

This is a very interesting change in the market. The major manufacturers, those that make long-term decisions, are now willing to buy some goods – albeit very specific items – at relatively lower costs.

The decline in credit utilization in India is important. Last week we said that the decline in financing was not consistent across the board. We received reports from market sources that mid-size and small companies were maximizing their bank credit and loans to the limit while larger firms were reducing their dependency on credit.

Now we see that credit is down for everyone. The banks in India woke up to the reality of their near endless supply and found themselves knee deep in non-performing accounts and fears that some money would not be returned. This combined with the depreciation of the rupee, has seen credit supply in India recede.

If the picture above is an accurate one, then this is very good news for the diamond industry. I expect it to help bring the trade to focus on the core elements: price of polished, cost of manufacturing and sourcing rough according to real consumer demand and at costs that reflect the potential to generate actual profit.

The relatively small size of the ALROSA allocation and the narrow premiums paid for goods might be early signs that we are back to basics, operating on the basis of real needs, real capacities and long-term plans.

Nevertheless, many issues remain ahead of us:

With all these issues in mind, we are certainly far from being in the clear and continued caution is needed. At the same time, I am happy to see that a reduction in the volume of rough supply has seen prices of rough show the first signs of decline, while demand for polished shows early signs of rising, bank credit is being reduced and the industry gatekeepers are acting levelheadedly. Finally, we may be seeing early signs of a return to the basics that made this industry succeed in the past. Perhaps, just maybe, these light breezes of change hearken the first steps back to our collective success.