Our fragmented industry has embarked on a journey of restructuring.

Whilst our sector is gradually growing, our pipeline is gradually shrinking. Vertical integration has started to take off, with upstream companies moving downstream as well as the other way around.

It is probably not a coincidence that this trend took place at the same time as De Beers gradually lost market share - from 80% of the rough market in the 1990s to 35% today - and relinquished its role as industry champion.[1]

This loss in leadership, for example in promoting generic diamond branding to sustain consumer demand or in managing rough and polished diamond supply, meant that since the early 2000s, thousands of diamond companies have been left to take care of their own destiny.

I highlighted previously the challenges faced by a fragmented diamond industry - especially for the midstream and downstream - and the benefits of more consolidation, to help for instance stimulate industry-wide diamond branding, to strengthen company financials and to ensure more coherence between rough and polished diamond prices.

Whether through alliances, vertical integration or other consolidation options, we must all consider how best to adapt in order to continue adding value to our industry.

Business-as-usual is unlikely to be a viable long-term option.

Vertical integration in our industry is moving at a slow pace, but examples to date and from other sectors reveal some interesting insights on how this option could be further considered in the future.

They highlight the invaluable role to be played by all parts of the value chain, including the midstream through its manufacturing expertise amongst other strengths. They also demonstrate the variety of integration options available for us to consider and that the initiative can come from companies in any part of the pipeline. 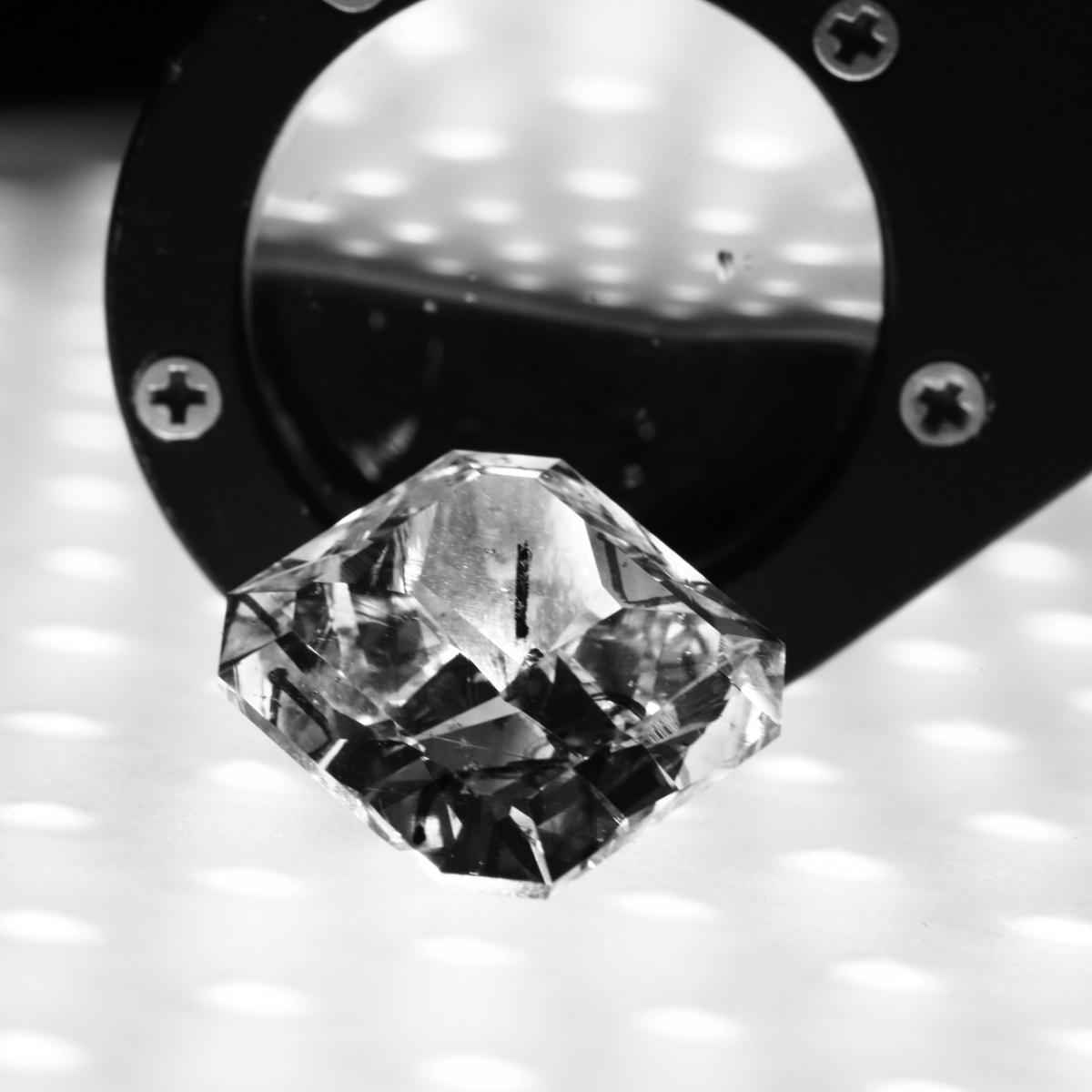 Jewellery retailers have increasingly tried to get closer to the diamond source in order to get more security on the supply of precious gems and to provide consumers with more transparency on traceability. Various routes to get upwards the value chain have been explored.

Tiffany has recognised early on the benefits of moving upstream and has since the early 2000s through its subsidiaries, opened manufacturing plants, secured Sightholder status with key diamond producers and invested in mine operations.[2] Today about 2500, or over 1 in 5 Tiffany employees work in the midstream market to help supply over 50% of its polished diamonds.[3]

Whilst Tiffany went through this integration journey largely by itself, other retailers have sought to leverage from the expertise of established midstream players. Both Chow Tai Fook and Signet Jewelers acquired manufacturing companies, whilst Graff established a joint venture with a diamond polisher.

Both rough diamond producers and manufacturers have taken steps to get closer to consumers in part as an attempt to follow the money. Most examples seem to point towards a collaborative approach with players across the value chain and with companies outside the diamond industry.

De Beers’ branded diamonds “Forevermark” is polished by select Sightholders and other manufacturers, whilst its retail chain De Beers Diamond Jewellers is formed as a joint venture with LVMH.

Gem Diamonds is said to hold on to some of the high quality stones it mines in order to manufacture them itself or in partnership with other midstream companies. The aim is reportedly to share in the midstream profits for 50% of production value by 2017.[4]

Miners have not always led the way to downwards integration. Indian jewellery manufacturer Gitanjali Gems transformed itself into a global retailer starting in 2006, buying U.S.-based Samuels and Rogers's jewellery chains.[5] 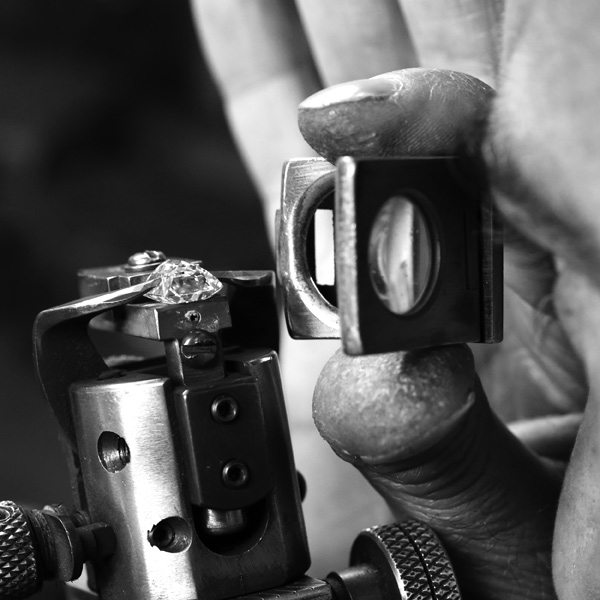 Vertical integration in other industries

The diamond industry’s attempts at vertical integration resemble the experience of other sectors.

In the luxury goods market, many downstream players moved up the value chain to get better control of the supply of materials that are essential for their sales.

Examples include LVMH’s stake in one of the world's top cashmere makers; investments by Bulgari, Cartier and other luxury watch brands in parts providers; and exclusive partnerships formed by Dior, Chanel and Hermes and other cosmetics players with plant growers.[6]

In the oil industry, upstream players such as Shell and BP that were primarily engaged in exploration and the extraction of crude petroleum decided to acquire downstream refineries and distribution networks.[7]

Midstream companies can play a key role in vertical integration

Experience from the diamond industry to date and from other sectors indicate that midstream companies can play an integral role in the process of vertical integration.

Both upstream and downstream companies have recognised the benefits of working with established midstream players, including taking advantage of their manufacturing know-how, their access to finance and their ability to handle large assortments of diamonds, which for instance are likely to be wider than the specific requirements of a single downstream player.

And so whilst I previously highlighted strategic alliances as one option that midstream companies can explore to strengthen their position vis-a-vis upstream and downstream players, another approach to consider is to integrate with players in other parts of the value chain.

It would seem to make more sense for instance for a rough producer to work with midstream clients like those who integrated with jewellery retailers that can handle larger volumes, are better financed and that can get better margins as a result of being closer to its consumers.

As illustrated by Gitanjali Gems or by other midstream players working in various capacities with De Beers, Gem Diamonds, Graff, Chow Tai Fook and Signet Jewelers, there is not a one-size-fits-all approach. Options vary from exclusive supply agreements, joint ventures, and investments to acquisitions.

Similar to alliances, companies must carefully consider whether vertical integration is appropriate, assess how best to go about it and seek legal guidance to ensure their approach does not harm healthy competition.

Not all attempts at vertical integration have proven to be a success, perhaps in part because each part of our industry’s value chain is highly specialised and involves a high degree of expertise.

Tiffany for example recognised that it may have gone one step too far adventuring into mining, apparently having had to write off some of the mining investments they made. "I think we want to let the miners do the mining" concluded its former CFO James Fernandez.[8]

Similarly, Signet Jewelers have reportedly stopped some of their rough buying and manufacturing activities, which according to the company just broke even.

A study by McKinsey & Co advises that whilst vertical integration can be a highly important strategy “don't vertically integrate unless it is absolutely necessary to create or protect value.”

Despite these challenges, the 5,000 midstream companies, 200,000 jewellery retailers and other companies operating in our industry might consider how best to join the moving train.[9]

The views expressed here are solely those of the author in his private capacity. No one should act upon any opinion or information on this website without consulting a professional qualified advisor.

Tweet
The Asscher: A Royal Cut
The Diamond Destined for Radiance