In our last article, I discussed how diamond jewelry evolved into the primary choice for engagement gifts around the world. Today, 4 out of 5 marriage proposals in the U.S. begin with the gift of a diamond engagement ring.

Where Is the Industry?

I have argued in the past that the consumer ultimately sets the price of a diamond by deciding on the price they are willing to pay. Looking at the trends in diamond jewelry purchasing can provide a window into the health of the industry, and help us all make decisions about the future.

Despite the plethora of options available to consumers in the marketplace, the diamond jewelry category continues to show steady year over year growth in virtually every part of the world. Since the global financial crisis of 2008-2009, diamond jewelry consumption has increased by an average of 4% each year, from approximately $67 billion in 2009, to $81 billion in 2014, according to De Beers. Estimates suggest that 2015 will continue this trend, with a growth of 3% expected this year.

This means that diamond jewelry consumption is only keeping up with global inflation rates, estimated at 4% per year. While some might see this as the failure of the industry to grow in real terms, it should be looked upon as an opportunity.

Most consumer products follow a predictable life cycle from introduction to decline. Diamonds have maintained an unusually long life cycle compared to typical consumer products. They currently appear to be in the maturity phase, perhaps trending towards a decline. This is evident as diamond sales continue to grow at a slow pace, but profits for those in the industry are declining. Declining profits result from margins getting squeezed by competition, and consumers showing high sensitivity to price increases. 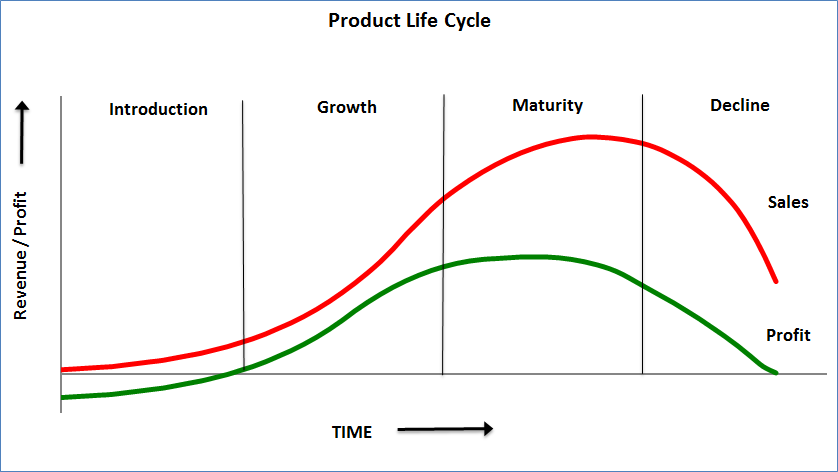 Yet the industry has managed to endure. Consumers continue to buy diamond jewelry despite the lack of focused industry advertising that helped establish diamonds as a luxury product in the first place. There are opportunities to change the direction of the industry by targeting a new generation of consumers, and educating them about the emotional appeal of diamonds. 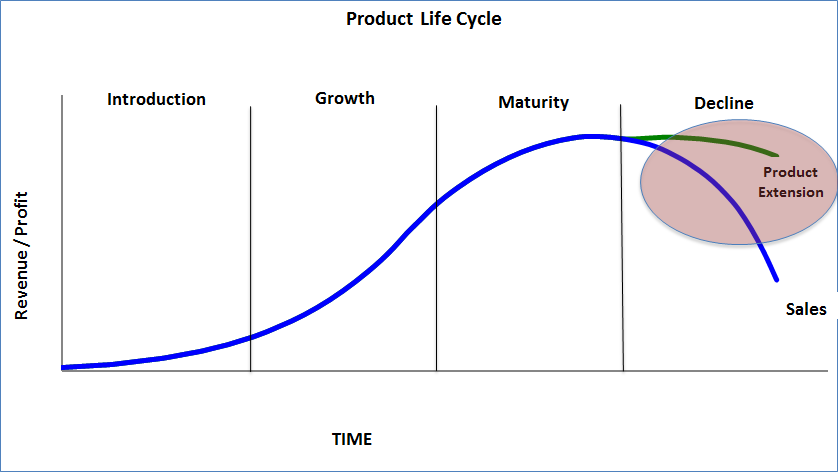 So Who Buys Diamonds?

Income has a more important bearing on the diamond purchase decision than any other variable. Other demographic factors such as age, ethnicity, level of education, or size of household do not have as strong an influence on diamond purchases as income. The more discretionary income people have to spend, the more they will spend it on diamonds.

And since diamonds “Are A Girl’s Best Friend,” it should come as no surprise that 94% of diamond jewelry will be worn by a woman. Recently, many retailers have launched designs that incorporate diamonds into men’s jewelry lines. This has shown some moderate success in the wedding band segment, as more grooms than ever before are incorporating diamonds into their wedding rings.

However, diamonds remain primarily a romantic purchase made by men, for women. But this too is changing. The structure of families across North America and Europe has altered dramatically in the past 30 – 40 years. Fewer than 10% of family households are single-income homes, and women make the vast majority of purchasing decisions for the family.

The income gap between men and women has been steadily shrinking for decades. This means that there are millions of financially independent woman with discretionary income to spend on diamonds. This can be seen clearly in a small but important segment of the jewelry market: single women, who purchase diamond jewelry as an indulgence for themselves.  At an estimated 10-12% of the overall diamond jewelry market, this group accounts for as much as $10 billion annually across the globe. For these women, diamonds are often seen as an outward expression of their success.

Even within the bridal segment, women are having a stronger influence on the design of their own engagement rings then ever before. Research suggests that 35% of women directly chose their engagement rings in 2013, while another 25% hinted at or advised their prospective fiancée on the decision. More than 53% of women who received an engagement ring in 2013 researched diamonds on the Internet, and this is sure to increase.

In the consumption cycle of a typical consumer, the retirement years bring a significant decline in almost all types of spending. We are now at the point where history’s largest and most impactful consumer group, the baby boomers, are starting to enter retirement and curtail their spending. This can be seen in the diamond jewelry segment as diamond consumption drops by about 50% in the post-retirement years after age 65.

The baby boomers were mostly children when De Beers began its “A Diamond is Forever” marketing campaign. This campaign is largely credited with establishing the value of diamonds in the hearts and minds of consumers. However, the future of the industry will rely on the children and grandchildren of this generation. In the absence of a similarly iconic industry marketing campaign, there is a risk that the millennial generation will not view diamonds in the same light as their grandparents. Millennials have whole-heartedly rejected advertising en masse, and advertisers are struggling to find ways to effectively deliver their message to this group of consumers.

Enter branding. Young consumers are more brand conscious than ever before. But unlike their parents and grandparents, young consumers are much more engaged with brands, and they expect companies to engage with them in return. More than 75% of millennial consumers report that it is important for a company to give back to society, rather than simply earning a profit. Companies must work hard to earn loyalty from these buyers, and they must continue to work hard to maintain it.

Global brands such as Apple, Nike, and Disney have managed to figure out an effective formula to achieve unprecedented loyalty among their consumer base. Diamond companies have taken notice, and their marketing has increasingly moved towards branding.

According to De Beers research, the percentage of consumers who reported purchasing a branded diamond engagement ring increased from 7% in 2002 to 36% in 2013. Companies throughout the diamond industry have taken notice of this trend, and more firms are looking at branding efforts to increase sales.

Yet the diamond market is highly fragmented. This is most noticeable at the retail level, with many tens of thousands of diamond jewelry retailers in the United States alone. No single company holds a dominant position globally. This makes it challenging for companies to establish a brand with scale that can appeal to young consumers like an Apple or Google might.

De Beers is a leader in this effort. In 2008, De Beers launched its Forevermark brand of authenticated diamonds. Later this year, De Beers plans to revive its “A Diamond is Forever” campaign in conjunction with the Forevermark brand. Similarly, Rio Tinto has been successful with the branding of its collection of pink diamonds.

The industry should take note of these efforts to ensure that diamonds remain a part of the consumer psyche for decades to come. 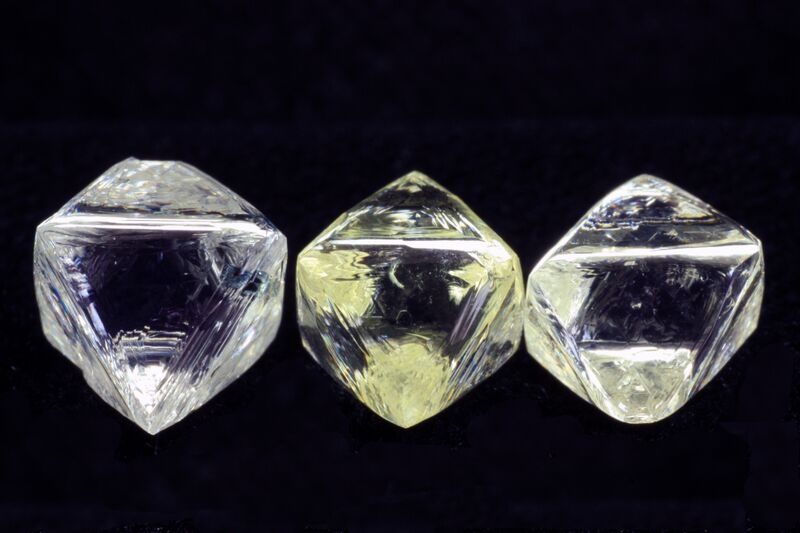 Another Consumer Segment for Diamonds

So far, we have looked only at the market for diamonds to be used in jewelry. However, one of the fastest-growing segments of the market is the diamond investment class, where investors consider diamonds as a potential investment grade asset.

Figures on diamond investments are not easily attainable, but some estimate that this now accounts for 5% of the polished diamond demand in the world. Many view diamonds as a potential wealth preservation asset that has the potential to provide steady returns over a long time horizon, without some of the characteristic booms and crashes seen in the equities or real estate markets.

More and more companies are offering diamonds to the public as physical investment products, while others are considering certificate investments backed by physical diamonds. Diamonds have historically provided a potential safe haven against inflation and other price shocks.

What Does It All Mean?

Consumers continue to buy diamonds. The allure of diamonds as a romantic gift and a status symbol remain firmly rooted. However, consumers are inundated with choices in the marketplace, and a new generation of consumers is changing the way companies do business. The industry must adapt quickly or risk diamonds becoming viewed as a redundant extravagance, as they were at other times in the past.

The industry is making steps towards solving some of its challenges, but a wider approach to diamond marketing is necessary.

Who will play that role? Only time will tell.