The world of celebrities is constantly entertaining. For those of us in the diamond business, celebrities are important, since they buy a lot of expensive diamonds. This is very evident in celebrity marriages, where male suitors over the last few decades have bought increasingly valuable diamonds for their soon-to-be wives in an ever-expanding game of one-upmanship. Since many of these marriages are short-lived, the celebrity diamond market continues to provide opportunities for jewellers across the globe to place high value pieces in the hands of these high profile buyers. The list of expensive celebrity engagement rings is vast, and purchase prices are not always disclosed. Here are some of the most expensive celebrity engagement rings ever sold – the ones we know about, at least.

The world of celebrities is constantly entertaining.  For those of us in the diamond business, celebrities are important, since they buy a lot of expensive diamonds.   This is very evident in celebrity marriages, where male suitors over the last few decades have bought increasingly valuable diamonds for their soon-to-be wives in an ever-expanding game of one-upmanship.

Since many of these marriages are short-lived, the celebrity diamond market continues to provide opportunities for jewellers across the globe to place high value pieces in the hands of these high profile buyers. The list of expensive celebrity engagement rings is vast, and purchase prices are not always disclosed. Here are some of the most expensive celebrity engagement rings ever sold – the ones we know about, at least.

Donald Trump’s marriage to Slovenian model Melania Knauss was his third, and her amazing engagement ring certainly trumped those given to either of his first two wives.  She has also been seen wearing other magnificent jewels, including another ring believed to be about 25 carats.

Although the two met in 1998, Melania was apparently cold to Donald when he approached her at a fashion party, which Trump attended with another date.  But Trump would not give up, and the couple later become engaged in 2004.  Ironically, their January 2005 wedding was attended by Bill and Hillary Clinton.

Although Jacky Onassis will be remembered for her humanitarian efforts and her marriage to President John Kennedy, she was also an iconic figure in the jewellery world, and amassed a stunning portfolio of precious diamonds and jewels.  The 40-carat diamond engagement ring given to her by shipping magnate Aristotle Onassis in 1968 was one of 18 diamonds cut from the massive 601 carat Lesotho Brown diamond, and bears the name ‘Lesotho III’.

Unfortunately, Ms. Onassis would only wear the ring twice in public before it was placed in a vault for safekeeping.  Upon her death in 1996, the ring was sold to a private collector for 2.6 million dollars.  Its value today is difficult to estimate, but would likely be significantly higher.  The engagement ring gifted to Ms. Kennedy by John F Kennedy is also a highly valuable, iconic piece, featuring a 3-carat diamond side-by-side with a 3-carat emerald. 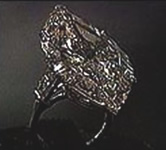 Vanessa Laine was still in high school when she first met NBA legend Kobe Bryant.  Their marriage has since been on the rocks. It has also involved numerous high-profile diamond rings.  Her engagement ring, given to her in 2000, might actually be the least impressive in her collection.

Shortly after Kobe Bryant was alleged to have raped a 19-year-old hotel employee in Colorado in 2003, he gave his wife an 8-carat purple diamond ring known in the media as the ‘apology ring.’  Bryant later received a 22.5-carat Asscher cut ring for Valentines Day in 2005.  These rings would once again be in the media spotlight in 2011 when Vanessa Bryant filed for divorce from her husband.  She later rescinded her divorce application, and the couple remains married to this day.

More recently, the Los Angeles Lakers present his-and-her diamond ‘retirement’ rings to the couple in recognition for his services to the legendary basketball franchise.  Although they have much less bling then other pieces in her collection, they are the only two rings in existence , and could be the most valuable. 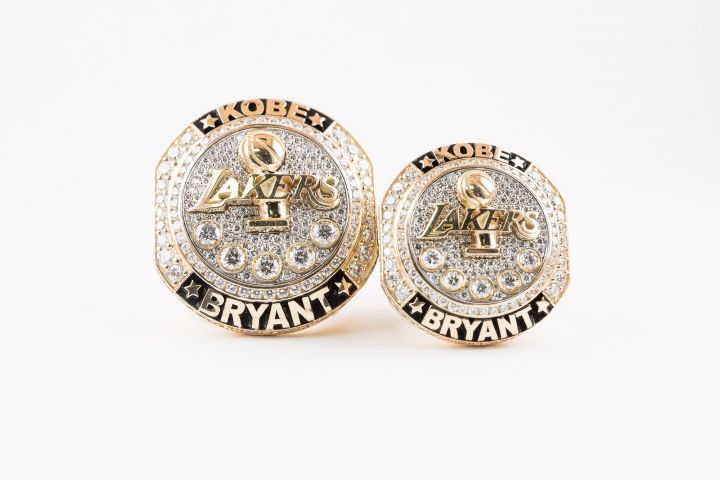 Prince Rainier III of Monaco originally proposed to Hollywood star Grace Kelly with an eternity band of rubies and diamonds.  But when he realized that Hollywood starlets were being adorned with massive diamonds as the norm, he quickly changed his mind, and ordered a 10.5-carat emerald-cut stone for his bride from Cartier.  The relationship between the jeweller and the monarchy would flourish, as princess Grace would go on to wear many significant Cartier pieces during her reign. 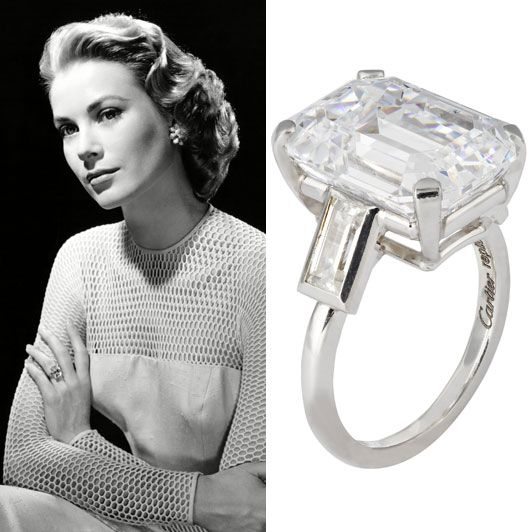 Jennifer Lopez has also seen her share of publicity after numerous marriages and a high-profile engagement to Ben Affleck that was called off.  Like other celebrities of her stature, she has received many very valuable diamonds from different men in her life.  Her engagement ring from music producer Marc Anthony was an 8.5-carat radiant cut ring given to her before their 2004 marriage.

Anthony also reportedly gave Lopez numerous other diamonds throughout their relationship, including a 14-carat blue diamond valued at 4 million dollars, and a 30-carat canary yellow cushion-cut ring surrounded by white diamonds.  These gems were on the auction block in 2014, when Lopez announced that she would sell off all of the jewels given to her by Anthony, in order to get closure on the relationship.

The 6.5-carat pink diamond engagement ring by Harry Winston which was given to Lopez by fiancé Ben Affleck in 2002 was perhaps even more noteworthy, as it brought pink diamonds into the global spotlight, and has helped those gems to appreciate massively in value ever since.  She would return the ring to Affleck when he called of the engagement and the couple split. 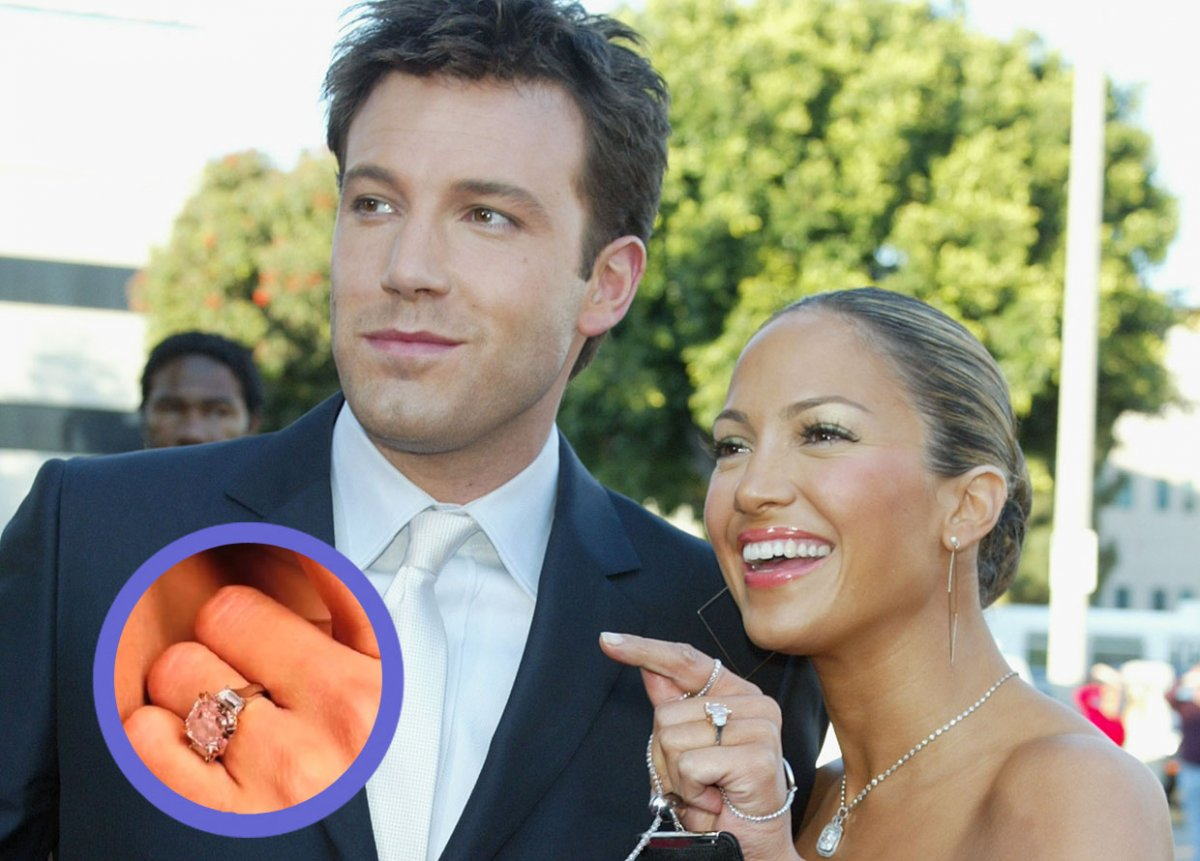 The two Parises met in 2004, and shipping magnate Paris Latsis proposed to Hilton in May 2005.  The engagement lasted just five months before Latsis called it off.  Hilton reportedly complained that the ring was too big and bulky for her to wear, and once publicly referred to the ring as ‘costume jewellery’.  After the couple split, Hilton auctioned off the ring and donated the proceeds to help victims of Hurricane Katrina in the United States.

Beyoncé’s remarkable diamond is a true marvel.  Designed by jeweller Loraine Schwartz, it is a unique shape, and is certified as an exceptional internally flawless D colour diamond.  Although their April 2008 wedding was a private, low-profile event, her ring couldn’t be kept a secret.  Jay Z certainly listened to his wife-to-be when she coined the phrase “if you like it then you shoulda put a ring on it”!

At a news conference in February 2016, Mariah Carey asked the audience if “anyone noticed her new bauble”.  The massive 35-carat beauty is certainly hard not to notice.  Carey is no stranger to massive diamonds, and has one of the most impressive jewellery collections in the world.

In fact, her 2.5 million dollar engagement ring from America’s Got Talent TV host Nick Cannon could also make the list of most expensive celebrity engagement rings.  But her ring from Australian casino tycoon James Packer is easily the bright point in her extensive collection. 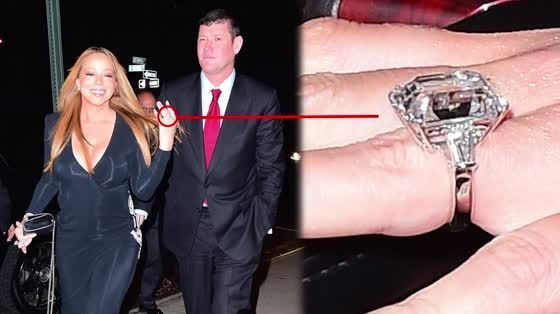 While famous designer Lorraine Schwartz gets the credit for this unique ring, Kanye West was said to have played an active role in its design.  The 15-carat flawless center stone apparently sits on a ring bed of smaller diamonds, positioned in a way to maximize the stones’ sparkle.

West famously proposed to Kardashian on the jumbotron at AT&T Park in San Francisco after renting out the facility for a party, which included, amongst other things, a live 50-piece orchestra.  However, Kardashian is no stranger to proposals, having been married twice before.  Her first marriage to record producer Damon Thomas lasted four years, while her second marriage to basketball star Kris Humphries lasted just 72 days. 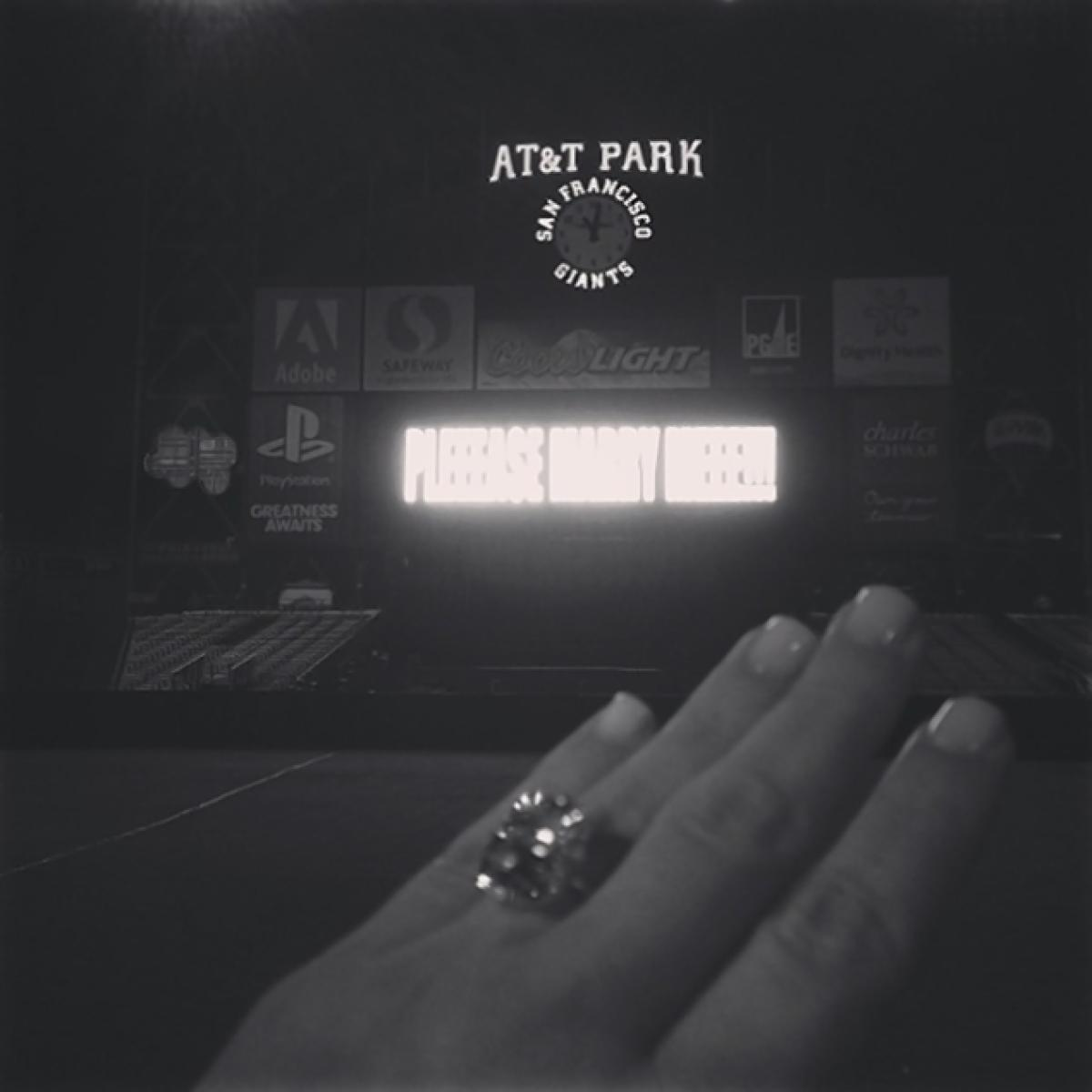 The most expensive celebrity engagement ring is just one of many that Elizabeth Taylor received over the course of her eight marriages.  She actually married Richard Burton twice, first in 1964 and again in 1975.  However, the 33-carat Asscher-cut ring given to her by Burton certainly trumped all others and remains the most expensive diamond engagement ring ever gifted in the world of celebrity marriages.

Originally known as the Krupp diamond, the ring once belonged to Vera Krupp, a wealthy member of the Krupp family who sold ammunition to the Germans which was used to kill millions of Jews during World War II.  After she converted to Judaism following the death of her third husband Michael Todd, Taylor thought that it would be fitting that she own the diamond.  She immediately renamed the stone the Elizabeth Taylor diamond.

Taylor would go on to own countless magnificent pieces of jewellery in her lifetime, designed by many of the world’s premier jewellers, including the Taylor-Burton diamond, a 69.42 carat pear-shaped stone.  Originally set into a ring, she complained that it was too large, even for her.  It was later set into a brooch that she wore many times in public. 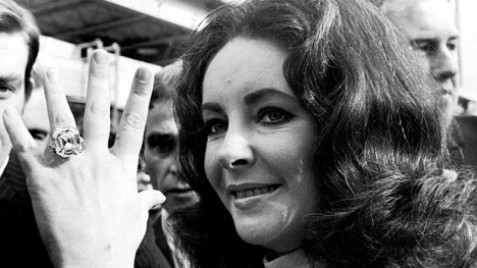 The Credit Driver at Work
Why the Diamond Industry is At Risk: The Many Forc...

Diamonds Are A Girl’s (and a Thief’s) Best Friend: The Top 10 Diamond Movies