The mood of the midstream of the diamond industry is reaching new lows, as demonstrated by firsthand rough diamond buyers. The willingness to purchase, the overall outlook and the desire to manufacture are all at a low level.

At De-Beers' Sight last week, more than half of the goods were refused or deferred. According to several Sightholders, as much as 60-90% of the offered rough was turned down by many. A few did not buy any of the goods, turning down their entire allocation. The past sentiment of buying out of loyalty and an understanding that they will be compensated down the line is gone. Now Sightholders say they'll buy rough diamonds only if they can make a profit.

This sentiment, while new, is already impacting miners. According to production and sales results published in the past few days, miners are starting to feel the impact of refusals. 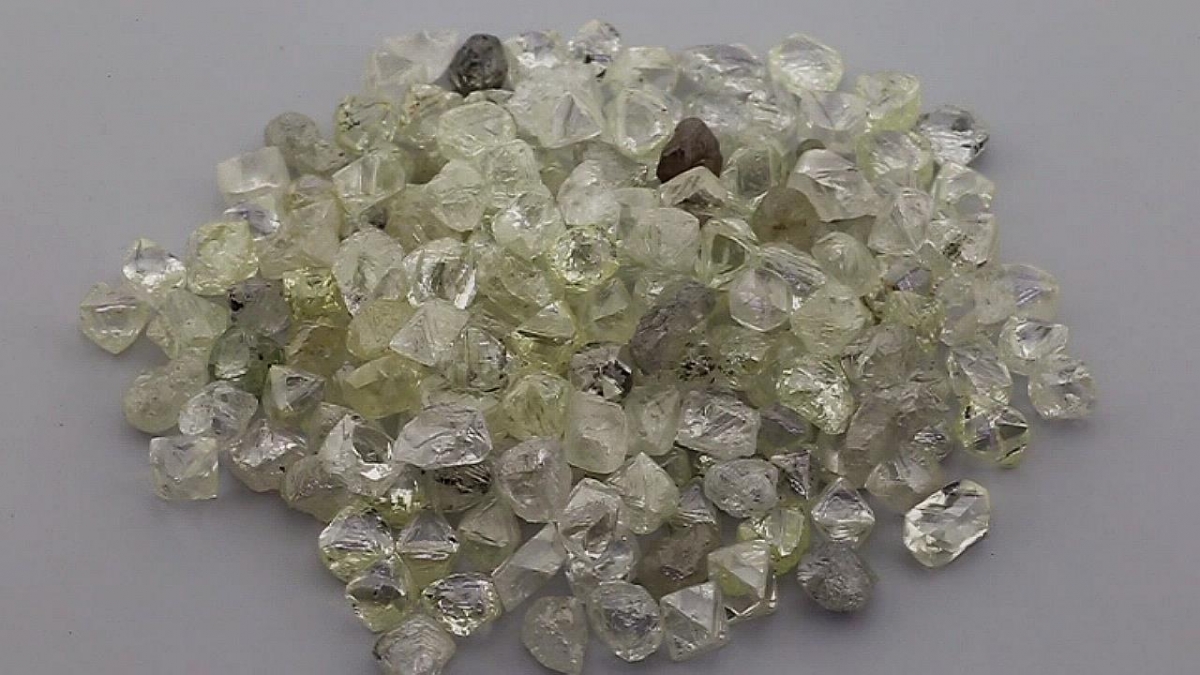 Do the purchases make economic sense?

It looks like even the rough that was carefully selected to be bought was not priced well enough for firsthand buyers to polish. Either none of the parcels are profitable, or rough diamond inventories at these companies are high enough to allow moving the goods.

The industry may be in such a dire situation that it seems as if almost any action it takes will not have a good outcome. Thus, the first scenario is: If prices of rough diamonds are reduced and the quantity of supply remains the same, bankruptcies may result from the loss of capital invested in the inventory and from the inability to sell the resulting polished diamonds in the same quantities.

The second Scenario is: Maintaining the price of rough and allowing buyers to refuse the goods, while letting the market determine the desired supply, does not seem to be the solution. Almost no one wants to manufacture in the current situation. Most of the purchased rough is sold to the secondary market. Profits (if any) may be derived from payment terms. This will probably service their credit lines and pay for factory overheads. In this scenario, which is already the situation for many in the market, manufacturers are hopeful that demand for polished diamonds will revive at some point. This hope is not a solid foundation for a business and, in fact, many slowly trod this way.

And the third Scenario is: to halt rough diamond sales completely. This will force midstream companies to face their credit line terms head on, because as stated above, some of the credit lines could be maintained by trading rough. Without this key function of buying and selling rough to earn some income on the credit terms, a large part of their business cycle will in effect be missing. This is not a simple situation for manufacturers because most of their money is tied to their inventory.

Even though the price of rough diamonds has declined and is relatively low compared to a year ago, most rough buyers expect prices to continue their decline after they return from their August vacations. This creates a situation of continued soft buying of rough despite the lower cost.

If this assumption is wrong, and they missed an opportunity to buy low and prices start to rise as people return to work in late August, then it will be better to pay higher prices and stand on firmer ground without the fear of providing credit. A rise in prices and an increase in demand go hand in hand. Typically, in such circumstances, we expect a rise in demand for polished diamonds.

An example of this situation is the 0.30 carat rounds. From their peak, their price fell 30%. Now look at many rough diamond parcels that generate these kinds of goods, and their price is down some 25-30%. Even if a manufacturer buys "cheap" rough at 30% less, they are still facing a unprofitable scenario in polishing these goods. Without a profit, the growing conclusion in the market is that of sitting and waiting for a change in the business environment - if you can afford to. The mentality is to round up your cash and try to protect your polished diamonds until matters improve, maybe in November when the holiday season begins.

At last week's Sight, De Beers' clients found that prices have not changed in the way they felt was needed, and they decided to turn down the goods. The Sightholders that refused the goods include manufacturers, traders and even the retailers in the group—those with the most streamlined operations. Surprisingly, in some areas there were even price hikes. The response was one of great disappointment according to many Sightholders. The hope for further steps in meeting their needs during these challenging times was dashed.

The large-scale refusals reflected the understanding that this is the only way to prevent further losses. If the rough supply is priced high, polished is not moving at a fast enough pace and trading rough is a risky business, and then avoiding buying additional rough is a rational course of action. And that is what most people did. The total value of the Sight is estimated at around $150-175 million, down from the original planned supply of +$600 million. About three-quarters of the Sight goods were either refused by clients or deferred to the next Sight in late August.

According to Sightholders worries are now towards the August sight, which is currently planned to be a large one because of all the recent deferrals. They would like to see prices reduced by a high single digit or even a double digit, and the volume cut down significantly. Otherwise, they say, they won't be able to make the purchases with a quiet economic mind.

In response to the reduction in sales, De Beers reduced production at the Venetia and Jwaneng tailings treatment plants. It also stated that lower grades and reduced plant availability at the Orapa mine in Botswana affected overall production.

Tenders not doing as well

Over the past few months, rough diamond auctions that have smaller yet specific parcels and the ability to decide the bidding price offered a viable venue for purchasing rough when supply from the major miners became less attractive. The reality in the market has worsened, and now even auctions reflect the tenuous situation.

At the recent Okavango auction in Botswana, about a quarter of the offered lots were not sold. The unsold lots cover the entire range of offerings, from rejection goods to special stones of 10-78 carats. The rough that did see better interest were the items that result in 1-2 carats in polished, in ranges fitting the U.S. market.

The Grib tender experienced an average decline of 8%, and Petra informed its clients that they are postponing their tender from late August to late September. It will be interesting to see how the tenders in South Africa this week turn out. Alrosa, which did not lower prices, allowed its contract clients to defer the purchase of 25% of the goods and refusals of up to another 25%. Yet the Russian goods are trading at a 5% discount with 120-180 days credit terms, according to market sources.

Despite these challenges, an exceptional rough diamond—a 341.90-carat, type IIa rough diamond—sold for $20.6 million at Lucara's July tender of special stones. This proves that some parts of the demand are resilient to the current crisis. The tender included 14 stones of 10.8 carats and larger rough diamonds, and totaled $68.7 million. Another exceptional diamond, a 269.70-carat stone, sold for ~$61,000 per carat at the tender.

Polished diamond sales continue to be slow, although some of it is seasonal. That did not prevent traders from expressing strong criticism over price declines on the benchmark market price lists, which was viewed as adding fuel to the fire, as one trader put it. Some of the criticism contains bewilderment. Some asked, why were the prices of one carat rounds reduced when this diamond size is one of the few items that have actually seen improving demand and firming of prices?

The entire diamond pipeline now feels the implications of slower demand for polished diamonds and jewelry on the consumer level. This results in a worrisome business environment for all. It seems, as if any course of action will have its downside, and therefore a series of brave, careful moves are called for.