Marketing the Case for Rarity 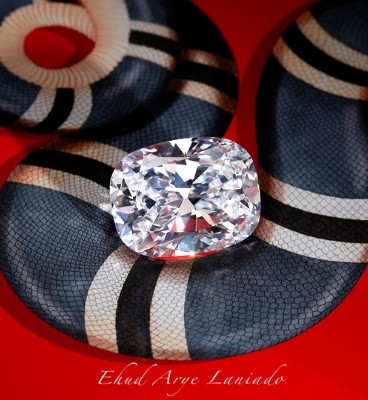 A lot of work is required to create and sustain demand for polished diamonds. As in every industry, it is a task for product makers. Unlike other industries, it was a single producer that took it upon itself. But if De Beers relinquishes this task, who will market diamonds and diamond jewelry?

"By the early 21st century, diamond marketing quickly became the responsibility of individual firms from midstream diamond manufacturers to diamond jewelry retailers.Ultimately this strategy fell far short of expectations, as diamond companies focused mainly on the marketing of their own brands, and failed to establish or maintain demand for diamonds generally in the minds of consumers," Ehud wrote in an October 2015 post​.


"It seems that as an industry, we might not be loud enough when compared to other luxury sectors," he noted, adding that another issue was "whether our industry is unified around a clear and compelling central message to win the hearts and minds of consumers, especially of the new generation of buyers who has been less exposed to De Beers' "a Diamond is Forever" industry-wide campaign."

In Ehud's mind, an essential component in promoting diamonds should be brought forward more prominently. "One key differentiator of diamonds is their ability to maintain their value due to the economy of rarity," he stated in May 2015.

"When we talk of the rarity of diamonds, we are not just talking about the finite and declining supply of diamonds found in the earth," he argued.  "We are also talking of the increasing rarity of diamonds in the light of increasing demand for diamonds and what happens to diamonds once they are polished. All these factors combine to make diamonds even rarer."

This led Ehud to the conclusion: "If the public can understand the rarity of high quality 1-carat and larger natural diamonds, I believe such items will become an asset and not an expense, which is how they are perceived today."

Ehud was convinced that the diamond industry possesses strong messages upon which to base a solid marketing campaign for the future. The question to then consider is which producers will lead on delivering such a campaign for the sector as a whole, especially now that the diamond sector is more fragmented than ever. Ehud explored some options drawing from the experience of other sectors, which will be explored next.

Opinion - Is the rarity of diamonds a myth?

The Growing Rareness of Pink Diamonds

A Vision for the Future of White Natural Diamonds

Together We Are Stronger - Branding Alliances
A Vision: Three Diamond Venues