November is historically a period of rising demand for polished diamonds by retailers during the November-December holiday season. In the past few years, demand by jewelry manufacturers peaked in September, followed by a minor slide in October and a rise in November. The question is what goods are in demand, and therefore rising, as opposed to those items that are in lesser demand.

When examined more closely, we see that price and demand in November was inconsistent in terms of sizes over the past decade. This year, it is the smaller goods – below one carat, down to 0.30-carats, that had a price increase. In November 2017, prices of goods up to 1.50-carats increased. In 2016, prices largely declined, and in 2015 prices rose across the board.

In November 2018, the index stood at 110.1, down 1.3% from October, and 4.0% year-over-year. The decline in the index reflects the downward trend of polished diamonds weighing 1-carat and above.

Year-over-year, polished diamond prices are far below those of the previous year. The 4.0% decline in November is the largest year-over-year decline since August 2016. In the past three months, the index fell by more than 2% every month. In October, the index declined 2.8% compared to October 2017, and in September, the index declined 2.8%. Since December 2014, the index has exhibited continued year-over-year declines. The escalating decline is a trend to which the industry should pay attention. Unless there is a major pickup in December, we may be facing yet another year of eroding consumer interest.

After the price declines of smaller goods in October, in November prices of smaller diamonds bounced back. Round diamonds weighing 0.30-0.39 carats (thirds) rose 2.0% compared to October. Prices of half-carat rounds increased a strong 2.8% and 0.70-0.89-carats posted an even more dramatic 2.8% price hike.

From there on up, prices of round polished diamonds fell during the month, mostly by more than 1%, which is a relatively large price change. The changes in price reflect changes in consumer demand, especially now during the holiday season when retailers are placing specific orders to meet consumer in-store requests. 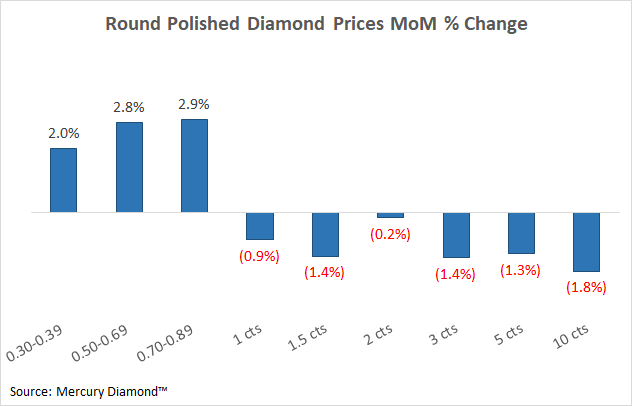 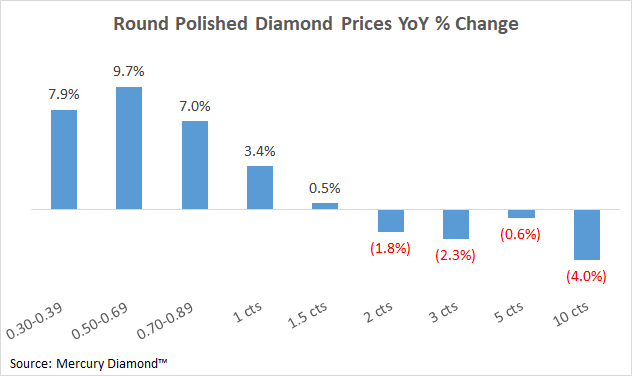 The global diamond market is deep into the holiday season. Last year, diamond jewelry sales were slow in November and very intensive in December. The main reason was the general lateness in purchases by American consumers. A very large chunk of holiday purchases for most any consumer product took place during the second half of December. Is this the case this year as well? That is yet to be seen.

It is currently clear that consumers have a strong preference for smaller goods. This is an ongoing trend that is also dependent on price. If prices of these in-demand items rise too high, consumers immediately turn their backs on them. This was true in the early summer months and again in September. 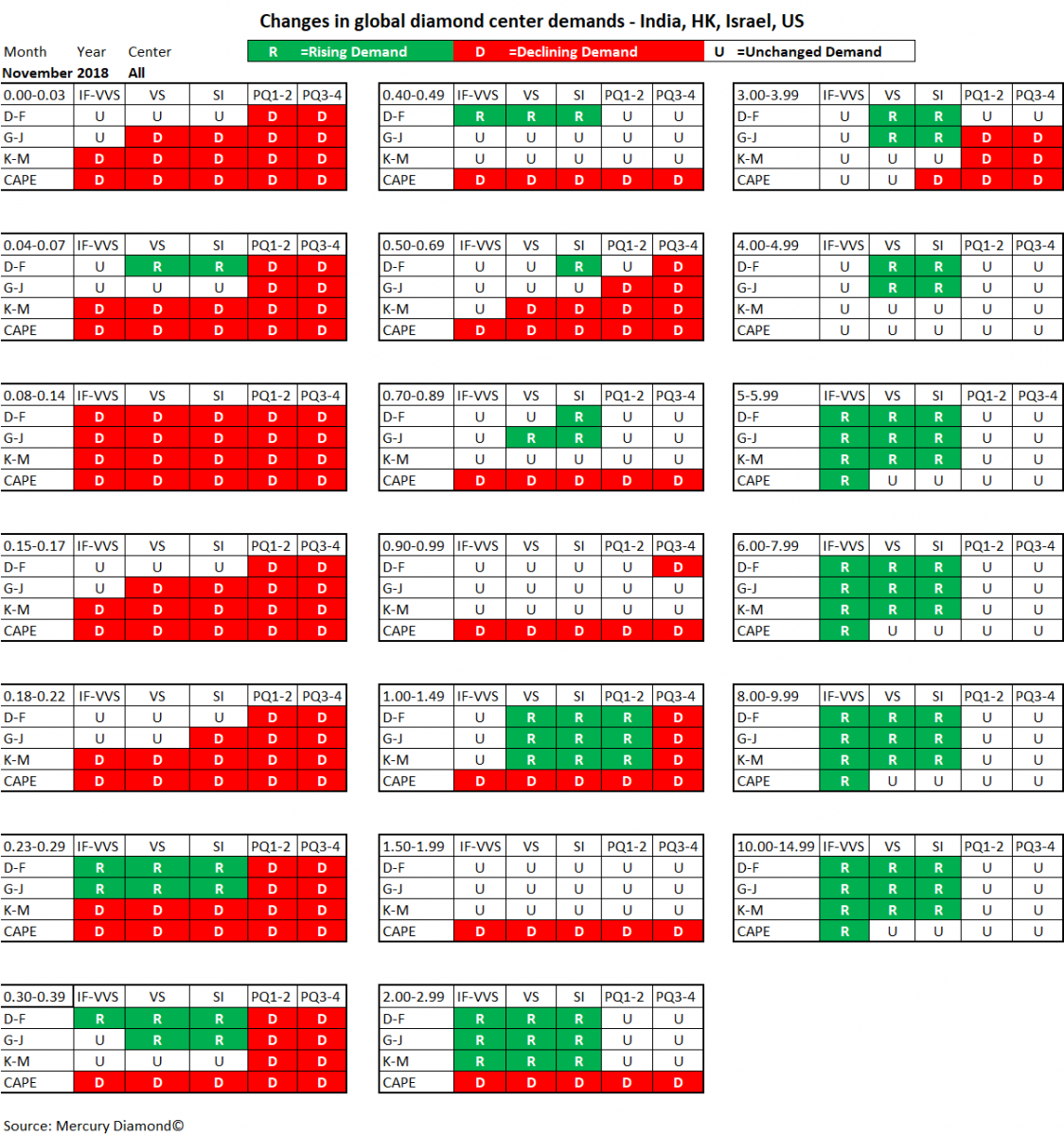