After polished diamond prices declined sharply in September, they took an additional step downwards, though it was not particularly significant. The Mercury Diamond Global Tracker™ (MDGT™) averaged 111.55 in October 2018, down 0.17% from September. While demand for loose diamonds remains slow, we believe traders hardened their stance on price as much as possible in anticipation of rising demand.

October is historically a period of rising demand for polished diamonds by retailers preparing for the November-December holiday season. In the past few years, demand by jewelry manufacturers peaked in September, followed by a minor slide in October. Every October since 2014, overall prices have declined by a few fractions of a percent. In the last five years this month-over-month decline averaged 0.3%, putting this past month’s price declines on the lighter side. This year was unusual due to a deep price decline in September, which may explain the relatively smaller decline in October.

Another issue in the trade-impacting prices is a large inventory, mainly of small size polished diamonds. This oversupply, coupled with the lower demand, has implications for the mid-stream of the diamond pipeline as well as diamond mining companies.

In recent months, we wrote of diamond wholesalers’ need to find their price footing after the summer vacation, often helped by the large trade show in Hong Kong. We can now easily state that as the air cools down and the burning color of the leaves tells us that summer is gone and the fall season is upon us, that the price footing was found, and it is soft. Prices are fluid and tended to move down.

Although the trend of year-over-year price declines started in December 2014, the steep declines of 2015 appear to be over, and they have since tapered off, until now. The year-over-year declines of 2% or less has been steady since the start of 2018. The 2.7% decline in September, followed by the 2.8% decline in October are not positive for the diamond industry, however compared to the steep declines of the past, recent months seem almost tranquil in comparison.

The MDGT™ index is composed of the price performance of many different diamonds of many different size ranges, from 1 carat and above. In September, prices of round diamonds weighing 0.30-0.39 carats (thirds) dropped a dramatic 2.6% compared to August. That was a surprisingly deep decline. This past month, prices of thirds have increased 0.5%, regaining some of their lost value. 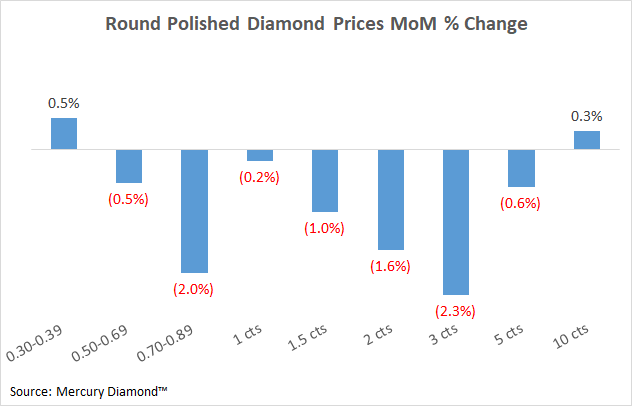 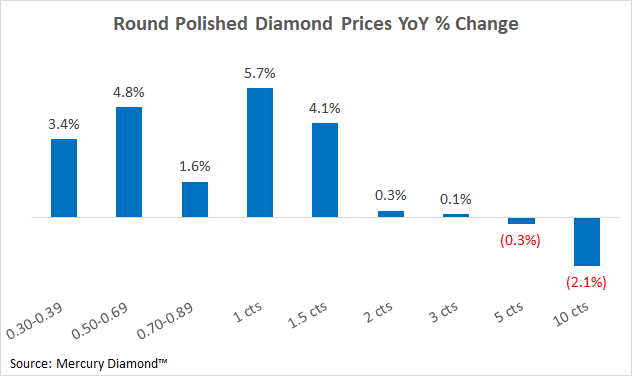 The global diamond market is entering the holiday season with caution. Manufacturers have decreased rough diamond purchases on the one hand, and retailers are just starting to assess consumer holiday purchases. It is fair to expect a certain rise in demand in November, but in October purchases were limited. The declining prices were seasonal, however the jump in the price of thirds is surprising and may indicate that after a slowdown, retailers as well as manufacturers expect consumers in the US to show renewed interest in this item. 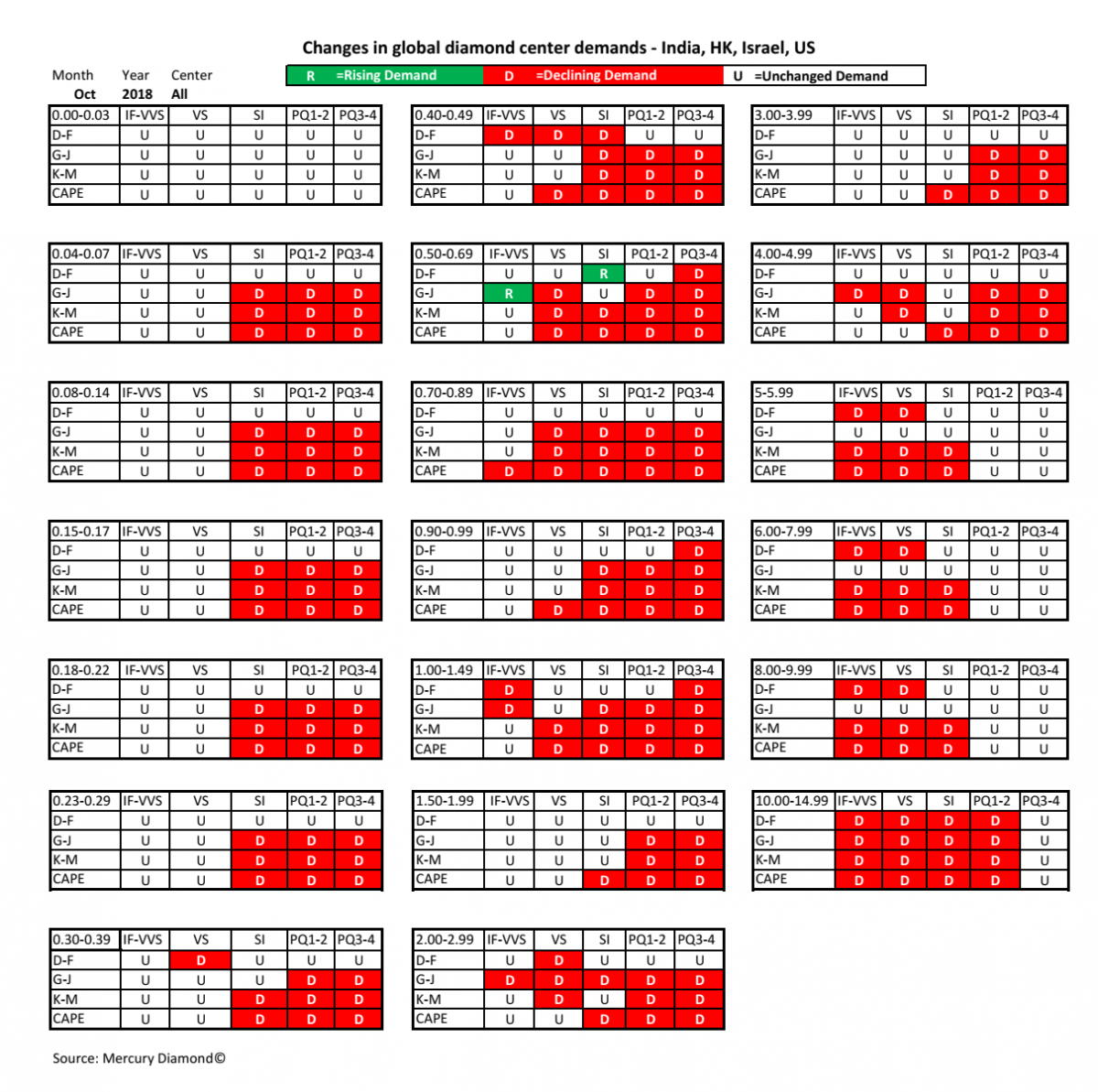