Prices of rough diamonds continue to decline as the market slows down in activity. Some of the decline is due to the annual summer vacation period, and some is a continuing price correction in an abating market.

But is this only a price correction, or is it a wider change – a market correction? Most in the market agree that there are too many companies competing over a very small pie. The current crisis is so harsh that those companies with a weaker foundation may find themselves out of the game, leading to a decline in the number of companies active in the pipeline.

Many wonder: Will Indian banks continue to extend credit lines and finance local diamond manufacturing companies that have large operations and high overhead? Or will today’s realities encourage them to reduce their holdings in these money-intensive operations? Doing so would create leaner, more efficient companies with a stronger foundation, and weed out some companies.

As part of this sobering process, companies may transform their rough diamond purchases into more rational purchases. One transformation resulting from this process is vertical consolidation. De Beers has already made a small step towards vertically integrated companies such as Tiffany & Co., Chow Tai Fook, and Sterling, all of which are Sightholders, manufacturers, jewelry makers and retailers. De Beers itself, with De Beers Jewelers and Forevermark, is heading in that direction.

The Belgian, Israeli and even the American diamond centers all went through a period of accelerated growth, followed by a crisis and maturing process that resulted in smaller yet more solid centers. Is India going through the same process? Are they currently suffering from the post-growth crisis stage that will end with a shrinking and solidification? If so, this is a positive development that will lead to a healthier market.

One thing I’m sure of – the diamond market will never be the same. We will never return to the current structure. From the De Beers’ loss of monopolistic market share, which handed the business to the midstream in 2000, a new business was born. One that is going through expansion and growing pains. I believe that from the ruins we are seeing today, we are giving birth to a business with a better structure. One that is more profitable, with a substantial economic logic, and where all players understand the value of cash and what return it should yield its owner in diamonds and in any business in any other industry. 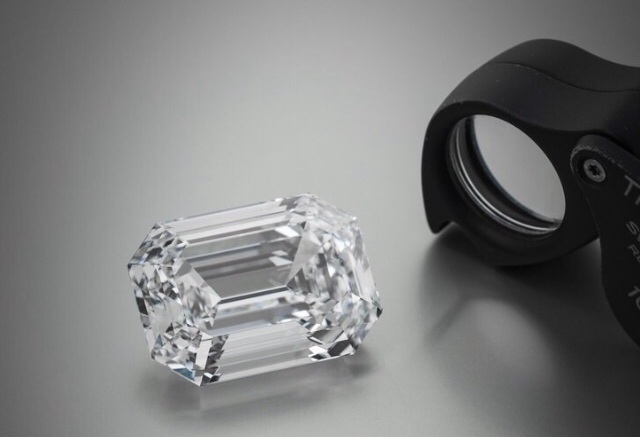 The weak market did not skip De Beers, which reported a 9% decline in the volume of sales to 13.3 million carats in the first six months of 2015. The value of rough diamond sales fell 23% to $2.7 billion.

In response to the continuing market conditions, parent company Anglo American said that De Beers has revised production guidance for 2015 to 29-31 million carats. This goes hand in hand with my suggestions for a reduction in supply.

This new policy apparently motivated De Beers’ decision to allow greater deferrals than usual at the upcoming Sight. Sightholders can defer up to 75% of their August allocation. The company is giving them the option to change their minds after viewing the goods and knowing their prices.

De Beers also announced that after the Sight, Sightholders can re-plan the delivery schedule of the rest of the current ITO, which ends in March 2016 – six more Sights. This medium-term change allows making delivery decisions based on the market as it is today. This is as opposed to the decisions that were made in late 2014, when the crisis was already here – together with a hope that the market will improve in the near term. As De Beers is a benchmark for the industry, I hope all producers will follow their example. This is a window of opportunity for tackling the main problem of the midstream: the razor-thin profitability margins!

These are some of the long-term problems causing today’s crisis:

• 5,000 companies forming the midstream fighting over a squeezed market share and razor-thin margins;

• the financial structure and self-capitalization ratio;

• the 200,000 polished diamond wholesalers fighting to make a sale at nearly any cost;

• the declining level of consumer demand for diamond jewelry due to a lack of generic advertising;

• the high price of diamond jewelry, which is pushing consumers to alternative products;

• the unanswered and growing problem of undeclared lab-grown rough and polished "diamonds";

• and last but not least, the growing market shares of the declared lab-grown goods due to the larger margins they provide to their sellers.

Isn't the cat sitting in a different tree? All of these reasons make me believe that our industry will never be the same after this crisis. The anticipation that polished diamond prices will go up is a cliché. As we have seen in the past, when prices of polished go up, rough diamond prices rise too. The margin never grows, remaining razor thin.

The slowdown in the market includes an anticipation that the rest of the primary rough diamond sources will reduce their supply and prices. This is in many ways inevitable, as the summer vacations started and, with so much uncertainty, market players are saying that they would rather wait until late August or early September before deciding on what to purchase and at what price they are willing to make those purchases.

Another aspect of this decision is refraining from another large financial outlay in cash when it is clear that the goods will simply wait in stock until after people return to work from their vacations. There is no need to add a financial burden without a good reason.

Market players are refraining from buying rough, preferring to wait until conditions change. When asked what will happen if the price of rough starts to rise, they say they prefer buying at higher prices when the market is strengthening, than in the current weak market. Many key players in the Indian market are reorganizing their manufacturing infrastructure and sales offices around the world. They do not expect much demand when they return from their vacations. 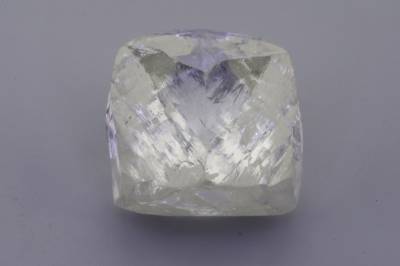 There is a growing fear in the midstream of the market of the infiltration of undisclosed CVD lab-made diamonds. Specifically, a fear of rough CVD goods mixed into natural rough diamonds from Africa.

HRD Antwerp reported that a Chinese company is manufacturing near-colorless lab-grown CVD rough featuring octahedral and other “natural” shapes. They are still relatively small, 0.01-0.04 carats, yet as a technological product, advances can be expected and larger goods may just be a matter of time.

These CVD goods, with similar appearance to naturals, may be sold to unsuspecting buyers who may find themselves polishing these goods and passing them on – unintentionally – as natural polished diamonds. Most manufacturers check purchased polished diamonds to avoid lab-grown goods. They don’t check the rough or the polished they manufacture.

This may put them in a compromised position they did not ask to be in. At this point, it is not known how substantiated this fear is or how many instances of undisclosed CVD rough supplies took place.

Won’t the lack of enforcement of documenting the production, trade and manufacturing of lab-grown goods hurt the great achievements of the Kimberley Process that cleared the natural diamond sector of conflict diamonds?

The sharp drop in the Shanghai stock exchange may have a negative influence on demand for diamonds and diamond jewelry. The sharp drop has erased, to varying degrees, the savings and investments of many individuals. With less capital in hand, many are probably less willing to spend on luxury items.

The prices of most commodities are falling due to declining demand from China, which is slowly transitioning from an industrial economy to a service-oriented economy. This is cutting the annual growth rate that in turn might lower their appetite for diamond jewelry. It comes on top of anti-corruption laws and strong government encouragement to curb the high lifestyle.

Traders in Belgium and Israel are going away on their summer vacations this week. As in every year, some of the world’s diamond bourses close for business and this creates a summer vacation atmosphere in the diamond industry.

Traders now have time to leave the issues behind and clear their thoughts. Although they have limited expectations for a radical change, some are leaving worried while many are going on vacation with hopes for a fresh start when they return to work.

I hope market players will read this article and try to reach new insights, and join the effort to change our future by understanding that the “dog is barking up the wrong tree".

I wish my readers a relaxed summer vacation.

New York – Diamond Center
India, where it all began