Last Friday, the Belgian HRD gemological laboratory reported that synthetic diamond manufacturers can now produce synthetic rough in natural forms resembling an octagon. Less than a month ago, I addressed precisely this issue or, to be more exact – the immediate need for regulating the unreported lab-grown diamond industry. I warned against the penetration of unreported lab-grown rough stones into the natural rough diamond supply chain, and its potential implications within the industry including stakeholders and service providers. The ink has not yet dried and the threat is unfolding before us.

Paradoxically, the best thing to come of the published report, if one can say so, is that we are witnessing this phenomenon from a practical and professional angle of a leading diamond lab. Perhaps the HRD report will awaken industry leaders and regulators to the urgency and importance of properly preparing.

The main threat of the penetration of unreported and uncertified lab-grown diamonds into the natural diamond supply chain is its extensive implications on the industry. This includes, relations between the industry and financial institutions, regulators, insurance companies and end users who, at some point, might purchase diamonds, whether as a gift, as a collectors' item or investment, who will discover that they have been misled and instead of having a natural diamond, they hold a lab-grown stone, or vice versa.

The bad reputation and the justified loss of faith caused by their penetration to the supply chain will severely impair the industry, as was the case with the "conflict diamonds". The uncompromising demand for regulation must come from the industry, and the sooner the better, before it becomes the new "conflict diamond" of the Industry, for which the industry worked hard in order to restore its good name and trust of all relevant parties.

The current situation, in which there is no comprehensive requirement for documenting and reporting lab-grown diamonds, as is the case for natural diamonds through the Kimberley Process, greatly tempts the unscrupulous operators to use lab-grown diamonds, regardless of the extensive ramifications that it has on the diamond industry and its stakeholders.

Lab-grown diamonds are currently manufactured at gem-quality, albeit in small quantities. They generate annual sales of ~$0.5 billion, compared to $23B in sales of natural diamonds. However, as reported last Friday, technological progress enables and promotes their mass production. The situation is such that the diamond industry is concerned about a significant leakage of unreported lab-grown diamonds into the natural diamond supply chain, which might occur where governments, international bodies and relevant industry players fail to take decisive action to institute lab-grown diamond labeling and tracking.

The phenomenon of fake products is a global one. Most industries have learned how to cope with it and how, applying regulatory and other measures, a distinction can be made between the original and the imitation. The value of real vs. fake was realized in 1891, upon signing the “Madrid Agreement” to regulate use of international trademarks. Thus, for example, sparkling wines that are not produced in the Champagne district may not be called “champagne” and the people of the district distinguished themselves from similar wines produced in other regions around the world. The automotive industry is also trying to create a distinction between original, fake and used spare parts. A lively debate has developed within the art world regarding the value of original paintings sold at hundreds of millions of dollars as compared to replicas sold for a few dollars or less. The fashion world also enables the distinction between original brands and facts, and so on. On the other hand, in the diamond world, while shipments of rough diamonds require a Kimberley Certificate attesting to their source, weight and value – a requirement that essentially eliminated “conflict diamond” trading – there is currently no set of legal measures to combat unmarked lab-grown stones. 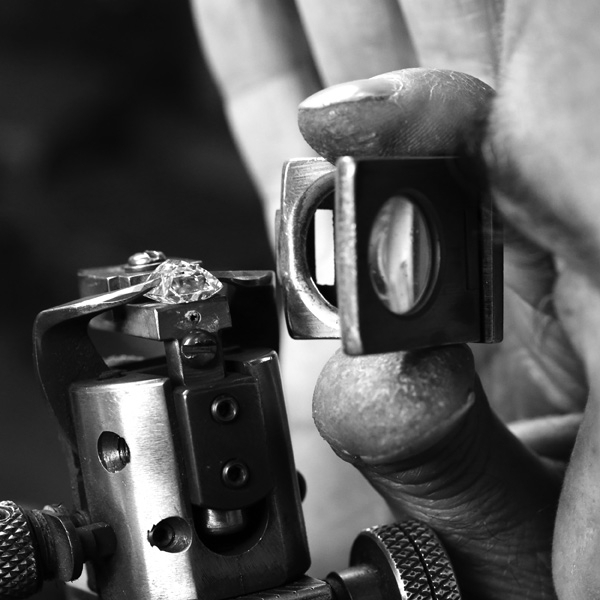 It is important to note, and I indeed mentioned it in the article last month, that there is room in the industry for lab-grown diamonds. There are many positive aspects to this industry, such as the technological progress, the reasonable price, the introduction of new audiences, etc. This is not an attack on the lab-grown diamond industry, per se, but rather on the risk embedded in the product, so long as it lacks regulation. This demand should have come from the lab-grown gem industry, if only to retain its good name and acquire a worthy standing - but such a demand was not raised.

In any case, if the industry does not take action now, it will have only itself to blame. In a recently published article, I suggested several measures that should be taken, or at least considered, including: Setting clear penalties to prevent the sale of undefined lab-grown stones, deciding that lab-grown stones must be accompanied by a relevant certificate issued by the lab that manufactured them, including all of the relevant information, similar to the Kimberley Certificate (weight, value, etc), being sure to use the term "diamonds" only for "natural diamonds that will be marked with an enforceable trademark, defining separate international customs codes for lab-grown stones in order to prevent confusion in valuation and to improve international supervision, and other essential measures.

It is important to understand that this issue cannot be resolved without regulatory body intervention, as was the case for the conflict diamonds. In the absence of such measures, the industry will be forced to spend large sums of money in the attempt to protect itself, its reputation and the trust of the authorities related to the industry, including banks, security companies and the final consumers, without whom the industry has no right to exist.