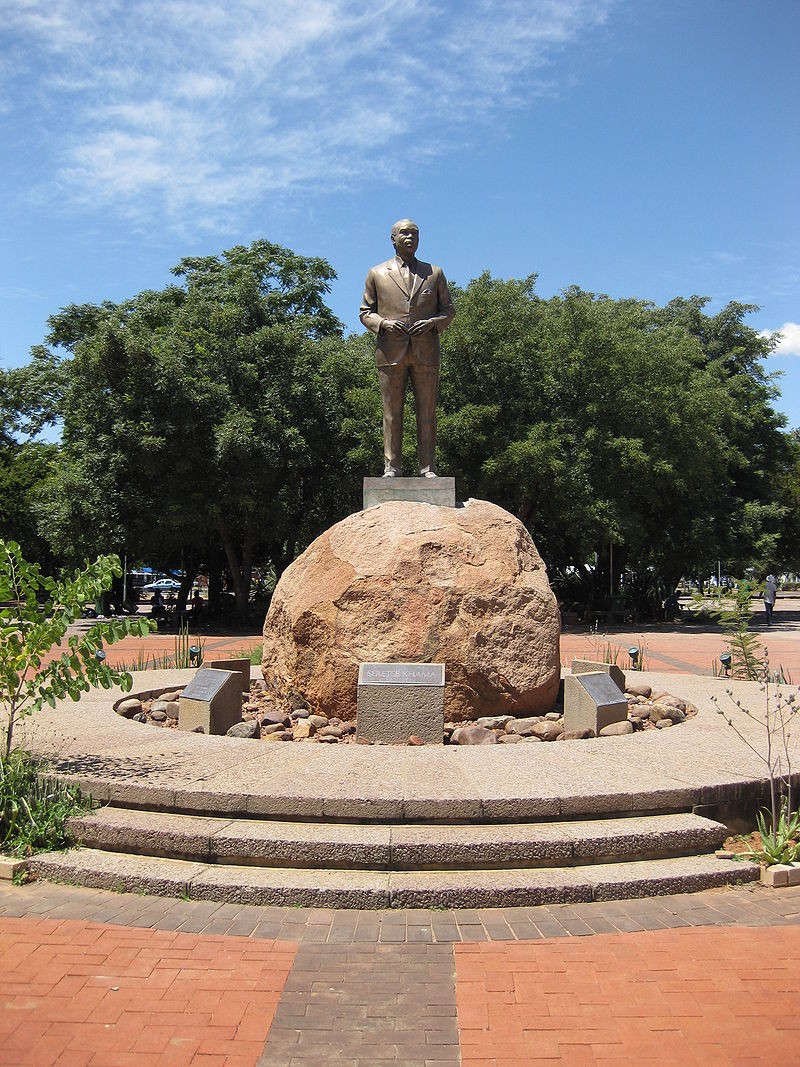 The son of Queen Tebogo and paramount chief Sekgoma Khama II, the first president of Botswana, and the builder of a strong economy with diamonds.

When we think about diamonds and people who contributed to the industry, we often think of the people who formed De Beers, invented transforming tools, invented special shapes, or who formed outstanding and transformative businesses. Yet there are many others, without whom, today's diamond industry would look very different. The decisions that they made put the industry in a very different place, and yet, we frequently fail to realize how important they were to the world of diamonds. One such person is Seretse Khama, the first president of Botswana.

Khama is the man who understood the importance of the diamond resources hidden underneath his country's seemingly barren land, and that how the new-found riches could be turned into a beneficial force for Botswana's population. His journey to presidency and his adoption of the policies that eventually led to free education for every child in Botswana are worth learning and remembering, especially as his 97th birthday is celebrated next week.

Sir Seretse Goitsebeng Maphiri Khama was born July 1, 1921 to a royal family. His grandfather was Khama III, king of the Bamangwato people of Bechuanaland, the land that would later become Botswana. He was the son of Queen Tebogo and paramount chief Sekgoma Khama II, and second in line of succession, which happened rather fast. Khama III died in 1923, and Sekgoma Khama II ruled for only two years before his death in 1925. At the tender age of 4, Seretse became Kgosi, or king. His uncle, Tshekedi Khama, served as his regent and guardian.

After attending school in South Africa, earning a BA in General Studies at Fort Hare University College, Khama travelled to the UK and studied law at Oxford. During his studies, he met Ruth Williams, an English clerk at Lloyd's of London. Their interracial marriage a year later sparked an uproar among his tribal elders. Not only did they want their king to choose one of their women, marrying a white woman was even worse, in their eyes. The resistance to his choice forced Khama to return home and face his people. After a series of public speeches, in which he explained to his tribe members why choosing love was more important than marrying a woman simply for her race, he won over popular support and the leadership of his tribe.

However, with Bechuanaland being a British protectorate and under pressure from Apartheid South Africa, Khama and his wife were exiled in 1951. This decision caused an international uproar, but to no avail. Only in 1956, after he had renounced the tribal throne, was Khama allowed to return to Bechuanaland as a private citizen. With the support of his people, Khama decided to get involved in local politics. His first successful move was being elected to the tribal council in 1957.

In 1961, Khama founded the Bechuanaland Democratic Party, a party that raised the flag of independence. In 1965, his party won the local elections, and he was appointed Prime Minister of Bechuanaland. Khama's efforts to gain independence from the UK eventually bore fruit, and on September 30 1966, Botswana finally gained its independence, and Khama became its first president.

It was not a simple place, and the start was not promising. A South African reporter, Charles King of the Southern Africa News Service, wrote about the country on the day of independence that "an impoverished, arid and hungry land without hope of achieving economic stability makes its debut this week among the community of nations."

He went on to describe the land as a "vast, trackless wasteland" that "two years of disastrous drought and crop failure have brought havoc and hunger to its widely scattered agricultural inhabitants. More than one fifth of the population is literally being kept alive by emergency feeding and the numbers are rapidly increasing." An agrarian economy with a small cattle industry, it was devastated by a drought that destroyed a third of the national cattle herd, further deepening the country's economic challenges. Anything but a promising start. Worse, the country is landlocked, limiting its ability to trade with the world or benefit from easy access to global trade. It is also surrounded by three countries ruled by a minority population; South Africa to the south, South West Africa (the future Namibia) to the west and north, and Rhodesia (the future Zimbabwe) to the east.

The economic challenges that Khama expected to face, were eventually very different. A year after declaring independence, luck struck and the Orapa diamond resource was discovered. How lucky was this discovery? Orapa is located in a very remote area of Botswana, about 250 miles from the capital city Gaborone. De Beers had been prospecting for diamonds in the area since 1955. After 10 years of long and unsuccessful exploration, the mining giant was about to give up and move on. However, its lead geologist, Dr. Gavin Lamont, was sure that the region was rich with diamonds, and that the company should push on. He convinced the management of De Beers to continue searching for one more season. If diamonds were not found by the end of winter 1966, De Beers would pull out and exploration would end.

Two months before the deadline, the team found the first kimberlite pipe in the Mochudi area. Although the resource was not significant by itself, it was promising enough for the company to extend the deadline, and not long after, diamonds were discovered at Orapa. Four years after it was discovered, and with an investment of $33 million in developing the resource, the Orapa diamond mine was ready for production. Khama, officiated at the opening.

A poor country, struggling for independence, where a rare and valuable resource was found, may sound like the end of the story, however, it was just the beginning. Historically, many resource-rich countries suffer from a series of failures. It is so prevalent that the term 'resource curse' was coined by Jeffrey Sachs and Andrew Warner of the Harvard Institute for International Development. The manifestation of this curse includes the loss of incentives to invest in human capital, the volatility of commodity prices which makes planning difficult, and political factionalism or an armed struggle for control of the resource. This was seen in in many African countries.

Khama was able to steer clear of these downfalls by adopting a series of policies that led to the careful development of the diamond resources as a long-term asset, successfully negotiating major investments in the country with De Beers and focusing on infrastructures. With a clear strategy in mind, Khama implemented it by fighting corruption, building strong governmental institutions, and carefully executing an economic policy bent on promoting sustainable resource-led growth. The foundation of this economic plan was not diamond royalties and labor salaries, but rather a 50/50 partnership with De Beers in the ownership of the local diamond mining company – Debswana.

De Beers built roads, hospitals and schools. It helped the country deal with HIV and AIDS, and also supported hundreds of other economic and projects based on Khama's diamond policy. When independence was declared, Botswana was one of the poorest countries in the world, with an annual per capita income of about $80 a year. Today, it is among the most prosperous countries in Africa, with an annual per capita income of more than $16,500. This is triple if not more the average income in other resource-rich African countries. This is one of Khama's crown achievements and testimony to his foresight.

Khama suffered from a range of health issues, including diabetes and heart disease. However it was pancreatic cancer that was detected late that eventually lead to his death. Just a month after he was diagnosed, on July 13, 1980, Seretse Khama died at the age of 59.

Tweet
Sidney Thomas Ross - Seizing The Moment To A Diamo...
Dr. Lamont and the diamond industry of Botswana