South Africa: A Closer Look at the Diamond Industry

When most people hear about diamond mining, they think of South Africa, where diamonds were discovered in 1866 in the Kimberley region. A 15-year-old boy discovered the now-famous 21.25-carat Eureka Diamond on a farm on the banks of the Orange River. That discovery set off a staking rush and power struggle that led to the formation of De Beers Consolidated Mines Limited. De Beers consolidated the many mining licenses that had been granted in the region, established South Africa as the world’s premier supplier of diamonds for decades to come and gave rise to the modern diamond industry.

The earliest discoveries were made primarily in alluvial deposits, but soon afterwards, diamonds were being found at great distances from streams or rivers. By the 1880s, 95% of the world’s diamond supply emanated from the Kimberley region’s famed “blue ground.” This unique rock type would later be given the moniker of kimberlite in honor of the region in which the deposits were first identified; this is the name we still use today.

Within ten years, South African diamond mines were producing a million carats annually, and by the end of the 19th century South Africa was the source of 90% of the world’s diamonds. Over the years, diamond-mining expertise developed there was used to explore and mine diamond resources all over Southern Africa.

Expertise in such fields as sorting and polishing was also gained in the country, promoting efficiency as diamonds entered an era of large-scale production and manufacturing.

Over the course of almost a century and a half of diamond mining, the country has produced some of the most significant diamonds in history, including the famed Cullinan diamond, the largest ever gem-quality rough diamond at 3,106.45 carats.

Fifty years after diamonds were first discovered in South Africa, production reached 50 million carats. By the end of the 20th century, according to several sources, production passed 100 million carats. The country is an important source of fancy color diamonds and especially of rare pink and blue colors, including a 122.45-carat blue diamond discovered at the Cullinan mine in 2014.

While South Africa is still a major diamond producer, it is believed that the majority of its diamonds have been mined. De Beers, once mainly based in the country and listed on the Johannesburg stock exchange, has moved most of its operations to Botswana and sold many of its South African mines after closing down most of the famous Kimberley diamond mine.

Despite the development of some small new projects in recent years, there have been no significant new diamond discoveries in South Africa for decades. Much of the current production comes from older projects in which mining is costly.

Diamond manufacturing began in South Africa in 1928 and the country rose to be the fifth largest manufacturing center in the world. However, the local diamond manufacturing industry was insufficiently cost competitive, and therefore did not achieve the scale needed to replace Belgium or Israel  as a world leader in polishing.

At its peak prior to the 2008 crisis, South Africa employed approximately 3,000 diamond polishers and processed an estimated 140,000 carats annually. In a move to improve local economic gains from diamonds, the South African government initiated a program known as “diamond beneficiation“. 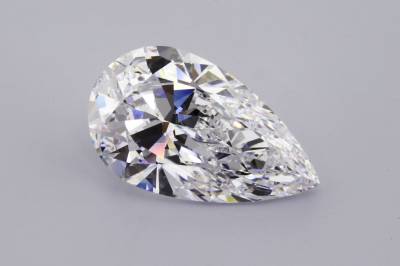 This series of laws and regulations required a greater involvement of historically disadvantaged communities in various stages of the diamond value chain, including in diamond mine ownership and polishing. It also mandated a minimum supply of rough diamonds to be sold to local companies. The success of the program is a topic of debate, with some claiming that it has not noticeably improved South Africa’s diamond industry and may even have harmed it.

Many of the country’s diamond polishing factories have closed or scaled down operations in the past 15 years, although several large-scale diamond-polishing factories continue to be very active. Many of them specialize in large and high-end goods. Today the manufacturing industry in South Africa has only an estimated 300-600 polishers working in direct diamond manufacturing.

Similarly, efforts to establish a jewelry manufacturing industry in South Africa have not yielded the results policy-makers had hoped for. One explanation for this is the lower cost of labor in China and India. Currently, South Africa represents close to 1% of the global consumer market for diamond jewelry.

According to De Beers, the list of Sightholders in South Africa currently stands at nine companies, down from a high of 32 prior to the 2008 crisis. Without any new mines under development, and with limited investment in diamond exploration in the country, it appears as though South Africa’s importance in the rough diamond supply chain may continue to diminish over time.

In 2014, South Africa produced 7.4 million carats worth $1.22 billion, making it the world’s fifth largest diamond producer by value, according to Kimberley Process figures. The volume of production declined 8.7% compared to 2013, yet still comprises 6% of global production by volume and 8.4% by value.

Stability in the Diamond Market
Industry in Peril