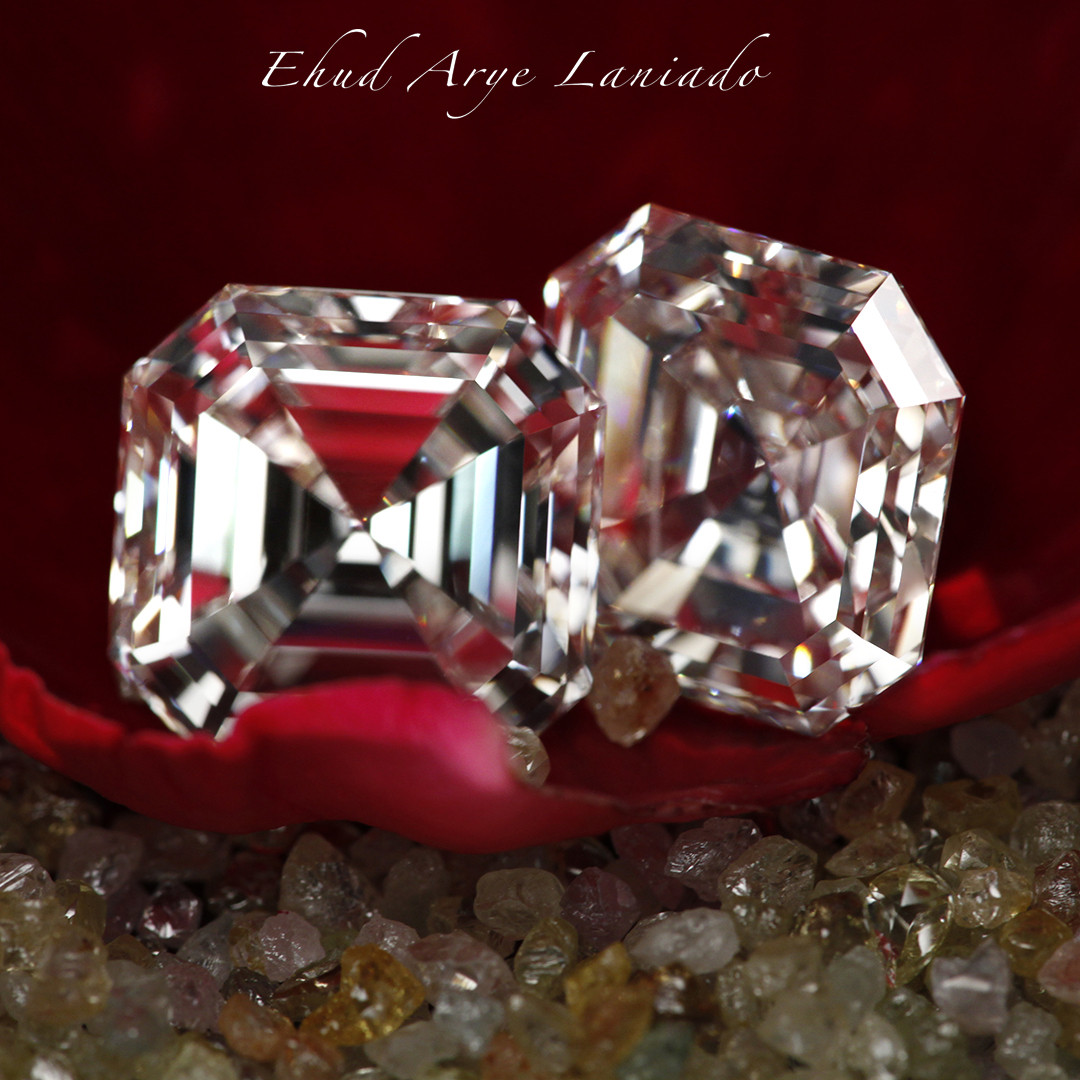 Diamonds are the most compact form of wealth in existence, and can be worth more than one hundred thousand times their weight in gold. Few, if any, other assets allow you to carry millions of dollars in your pocket without revealing a thing to others. But of course this makes diamonds a prime target for theft, both large scale and small. Security companies provide a critical service to the diamond industry by providing safe and secure transport of diamonds. Some companies cannot even conduct business without these security agents, as their insurance providers mandate their use. Anyone who has ever walked the diamond district of Antwerp would have noticed the dozens of security people walking the streets with unmarked suitcases of diamonds moving from place to place. Let's take a look at some of the major security companies in our industry and the key role they play.

Aside from the obvious role of transporting diamonds, security companies often offer additional service geared towards simplifying the complex task of importing and exporting diamonds from any country. Each country is unique in its requirements for moving diamonds in and out, and the associated permits, licenses, VAT, and documentation that must be properly filled out and made available for customs staff. Security companies must be familiar with all of the specific requirements of each country, and often assist companies in navigating this complex bureaucracy to avoid unnecessary delays and surprises.

Diamonds are often shipped overseas as cargo on commercial airlines, so security companies must also coordinate with airlines and courier services to ensure diamonds find their way onto the right airplanes and delivery trucks. All of this is taken out of the hands of the client as part of the service. The major security companies all have logistical arrangements within the airports that allow them to transport goods directly to the cargo loading bay of an airplane, usually without passengers having any idea that their plane is carrying valuable cargo. Security companies also take physical and financial responsibility for goods in their possession. During transport, in the event of a material loss or theft, it is the security company who most often accepts the financial loss, and it is their own insurance company who is usually liable.

Aside from just transporting goods, most security companies offer additional services. Warehousing and storage is an important service, especially when high-value items may be shipped on memo, and must stay secure in different locations. Security companies often have a network of safes and vaults of their own, or at least have access to space within high-security zones and freeports. For watches, jewelry, and diamonds, they might also perform quality control audits to ensure that the product they are shipping is free from damage or defect, and that it is in fact the same item with the same value as claimed in shipping documents. Most also offer private security for elite functions or as bodyguards for individuals, groups, or motorcades. They must also offer the highest quality packaging services, such as when transporting fine art, sculptures, or rare and precious jewelry. The three major players in diamond security and logistics are Brink's, Malca-Amit and Ferrari Group.

Brink's is a publicly traded company on the NYSE, valued at $3.4 billion, with offices in all parts of the world. Perry Brink founded the company in Chicago in 1859 as Brinks City Express. The firm, which began as a single horse-drawn wagon, was established to shuttle passenger luggage between railway stations and hotels. In 1871 when the great Chicago fire destroyed tens of thousands of buildings, Brinks City Express' offices were destroyed, but miraculously its horses and wagons survived, and provided vital transportation in the city after the destruction. As the railroad industry began to decline in the late 1800s, Brinks began to transport money in order to survive. At the time, workers were paid in cash, and Brinks thrived on transporting money to businesses that needed to pay their staff.

Brink's was one of few companies that thrived in the Great Depression, as organized crime syndicates needed to move vast sums of cash around. By 1959 it had expanded to 112 locations in the United States and Canada, before beginning its international expansion, which would eventually lead them into the diamond industry in Israel, and later in Belgium. However, it was not until 1992 that they began to manage the international logistics for high-value shipments of diamonds and jewelry.

Brink's developed the armored car after successive robberies forced them to upgrade different elements of their delivery vehicles, which were blown up using dynamite and shot at. In fact, most of the upgrades and developments at Brink's over more than 150 years of operation came as a result of upgrading its infrastructure after robbers circumvented existing safeguards. They would go on to pioneer the two-key safe, bullet-resistant windows, turret guards, perimeter fencing, and electronic locks. Today Brinks is a massive enterprise serving the diamond industry and many others.

Malca-Amit was founded in 1963 by Raphael Amit, his wife Rachel, and sister-in-law Malca Tykocinski in Tel-Aviv. The company began after the diamond industry in Israel moved from Tel-Aviv to Ramat-Gan, and needed secure transportation of goods between the cities. In 1979, the Israeli government prohibited diamonds from being shipped through the mail, since so many never arrived at their destination. This helped Malca-Amit flourish, as they were already established as the transporter of diamonds in Israel.

The company has since expanded, both in its locations around the world and in its service offerings, but still services principally the diamond and jewelry industries. It now offers many services, including inspection services in tax-free zones and bonded warehouses, special trade-show packages for exhibitors attending trade-shows and exhibitions, private jet services for expedited delivery, and 360 degree photography services.

Ferrari Group began operations in Alessandria, Italy in 1959 and has since grown to be a global player in the security business with offices around the globe. Like their competitors, Ferrari offers a diverse set of services beyond just physical transportation, including private security, warehousing, quality control, and exhibition security. They also boast a separate fine art division located in New York, and offer their own in-house insurance.

Without the support of security companies, our industry would likely grind to a halt, as thieves would have the upper hand, and insurance would cease to exist. These companies ensure the integrity of our product, and play a vital role to keep goods flowing into consumer's hands. They are typically at the forefront of development in new risk-management techniques and technology.