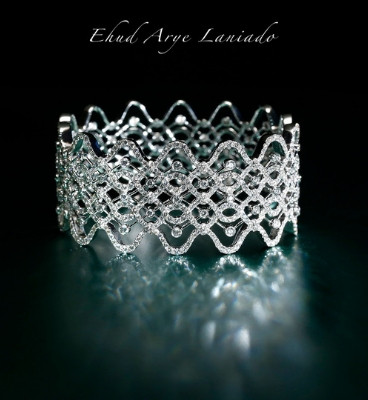 Grading labs are often at the forefront of research and development into new tools and detection equipment, while other technology companies are developing tools for the labs' benefit.  Rough manufacturers also often use these tools to internally grade stones. This helps them to determine any defects in the stones, and to pinpoint stones that may need to be recut ahead of being sent to the lab.

Over the years, there have been numerous controversies amongst different grading labs, and even within different branches of the same company, about deviations in grading results. Although some might argue that a machine can never completely replace the eye and opinion of a well-trained human, this hasn't stopped technology companies from developing tools that try to do exactly that. In November 2016, Sarine unveiled two prototype machines called Sarine Clarity and Sarine Color, which are said to be able to replicate and repeat standardized measurements of diamond clarity and color.

Although labs will always rely on the final opinion of a human being to determine finished grading, they too are using machines to at least accelerate much of the onerous human work involved, and to give their graders a second opinion from which to work. Ogi Systems has developed a suite of tools, including FireTrace, which measures a diamond's brightness, fire, and scintillation objectively, along with SimCut, which measures a stone's symmetry and asymmetry features. GIA has gone as far as to make a product called Facetware available to the diamond market, free of charge. Facetware references a GIA database of more than 40 million diamonds, to determine the cut grade of a diamond after being scanned and compared to references in the database. It has built-in tools that enable a manufacturer to see what additional cutting or re-cutting might be necessary in order to improve the stone's cut grade. Since GIA itself uses this software, a manufacturer can be certain that the results of Facetware will be repeated in a GIA lab, and can make decisions accordingly. Other companies have developed similar software that can be used in tandem with automated cutting machines to achieve exactly the desired recut outcome.

GIA's DiamondDock is perhaps the industry standard tool in human color grading, and is a staple in most manufacturing facilities. The 'light box' uses a neutral gray background color, and synthesizes daylight lighting conditions using both fluorescent and LED light sources. Along with an accurate color grade sample, it allows the human eye to immediately see a diamond's subtle color variations. HRD Antwerp has developed a tool to measure the smoothness of a diamond's faceting, which a polisher can measure without removing the stone from the polishing tang. This gives him a guideline to follow to determine the optimal pressure to be applied when polishing a stone to achieve the best possible surface, with minimal polishing lines.

One of the most important issues facing grading laboratories today is the rapid introduction of lab-grown diamonds being passed off as natural stones. As investment in technology to manufacture diamonds has grown rapidly, so too has the technology to detect synthetic stones and other types of treatments to ensure that consumer confidence in our product remains healthy. Although countless companies now offer different versions of synthetic diamond detectors and screeners, grading labs have a critical interest in remaining at the forefront of development. Just a single synthetic stone graded as a natural diamond could have damaging and long-lasting implications for a lab's reputation.In April 2017, GIA unveiled a new prototype for an affordable desktop sized synthetic diamond detector, which claims to be able to distinguish a natural diamond from any other type of simulant, and from other diamonds that may be lab-grown or treated.

For the moment, most machines on the market might be better termed synthetic screening machines. They can identify the well-known, telltale signs of a synthetic diamond, but the real proof will often come only from a grading lab, using a series of different machines to check a suspect stone. These machines continue to improve both in accuracy and speed, and also allow for very small sizes and shapes of diamonds, which earlier technologies could not handle. IIDGR has the AMS2 instrument that can scan up to 3,600 stones per hour, at sizes as small as 0.0033 carats.

Screening and detection begins by classifying diamonds into one of four diamond types, based on the arrangement of nitrogen molecules within the diamond. Type Ia diamonds, the most common found in nature, cannot be created using either of the two primary lab manufacturing processes. Thus, for the time being, this methodology helps to streamline initial detection. Like the grain in a piece of wood, diamonds grow in patterns that can be measured by sophisticated machines, mostly using spectral analysis of light dispersion. Because natural and synthetic diamonds grow differently, they will of course show different growth patterns. HPHT stones often show a lack of colorful strain patterns characteristic of natural diamonds, which are caused by the presence of natural impurities. CVD-grown diamonds can usually be distinguished by the absence of 'tatami' color strain lines, and a higher than normal degree of electrical conductivity.

Unfortunately, diamond grading today might perhaps be called 'unstandardized standardization'. Even today, we continue to see discrepancies between laboratories, and widely different pricing applied to stones graded by different global labs. While the technologies applied by these institutions are constantly improving, we still have not gotten to an industry-wide standard that consumers can feel 100 percent confident to use when making a purchase decision. Certainly, progress has been made, and technology is advancing such that human subjectivity has mostly been removed from the equation.

Support Services: Brokers
The Most Creative (and Outrageous) Products Made w...