Technology in the Diamond Industry: Mining 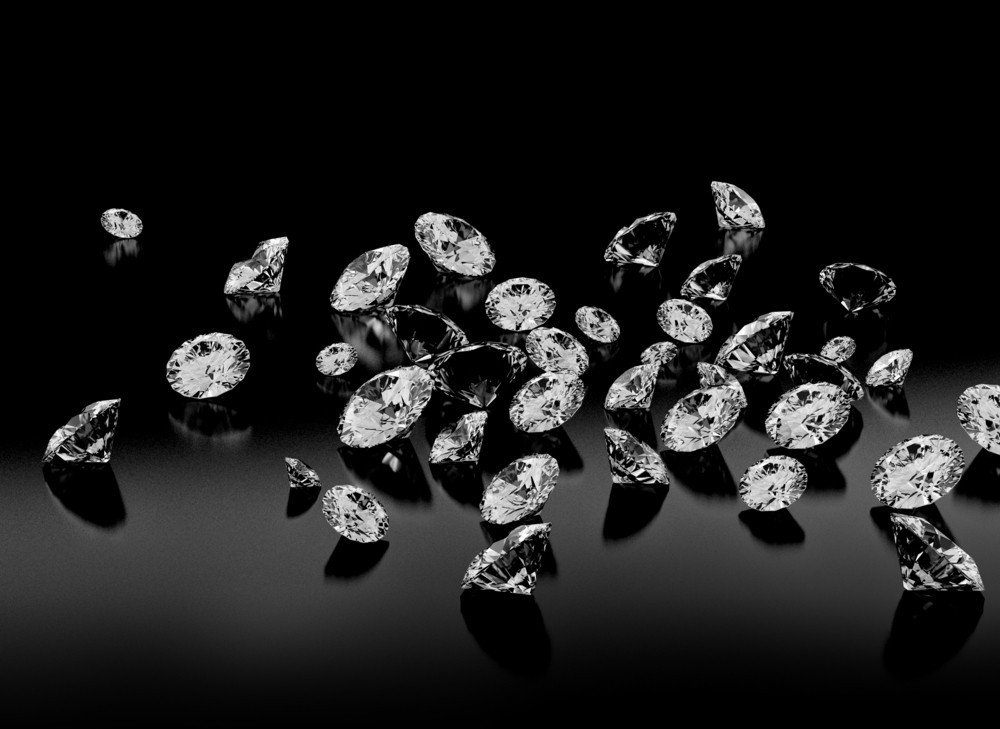 Technology is changing the way companies search the Earth for diamonds. Many of these new technologies are still in development, and their application in diamond exploration has not been fully implemented. Not so when it comes to new technologies in diamond mining and extraction. Some exciting new machines have come along in the past few years that are helping miners to improve efficiencies in diamond liberation and in worker safety, and to get more value out of each tonne of rock they process. Let's have a look at some of these new developments.

Rio Tinto, a company well known for its focus on worker safety and compliance, has experimented with remote-controlled hauling trucks to eliminate an often-hazardous job. Initially trialed at two of Rio's iron ore mines in Western Australia, they are reportedly being rolled out across a number of other Rio divisions around the world. These autonomous trucks, like the Komatsu 930E model, incorporate controls, wireless networking, obstacle detection and emergency overrides, all of which can be controlled from anywhere in the world. In Rio's case, a command center controls the vehicles from their head office in Perth, more than 1,200 kilometers away from the mines. In the case of the 930E, the truck looks very much like a traditional dump truck, but on closer inspection one quickly realizes that there is nowhere for a driver to sit, and the vehicles are entirely controlled remotely. Since these vehicles can operate 24 hours a day, 365 days a year without the need for lunch or bathroom breaks, they are being widely adopted by mining companies around the world.

For those tasks that still require a human heavy equipment operator, some companies have implemented fatigue-measuring wristwatches to ensure that their drivers are always working at peak performance. A Canadian company called Fatigue Science has developed a watch that can be monitored to measure fatigue and alertness during working hours. The technology was developed after the company purchased data from the US military, who has been monitoring sleep patterns and its effects on soldiers for decades. The incoming data can be centrally monitored to identify any workers who may be getting dozy, and response crew are alerted to remove that worker from his duties where needed.

Drone technology has been used recently in the fight against conflict diamond mining. Drones are helping police and local authorities to do reconnaissance in very remote locations to identify illegal diamond mining camps. First used successfully in Western Guinea, these drones are now being used in many African nations to flush out illegal artisanal mining, which is almost entirely destined for illegal export.

Radio Frequency Identification, or RFID, has developed countless applications around the world as the successor to barcodes. In mining, RFID is being used to track ore delivery, and to get real-time daily production rates without the need for optical scanners to register barcodes. RFID tags can even be affixed to the ore the minute it is loaded onto a truck, and can be used at any other stage in processing to track movements, monitor production, and identify deficiencies. In underground mining, it can be difficult to track exactly where ore has gone when block caving is used and exploded ore falls into large voids beneath the blast site. RFID, and other technologies, can be inserted into the rock at the point of blasting and can help to identify fall patterns and extraction times in an underground mine setting.

Lockheed Martin has developed a machine that offers the ability for underground miners to communicate with surface crew wirelessly, something that is not possible using even the most advanced wireless communication available. It was designed with emergency response in mind, as underground mining still remains a very dangerous occupation, and communication with trapped miners is often one of the most difficult parts of any rescue operation. The Magnelink Magnetic Communication System (MCS) is essentially a radio that uses magnetic waves to communicate instead of radio waves. The transmission is sent through a loop of wires, which essentially create a magnetic field 'bubble' that rises to the surface and transmits the message. The system has been tested, and can send data transmission through up to 2,000 feet of solid rock, and voice communication up to 1,500 feet.

In late 2015, Lucara Diamond Corporation made a bold step in its transition to a new X-Ray Transmission (XRT) technology at its Karowe mine in Botswana, after a lengthy consultation process with global developers. Within just a few days of their installation, these machines liberated the 1,109 carat 'Lesedi La Rona' diamond, and the following day, the 813 carat 'Constellation'. The XRT machine was developed by Tomra, a Norwegian company specializing in sorting and recycling technology.

The technology relies on the diamond's ability to absorb X-ray radiation. Diamonds absorb less radiation then most of the minerals they are found with. Simply put, a mineral concentrate is passed through sensors that bombard each stone with X-rays, and measure the absorption of each stone. Those that absorb more radiation are separated from those that absorb less. This is beginning to replace Dense Media Separation (DMS), which essentially spins the minerals in a bath of water so that the heavier minerals, including diamonds, sink to the bottom of the DMS screens to be collected.

XRT has shown many benefits, including a smaller overall footprint, significantly reduced use of water and power, and reduced diamond breakage. It also improves the efficiency of the human sorting process at the mine level, by reducing the volume of minerals that must be sorted through better diamond recovery. This technology might hold promise for the future of rough diamond sorting, although that particular application could still be some years away. XRT technology is quickly becoming the standard in the industry, as new mines begin using it and older mines transition over to it. Tomra's machines were installed at the Renard mine by Stornoway Diamond Corporation, and Russian-built versions are being trialed by ALROSA. After the success of XRT at Karowe, Lucara recently announced that it would be moving to XRT for small diamond recovery as well, which could mean that it will become the new standard in the industry.

The truth is that mining is a massive global business directly contributing to more than 11 percent of global GDP, and considerably more when it comes to secondary services. The pace of technological development is staggering, and entire books could be written on the development of technology in the mining industry.

The Most Creative (and Outrageous) Products Made w...
Technology in the Diamond Industry: Rough Sorting