In the history of diamond polishing, the name Asscher is well remembered and respected. A diamond dynasty based out of Amsterdam that gave us the Asscher cut, the royal Asscher cut, as well as the Royal Asscher Company, which is active to this day. 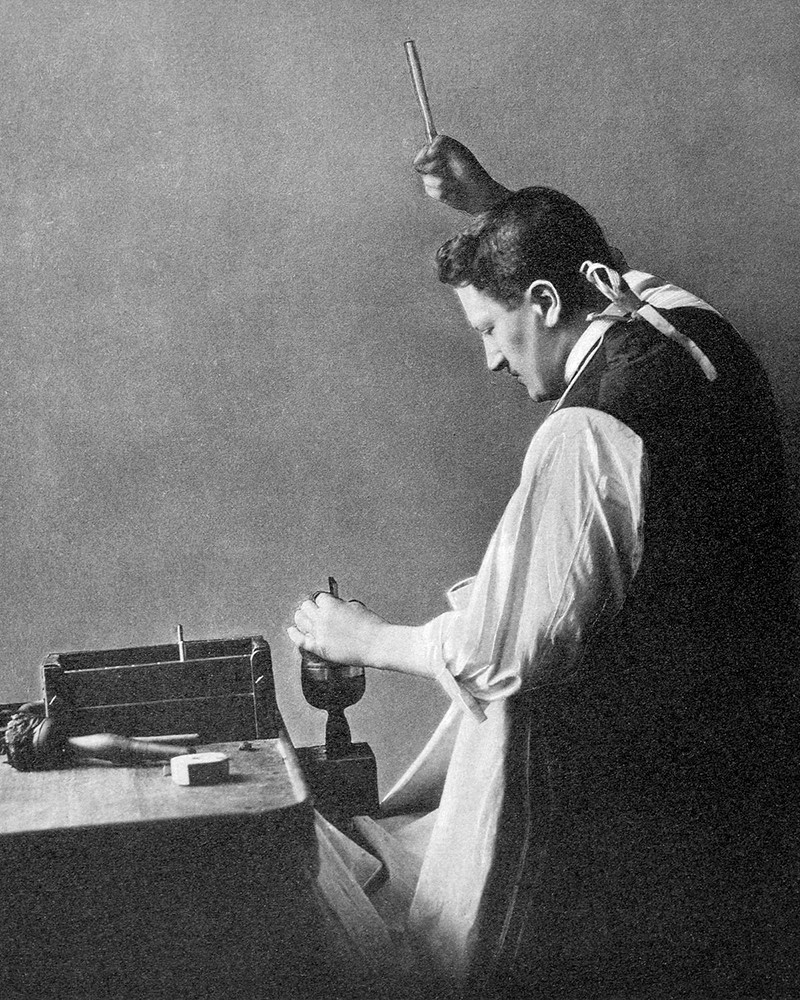 The name Asscher is well remembered and respected. A diamond dynasty based out of Amsterdam that gave us the Asscher cut, the royal Asscher cut, as well as the Royal Asscher Company, which is active to this day. The first name, Joseph, is also closely associated with Asscher. There we several of them. The first was Joseph Isaac Asscher, who founded the company in 1854.

Their first offices at 127 Tolstraat in Amsterdam are still the company's global headquarters. He formed I.J. Asscher Company after his son, Isaac Joseph Asscher who followed in his father's footsteps. Isaac Joseph had two sons, Abraham and Joseph. It is this Joseph, the third in this distinguished line of diamond people, that we are focused on today.

The two brothers, Joseph and Abraham became some of the most proficient, trusted and famous diamonds cutters in history: the Asscher brothers, as they would become known. Joseph has two main claims to fame in diamond history. In 1902, Joseph Asscher designed and patented the Asscher cut. The original Asscher cut is a square diamond with a three-step crown, a seven-step pavilion and cut corners. The step cut diamond is similar to an emerald cut, with one big difference. The Asscher cut has more of an octagonal shape. One of the beauties of this diamond shape is that it creates a fantastic reflection inside the diamond. A well-cut Asscher has been described as an 'endless hallway of reflective mirrors.'

The design continued evolving over the years to improve its brilliance, among other aspects. In the 1920s, the family introduced the second generation of the diamond shape: a modified emerald cut with large corners, a built-up crown and a small table. The Royal Asscher cut has 74 facets: 32 on the top, 40 on the bottom, a culet and the table. Unlike Round diamonds, which have a faceted girdle, Asschers have a smooth girdle called a "band". As a step cut shape (like the Emerald shape), it is difficult to hide imperfections in Asscher-shaped diamonds. Therefore, these diamonds usually feature high Clarity – VS or better.

When found in 1905, the Asscher brothers, Joseph and Abraham, were the natural choice to polish it. King Edward VII invited the Asscher brothers to London to discuss how to cut it. After studying the diamond, it was decided that the stone would be cleaved into three pieces. It came with one caveat – Joseph was given specific instructions that the rough stone should yield the world's largest faceted diamond.

Joseph succeeded in attaining the goal King Edward VII set for him. The Cullinan produced more than 100 individual polished stones, some of which remain amongst the largest cut diamonds in existence. The Cullinan I, or the Great Star of Africa, is the largest clear white diamond in the world. The pear-shaped diamond weighs 530.4 carats and is set in the British Crown's Sovereign's Scepter with Cross. The stone can actually be removed from the scepter and worn as a pendant or hung from the Cullinan II as a brooch. The Cullinan II, or the Second Star of Africa, is a 317.4 carat cushion cut stone that is mounted in the front cross of the Imperial State Crown.

The Cullinan III and Cullinan IV would each be given the not-so-auspicious names of the "Lesser Stars of Africa". The 94.4 carat pear-shaped Cullinan III and the 63.6 carat square cushion-cut Cullinan IV, were both originally set in the crown of Queen Mary, but have since been removed and used as standalone gems, each as a brooch. In 1958, Queen Elizabeth II brought the Cullinan IV with her on a visit to the Netherlands. It was there that she took off the brooch and offered it for inspection to Joseph Asscher, who had originally cut the stone more than 50 years earlier. Joseph Asscher was reportedly quite moved by the gesture. The Cullinan stones now collectively form part of the Crown Jewels of England, and are rarely taken outside of their displays in the Jewel House, a vault at the Tower of London.

Joseph and his brother changed the company's name to The Asscher Diamond Company, and continued to do well until the late 1930s. However, all that changed when the Nazis invaded The Netherlands in 1940. Shortly after the invading force took over Amsterdam, German soldiers entered the Asscher factory and confiscated the company's entire inventory of diamonds. The family was sent to concentration camps along with all the employees. Joseph and a few members of his family survived the war, however nothing was ever the same for him, the company or even Amsterdam's diamond center.

Once the largest diamond center in the world, the Amsterdam diamond cutting industry was almost completely wiped out. Ten members of the Asscher family survived the Holocaust, along with just 15 of the nearly 500 diamond cutters. In addition, during the war, the company's patent on the Asscher cut expired with no one able to renew it. This allowed other companies to copy it, and the Asscher-shape began to be produced as the square emerald. This confusion continues today and many square emeralds are not cut to the same strict proportions designed by Joseph Asscher.

The Raise of a Canadian Jewelry Empire: The Story ...
The Diamond Necklace Of Royalty