The Diamond’s Place in the Consumer’s Heart

Diamonds are widely viewed as the premier gift to celebrate the love between two people. Diamonds signify eternal commitment, and have been immortalized for decades in books, songs and movies. Diamonds have even evolved to the point where individuals routinely purchase them as indulgence gifts for themselves to signify achievement and status.

But how did this happen? Why have diamonds achieved such illustrious status among the myriad luxury gifts available in the marketplace? Why do 4 out of every 5 brides now receive a diamond engagement ring before saying “I do”?

The practice of gifting jewelry when a man and woman agree to be married has a long history. Cavemen would tie cords made of braided grass around their chosen mate’s wrists, ankles, and waist, to bring her spirit under his control.

Archaeologists have uncovered evidence from as early as 2,800 BC of Egyptian nobility wearing gold or silver wire rings on the third finger of their left hand, believed to be connected directly to the heart by the vena amoris.

Around the first and second century BC, rings of iron or gold were used as a way to show that a woman has agreed to be wed to a man, and to show his legally binding ownership of her.

The first recorded use of a diamond ring as a betrothal gift is credited to the Archduke Maximillian of Austria. In 1477, he presented his chosen bride, Mary of Burgandy, with a ring in the shape of an “M”, encrusted with flat pieces of diamond. This came at the suggestion of a faithful advisor, who noted: “At the betrothal Your Grace must have a ring set with a diamond and also a gold ring.”

The tradition of offering a would-be bride a diamond engagement ring would remain popular among the European aristocracy, but would be out of reach for all but the wealthiest of European society. The lavish use of gold or diamond jewelry was derided by most as extravagance. Instead, men would often gift their betrothed a thimble, deemed more practical. However, many thimbles got their tops sliced off and were worn as rings anyway. 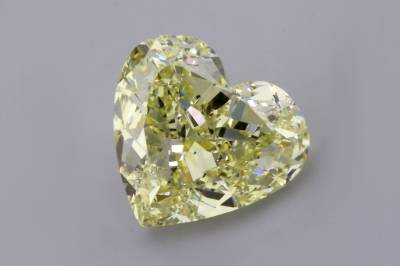 It wasn’t until the discovery of vast quantities of diamonds in South Africa by De Beers in the late 1860’s that this view of the gems would begin to change. As the supply of diamonds increased rapidly, they became an affordable luxury for more than just the rich. Diamond jewelry of all kinds became more and more popular in subsequent decades, and industrialization of the manufacturing industry made them available to an ever-larger population of people around the world.

By the 1930’s, however, the industry would fall on hard times. The Depression affected incomes of both the rich and the poor alike, and diamonds became widely seen as an unnecessary extravagance. This came at a time when the marriage rate plummeted as couples were forced to delay marriage, and the divorce rate fell swiftly as divorce became a prohibitively expensive choice.

The end of the Great Depression produced a time of rapid economic growth. But consumers were presented with more options than they had ever been given before. Most families preferred washing machines and Studebakers to diamonds. The image of diamonds as a lavish gift for the rich and famous remained squarely set in the minds of consumers.

The tagline that changed everything

It wasn’t until 1947, with the help of copywriter Frances Gerety with the N.W. Ayer advertising agency in Philadelphia, that De Beers would revitalize the diamond industry with the now immortalized “ A Diamond is Forever” advertising campaign. This tagline, written by Ms. Gerety as an afterthought when she woke from her sleep in the middle of the night, would be used in all subsequent De Beers engagement advertising. It has been widely credited as the most influential advertising slogan of the 20th century.

The implied permanence of a diamond reinforced the idea, in the American consumers’ mind, that marriage is forever. As a result, the use of diamonds in engagement rings quickly became the standard in the United States and Europe. By 1955, 75% - 80% of marriage proposals would begin with the gifting of a diamond engagement ring.

As incomes in Asia, South America, and the Middle East have increased significantly, the tradition of presenting a bride-to-be with a diamond ring upon her engagement has blossomed all over the world. According to a recent study by De Beers, 4 out of 5 brides now receive a diamond engagement ring.

De Beers’ immortal slogan did more than just bolster an existing segment in the market for diamond jewelry. It helped to solidify the value and desirability of diamonds in the hearts and minds of consumers. Years of successful marketing campaigns around the “Forever” theme, along with help from a similarly named James Bond novel and the iconic Marilyn Monroe performance of “Diamonds are a Girl’s Best Friend” in the 1953 Hollywood film Gentlemen Prefer Blondes, made diamonds a must-have item for women of all ages.

Diamonds continue to be a timeless gift, often given by a man to a woman. However, diamond gift giving has evolved beyond its roots in the engagement contract. According to De Beers’ research, 70% of total diamond jewelry purchases now come from outside of the ‘bridal segment’, which includes both engagement rings and diamond wedding bands.

More than 50% of diamond gifts are now destined to be worn by already married women of all ages. Diamonds are a popular choice by men for birthdays, anniversaries, and other gift-giving holidays like Christmas, Chanukah, Valentine’s Day and Mother’s Day.

The end of De Beers’ reign

However, signs are beginning to show that diamonds have once again lost some of their luster in the eyes of many consumers. Much of this has to do with the breakup of De Beers’ control over the diamond market from 2001 – 2005. Faced with anti-trust litigation in the United States as well as significant new diamond discoveries in Australia, Canada, and Russia, De Beers’ market share fell from a high of 90% to approximately 35% today.

As a result, De Beers has ceased to play a stewardship role in the diamond market. Much of their previous generic industry advertising was cancelled or phased out over time. This same advertising was largely credited with creating the consumer demand for diamonds and making diamonds a sought-after luxury purchase.

According to De Beers’ own research, the amount of advertising directed towards the jewelry industry has not kept pace with advertising from other key industries. In fact, the share of advertising spend for jewelry fell by almost 40% between 2007 and 2013.

This is an alarming trend, as the newest generation of young people do not appear to value diamonds nearly as much as their parents’ generation once did.  The sheer volumes of new and innovative products that appear rapidly in the marketplace are giving shoppers more options than they ever had available before. Smartphones, tablets, and luxury handbags have begun to eclipse diamonds as a preferred gift idea, and marketers in these areas have moved aggressively to capitalize.

While diamonds and engagements are still intimately intertwined, there is risk that the appeal of diamonds will fade over time without a concentrated effort to keep diamonds relevant in the eyes of consumers.  Without the monopoly control that De Beers once maintained, it will be up to the many key stakeholders in the industry to organize effective strategies to keep diamonds at the forefront of those looking to surprise their loved ones with a thoughtful and exciting gift.

Will those in love always remember that diamonds represent the ultimate gift of beauty, rarity, and brilliance…or will iPhones become a girl’s next best friend?