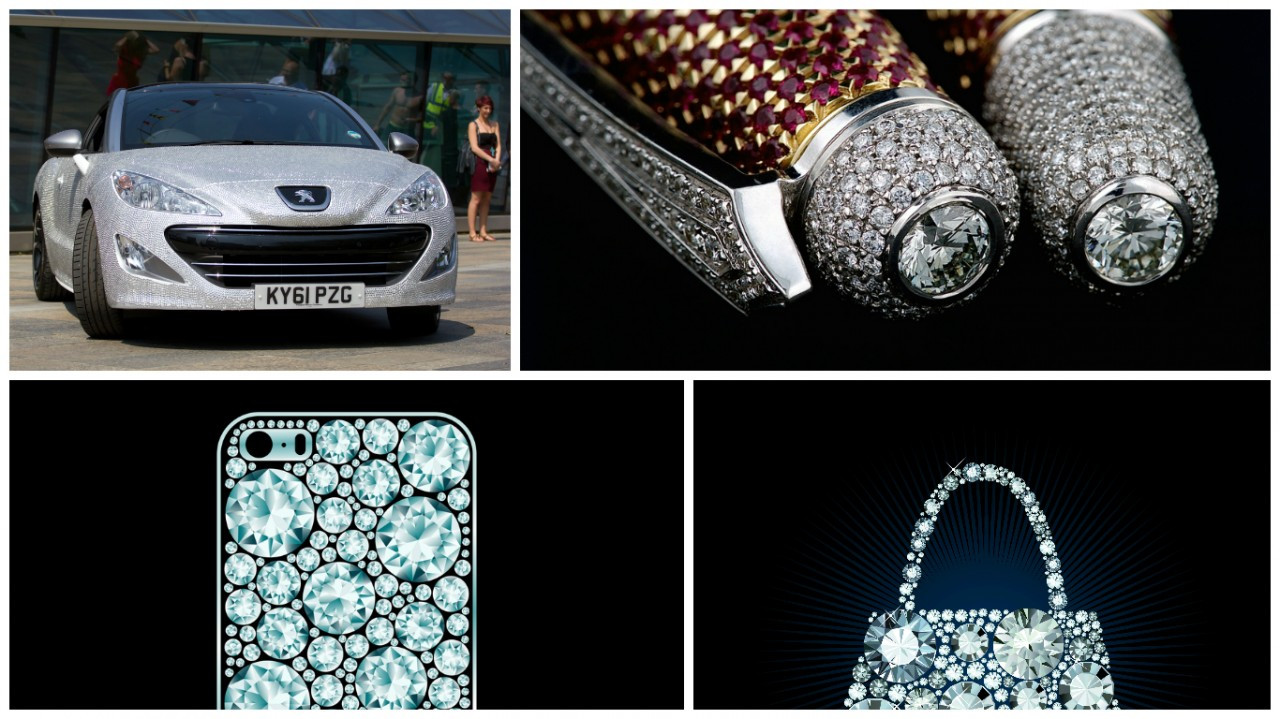 From golf clubs to tea bags and pacifiers, designers continue to find new applications for diamonds to bring an added bit of posh into the everyday experiences of their clients.

Here is the first part of a list showing some of the most interesting ways that designers are incorporating diamonds into their product lines, transforming ordinary objects into luxury items.

Snuffles the Teddy Bear​
Plush toymaker Gund has an extensive line of stuffed toys for all budgets. However, the most sought-after toy at the Gund booth at the American International Toy Fair in New York Valentine's Day was the $10,000 Snuffles bear. If Tahitian black pearls for eyes and white alpaca fur weren't enough, Snuffles also sports a necklace featuring 10 carats of diamonds on a white gold chain with the company's famed motto, 'Gotta Getta Gund'. Although this bear is the most expensive bear to date which features diamonds, it is far from the most expensive price ever paid for a teddy bear. That prize goes to the Steiff's Louis Vuitton bear, which sold for a whopping $2.1 million at an auction in 2000.​
Diamond Tennis Racket​
In 2007, tennis star Amélie Mauresmo won the Proximus Diamond Games for the third consecutive year. This feat landed her the world's most expensive tennis racket as her trophy, which is awarded to anyone who can win the tournament three times within five years. Made of 18-carat gold and studded with 1,700 diamonds, the trophy has a value of $1.3 million, considerably more than the amount she took home for winning the tournament. Not to be outdone, the FIFA world cup trophy is made of more than six kilograms of gold, and is valued at over $20 million.​
Diamond Pen​
For those who really like to write, the Aurora diamonte fountain pen is considered to be the best writing instrument in the world, and also the most expensive. The pen is made of platinum with gold tips, and is studded with 30,000 diamonds. It is so rare that the company only makes and sells one pen each year. It comes personalized for the buyer with an inscribed coat of arms, signature, or portrait. It is valued at $1.3 million.​
Tweet
The Top 10 Most Creative (and Outrageous) Products...
Best books about diamonds (part 3)