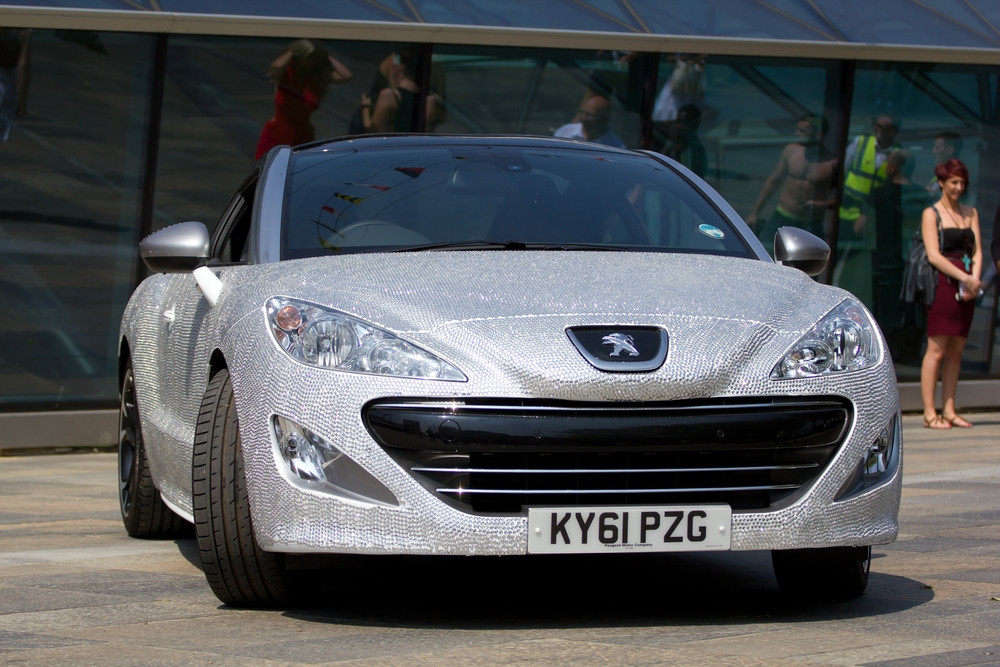 From golf clubs to tea bags and pacifiers, designers continue to find new applications for diamonds to bring an added bit of posh into the everyday experiences of their clients.

Here is the second part (read the part 1 here) of a list showing some of the most interesting ways that designers are incorporating diamonds into their product lines, transforming ordinary objects into luxury items.

At the 2007 Cricket World Cup, the most valuable local and international players were awarded a diamond-studded cricket ball valued at $68,500. Making a claim for the Guinness Book of Records as the only one of its kind in the world, it is made with 2704 diamonds and 18-carat gold stitch. The ball, which was made in Sri Lanka, weighs 53.83 carats and has a pure gold seam of 125 grams. The material used to keep the diamonds on the ball is similar to the one used on the wings of NASA space shuttles.

When rapper Jayceon Terrell Taylor, better known by his stage name The Game, was told by his toddler son that he wanted a car more expensive than his dad's, the Game did his best for his child. He spent $100,000 to outfit a remote-controlled Bentley GT, a car that he actually owns, with 150 carats of diamonds. He was sure to point out on Twitter that his son's college tuition and trust funds were already paid up, so he didn't feel too bad about spending the money on a toy car.

Most people have a hard time making sure their jewelry doesn't get caught on their clothing or furniture. But what if the jewelry was coming out of one of their eyes? Netherlands based artist/designer Eric Klarenbeek has developed a line of eye jewelry that features gems affixed to a thin copper medical wire attached to a contact lens. The jewel gives the appearance of a diamond teardrop from the eyes of its owner.