The World of Diamond Retail Demographics

As consumer preferences and buying patterns change, diamond jewelry retailers are adapting their products and marketing in response. The most successful retailers are leading the way by creating new choices for consumers to spur sales. For multinational brands, different markets different approaches and the development of unique sales strategies. In this series of articles, I want to take a detailed look at diamond jewelry retailers.

We will examine the demographics of the retail jewelry industry and take a closer look at some of the key players who influence the global trade. We will also examine the economics of the retail industry and see how it has faired in the current economy. Finally, we will examine how retailers are responding to changing consumer habits and what they need to do to remain relevant.

We have previously discussed the preeminence of the US, China and India in the global diamond jewelry trade. According to Bain & Co., these three countries accounted for annual sales of $54 billion in 2014, or 67% of global sales ($81 billion). However, retail trends in each of these three countries look very different, and this is sure to have a key impact on how diamond jewelry sales develop over the coming years.

Large chains take lion’s share of sales in US

In the US, the world’s largest jewelry market, the retail jewelry landscape is highly fragmented. Market industry analyst Edahn Golan states that there were more than 21,000 specialty jewelry retailers in the US in the end of 2014. This figure has been on a slow decline for years, driven by closures, bankruptcies and a trend towards consolidation to focus on developing profitability through scale.

Research from De Beers shows that between 2007 and 2015, the proportion of bricks-and-mortar ‘doors’ held by small independent jewelry stores rose from 52% to 54%. These stores tend to be family owned and operated, serving a small local market with specialized customer service. However, despite the increase, the share of sales going to these small firms plummeted from 56% to 35% over the same period. Small independent stores actually seem to be disappearing, however, their relative share of doors has increased because the larger chain stores are disappearing even faster. The share of doors held by chain stores declined slightly between 2007 and 2015, however, their share of market sales increased from 27% to 42% at the same time.

This is a significant change in the retail landscape in the US. Chain stores are increasingly closing underperforming locations and focusing on improving same-store sales at existing sites. These new stores are often undergoing extensive renovations to be bigger, brighter, and more profitable. They often occupy prime locations within high-traffic retail shopping centers and boutique shopping districts.

This trend shows no sign of slowing down. Chain stores continue to grow through consolidation and acquisition, while small independents suffer through a margin squeeze that makes it difficult to compete with the larger corporations. A recent trade publication indicated that through the first nine months of 2015, 844 jewelry locations in the US closed due to sale, bankruptcy, or merger. This was met by just 224 new store openings for a net loss of 620 locations or 1% of the total.

Potential for further growth in China

This is a very different story to the one playing out in China, which has been leading the drive in industry growth since 2009. Despite the recent increase in China’s diamond consumption, there are still opportunities to expand into underserved parts of the country. Based on China’s classification system for its 600+ cities, over the last decade major diamond retailers have set up shop principally in the tier-1 cities of Beijing, Shanghai, Hangzhou, Shenzhen and Guangzhou, in addition to Hong Kong and Macau. Tier-2 and -3 cities remain an opportunity for retailers.

Unlike some of their US counterparts, Chinese chain store locations have been growing rapidly. The three largest diamond jewelry retailers in China – Chow Tai Fook, Luk Fook and Chow Sang Sang – each posted store location growth rates of around 9% in 2014. Since 2011, these three companies have grown from a combined 2,337 locations to nearly 4,000 today, according to De Beers.

However, the majority of China’s diamond jewelry is still sold in department stores, which are better positioned to serve the country’s tier-2 and tier-3 cities. This is changing quickly as specialist retailers expand into these markets and department stores or quickly lose market share. Interestingly, according to the Hong Kong Trade Development Council, more weddings that take place in tier-2 and tier-3 cities involve the gifting of diamond jewelry. This should continue to fuel growth as these cities become better served in the years to come.

India has long been the world’s largest consumer of gold and gold jewelry. Gold is built into the cultural fabric of the country and is adorned daily, as well as for special ceremonies and celebrations. Furthermore, gold is viewed as a valuable investment and Indian retailers have long offered buy-back schemes that allow people to sell their gold jewelry to retailers based on fair international spot market prices.

However, retailers have recently begun to offer buy-back programs for diamonds as well. This has helped to spur diamond demand, as people are beginning to see diamonds as a comparable, and often times better, investment than gold. Some retailers have introduced price guides that establish a spot price for their diamond jewelry, giving customers more confidence and spurring diamond sales. 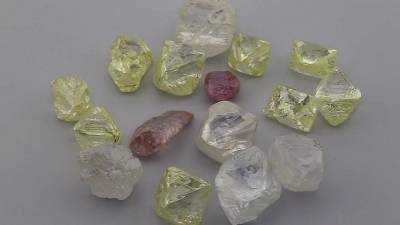 One trend that has transcended global borders is the shift towards online shopping. Jewelry sales at both online-only businesses, and the online departments of bricks-and-mortar stores, have been growing much faster than traditional store sales. According to IBIS World, online jewelry and watch sales in the US are growing at 8.3% annually, compared to 2% to 3% for the industry overall.

However, online sales still represent a small component of the overall breakdown of sales for most jewelry companies. Signet Corporation recently reported that online sales had grown by 8.1% in the most recent quarter but that they still only account for 5% of sales. This continues to change with continuous improvements in payment technology, security and transportation costs.

Although growth in online sales is accelerating, for the moment at least, diamond consumers still enjoy seeing and wearing their diamond jewelry piece before buying. The Internet has given retailers a new way to educate consumers, and research shows that more than half of brides conduct research online before acquiring an engagement diamond. Diamond retailers of all sizes, even small single-store independents, must have some sort of a web presence to survive. 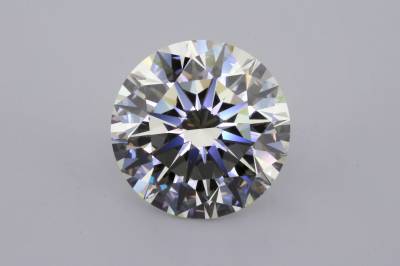 Another of the more notable trends to develop in retail recently is the push to develop diamond branding. Branded diamonds is a relatively new phenomenon. Traditionally, retailers have branded jewelry designs and concepts, but never the diamonds themselves. Diamond branding developed in the 1980s around certain proprietary diamond cuts, typically in an effort to draw distinctions in a crowded marketplace.

Prominent brands like Hearts on Fire and Forevermark have furthered the branding concept with certification on the excellence of the cut and diamond proportions. Other brands such as CanadaMark allow retailers to verify the origin of the diamonds they sell and provide assurances to consumers that their diamonds do not originate from conflict areas.

The branding of diamonds remains an unproven strategy. One of the key challenges is the fragmentation of the industry. Small independent jewelry retailers must weigh the potential advantages of increased name recognition and increased sales against marketing costs of branded diamonds that are ultimately passed onto the consumer. This might prove to be a tough sell, as the inherent value of a branded diamond may be no more than an unbranded one.

Diamond jewelry retailing in 2015 is a tricky business, especially in the mature markets of North America and Europe. However, we believe that many of the trends evident in retailing today will ultimately serve the best interests of the industry in the future.

There are few significant industries in the world today that are as highly fragmented as jewelry retail stores. The move towards increased efficiency and reduced costs through scale, should ultimately serve the consumer by offering larger stores with more choices in better locations. In turn, retailers can develop supply relationships and purchase guarantees that will provide more certainty for mid-tier manufacturers.