Just like Hollywood, the publishing industry loves a good diamond book, and diamonds can be used in many ways to tell a story. The following are 10 great books featuring diamonds, a mix of fiction and non-fiction. 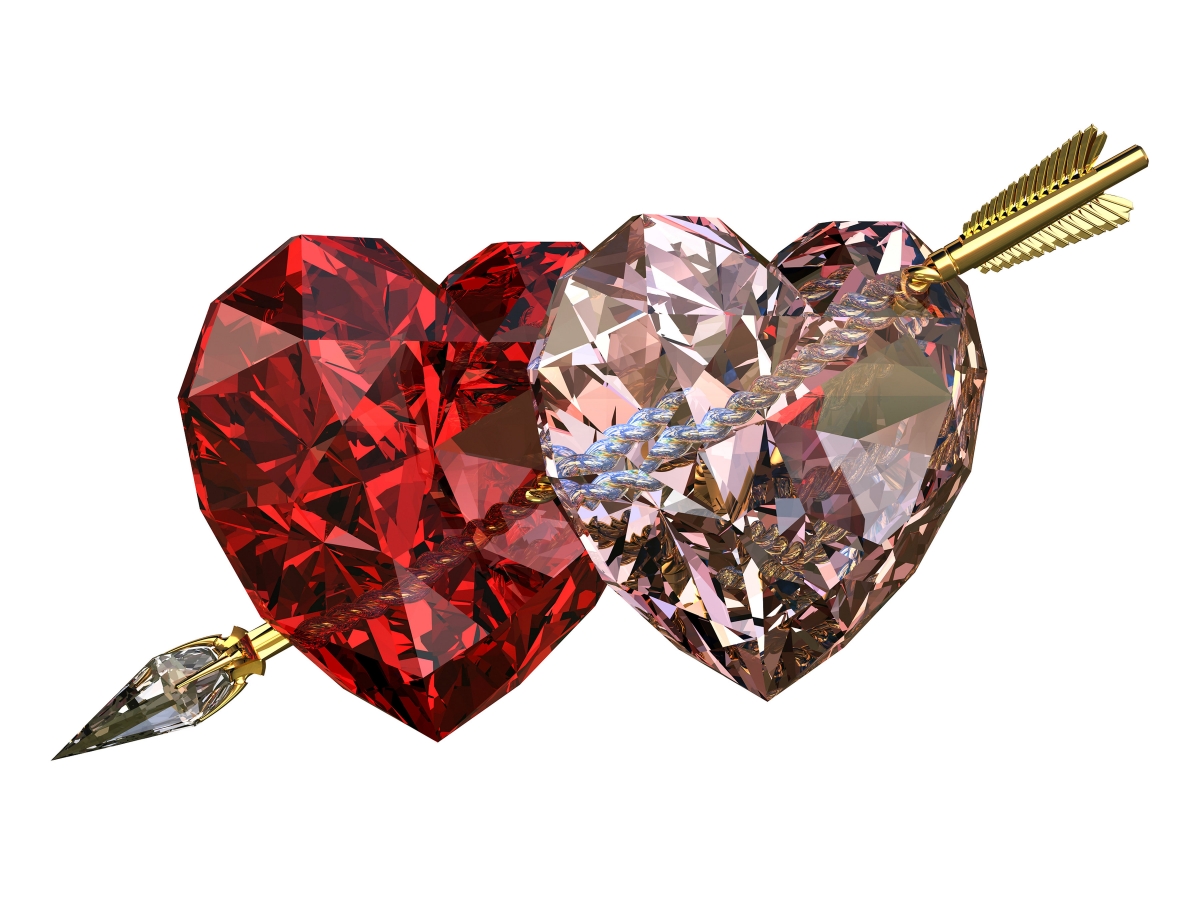 By no coincidence, the James Bond movie of the same title also made it into my top ten list of diamond movies. Although the novel was perhaps one of Fleming’s weaker efforts, it nonetheless is a good read and gets extra credit for the fact that it is another James Bond story. In the book, Bond is given the task of dismantling a diamond smuggling cartel spanning from Africa to Las Vegas. Unlike the movie adaptation, the book features a very strong Bond girl in Tiffany Case who plays a prominent role in the story.

Fleming’s research led him to write one of only 2 non-fiction books he would ever produce. The Diamond Smugglers was published in 1957 based on 2 weeks of interviews with John Collard. Collard was a member of the International Diamond Security Organization (IDSO), which was headed by Sir Percy Sillitoe, a former chief of the British MI5 who would later go on to work for De Beers.

The Diamond Sutra gains its fame and notoriety as being the oldest printed book known to date. The Sanskrit title for the sutra is the Vajracchedikā Prajñāpāramitā Sūtra, with the Vajra translation into English meaning both diamond and thunderbolt. The Diamond Sutra was actually written much earlier than 868 and it appears to have been translated from Sanskrit to Chinese around 509. However it is the version in the Dunhuang Manuscripts which were precisely dated and bound into a book. The Dunhuang manuscripts were discovered in a sealed cave in 1900 by a Daoist monk. 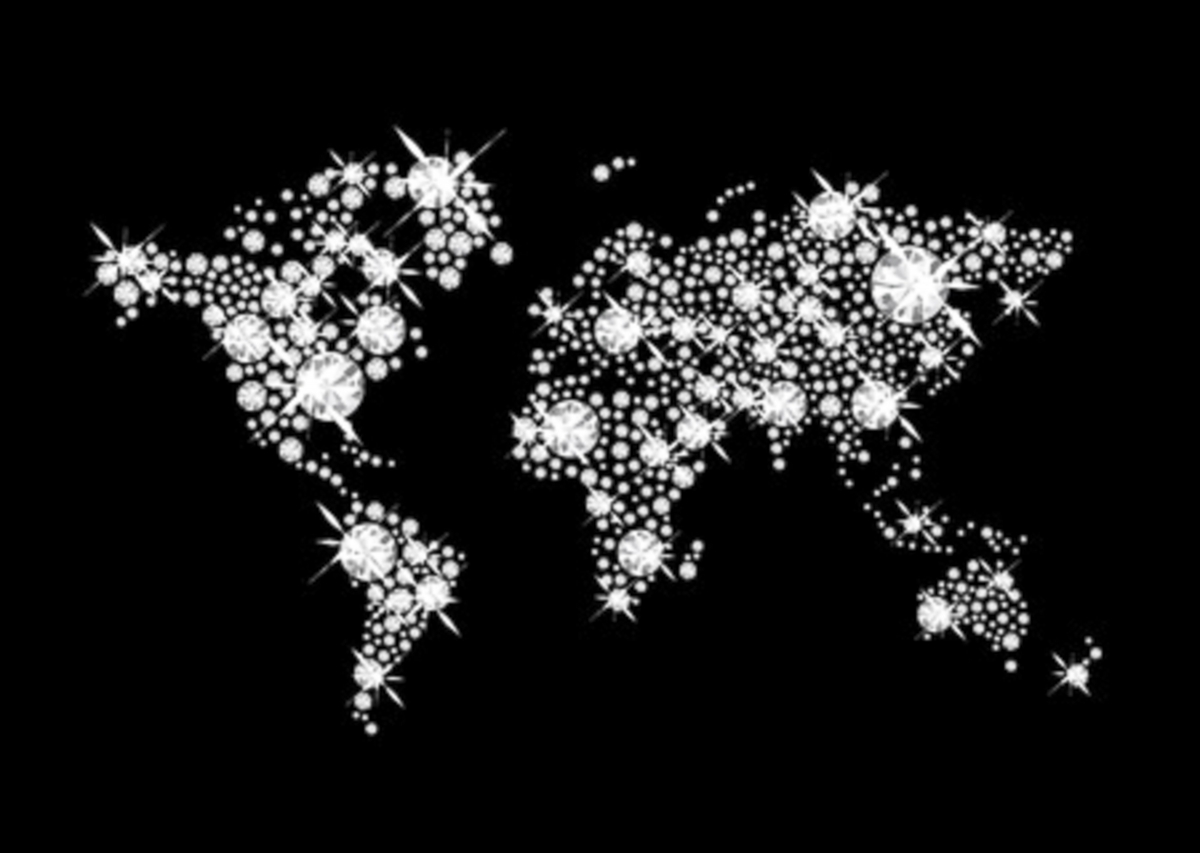 American journalist Greg Campbell wrote Blood Diamonds after travelling to Sierra Leone in 2001 in the midst of the country’s brutal civil war. The book would serve as the basis for the 2006 Hollywood movie Blood Diamond starring Leonardo DiCaprio and Djimon Honsou.  Although the book would never go anywhere near the status of the movie, it was an important pre-cursor to the movie as well as one of the building blocks that helped achieve change in our industry, contributing to the establishment of the Kimberley Process Certification Scheme.  Greg Campbell would go on to write more about the diamond industry and would also co-author other books in the field.

The late Sidney Sheldon was a master author who remains the 7th highest grossing writer of all time. After a prolific career in television production in the 1950’s and 60’s, he turned to writing fiction at the age of 50. He would eventually write 18 different fiction books as well as some non-fiction works and an autobiography. Of his 18 novels, Master of the Game is consistently ranked one of his best.

The book follows the path of a wealthy family and their business empire that was built from diamond mining in South Africa at the turn of the century. It would be adapted into a television mini-series that aired in 1984 and would later be nominated for an Emmy award. The original book cover features an oval cut diamond dripping blood. 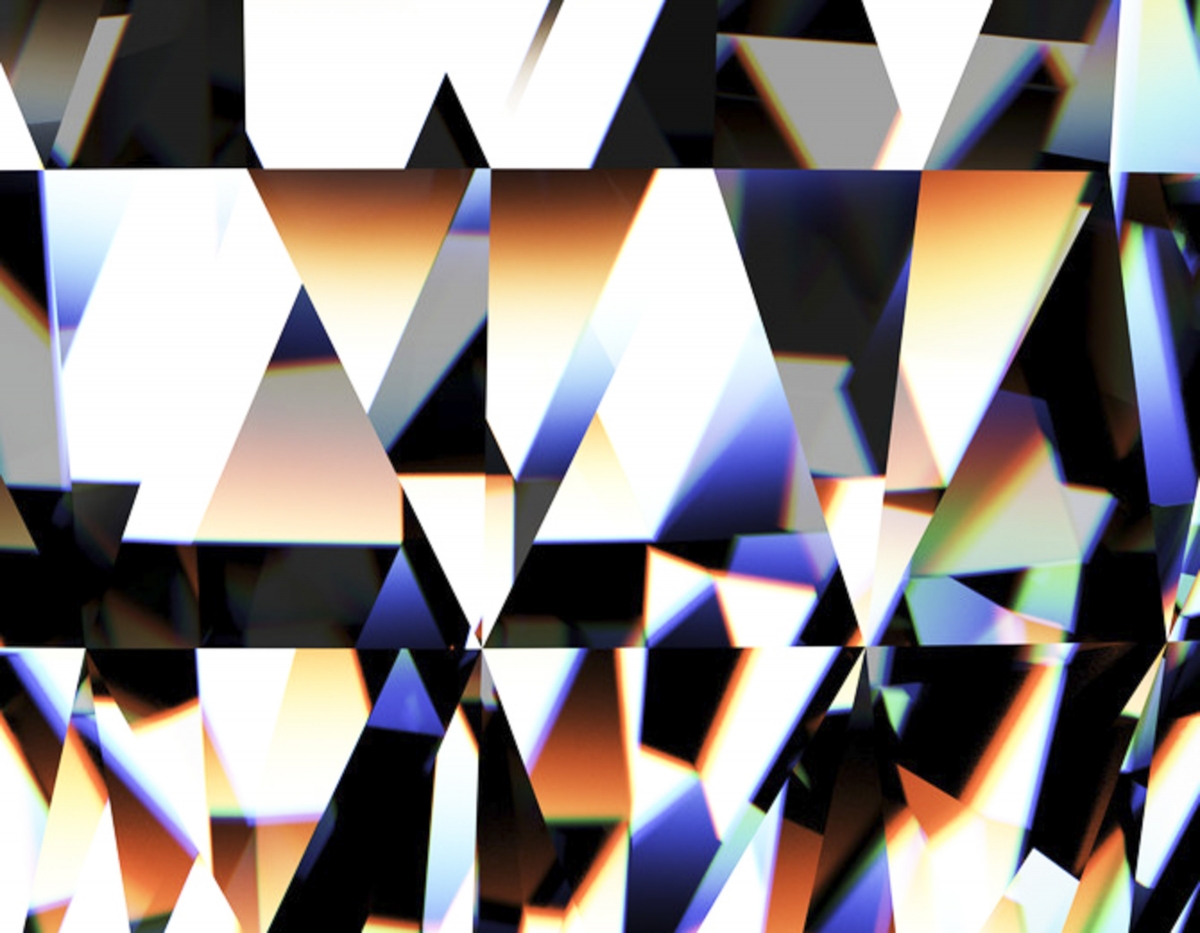 The Engagements is a story about the ups and downs of marriage, written by J. Courtney Sullivan, the New York Times bestselling author of Maine. It explores the reasons why we choose the mates we do and why some marriages last against the odds. The story is fictional, yet it includes the real life character Frances Garety, who famously coined the ad slogan “A Diamond is Forever” for De Beers as a young copywriter in the 1940’s. Garety would continue to work on De Beers marketing for the remainder of her career and was would become a force in establishing diamonds as a gift symbolic of love and eternity. However, she herself never married, which is an important feature of Sullivan’s story.

Written in 1868, The Moonstone is generally considered the first modern detective novel written in English. At the time, it exemplified groundbreaking writing that introduced the English-speaking world to a new form of literature that quickly spawned new characters including Sherlock Holmes. The moonstone is a legendary diamond named after the Hindu God of the Moon. A young English girl inherits the diamond on her birthday, not knowing that it was stolen from its guardians and that 3 Hindu priests have dedicated their lives to finding the missing treasure. The diamond is stolen from the young heiress and the story follows the search for the stone to return it to its rightful owners, whoever they might indeed be. 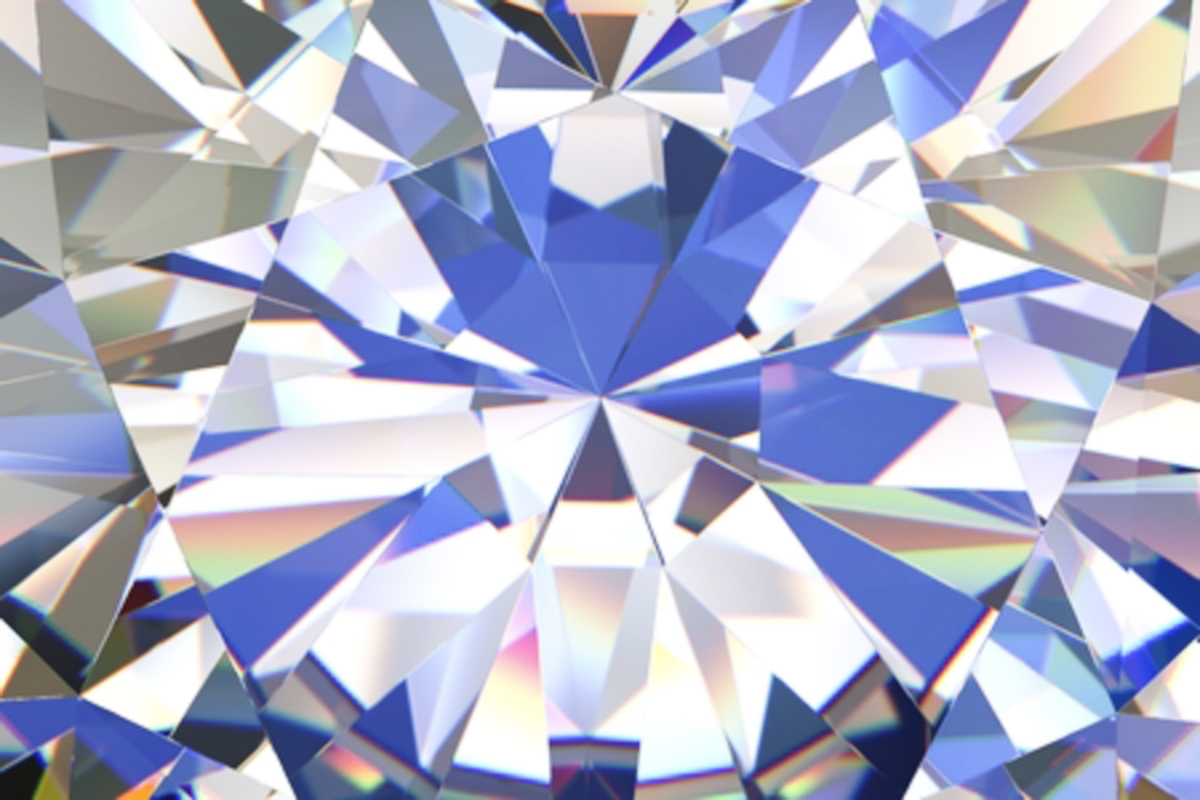 Greg Campbell co-wrote this book that intimately reviews the February 2003 robbery of Antwerp Diamond Center’s main vault. In real-life detective style, it follows a group of Italian thieves known as the School of Turin, headed by Leonardo Notarbartolo. The robbery was one of the largest in history, confounding police and investigators who still do not have a complete picture of how the thieves perpetrated the caper. Selby and Campbell’s investigative work helped shed some light on this as it uncovered certain aspects unknown to police, although mysteries remain to this day. 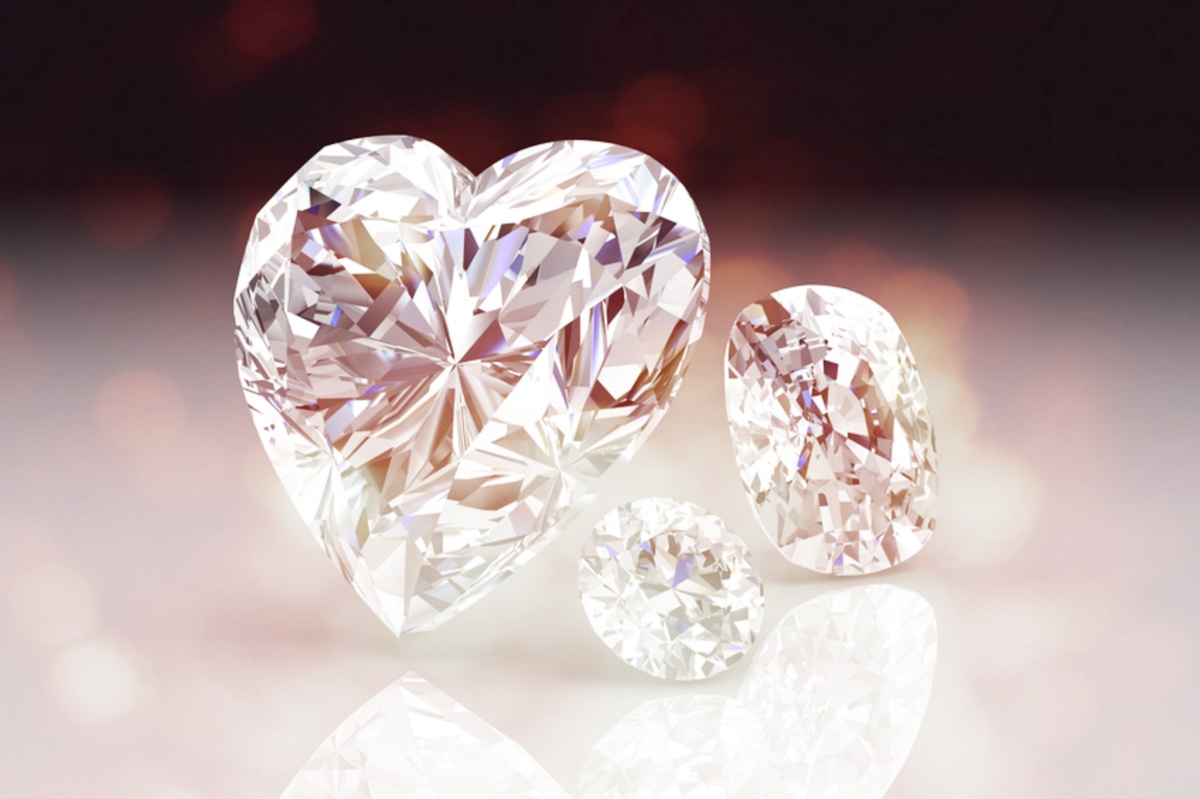 Bestselling Norwegian author Jo Nesbo wrote the Devil’s Star that follows the search for a serial killer whose tell-tale murder signature is to place a red diamond cut into the shape of a pentagram under the eyelid of his victims. While not truly about diamonds per se, the story is a good read just the same. Although I doubt Nesbo really understood the cost of red diamonds, as this would have required a very wealthy killer!

I have deliberately strayed from industry publications in my list of diamond books, however From Mine to Mistress is an exception and an important read for all of us in the industry. Revised in 2012, the 942-page book is an in-depth look at the diamond pipeline from all angles. The book comprehensively details important aspects of diamond including country-specific issues, government policy best practice, the history of the industry and its relevance today, implications of the diamond banking industry, amongst many other. It is an essential read for those working in diamonds.

Tags:
diamond BOOKS
Where are the profits?
We Cannot Turn Our Backs on Our DNA