Much is said in the media about a pending demand and supply gap in rough diamond production. As the theory goes, many older mines are nearing the end of their lifespans without the corresponding increase in new diamond projects and exploration discoveries to take their place. On the surface, this would appear to be true, although some older mines are working to expand their ore reserves with new technological developments and massive expansion projects. In my next series of articles, I want to take a look at some of the upcoming diamond projects that are either in development currently, or are expected to be in the near future. With an understanding of the projects that will supply the diamond pipeline into the future, we can start to understand how this supply gap is taking hold.

The first new project I will focus on is the Renard Diamond Mine, operated by Canadian miner Stornoway Diamond Corporation. The Renard (meaning ‘Fox’ in French) mine is currently producing diamonds, and very recently concluded its first sale of rough, in Antwerp. The sale yielded an average price per carat of $195, and the company reported that some smaller and lower-quality parcels were held back from the sale after they didn’t achieve sufficient demand. This they attributed to the ongoing demonetization challenge in India.

The mine is located in the James Bay Region, in the northern part of the province of Quebec, Canada. It is in a remote area within a cluster of small mountains, known as the Otish Mountains. It is approximately 1,400 kilometers north of Montreal, the most populated city in the province, where the company is headquartered. Exploration work in the area began in 1996, led by a company called Ashton Mining. Initial exploration was based on favorable mineral sampling results, and the mine’s location within the Superior Craton, believed to be over 2.5 billion years old, which is generally favorable to diamond exploration. 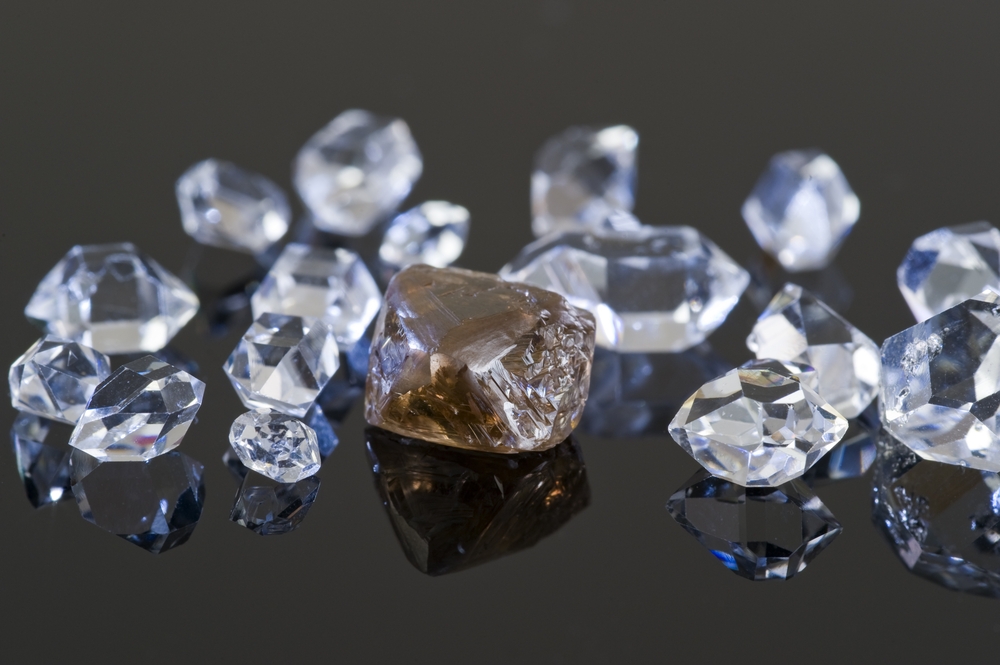 The first kimberlite was not discovered until 2001. Additional drilling, sampling, and ‘mini-bulk’ sampling took place between 2003 and 2006. In 2006, Stornoway acquired Ashton Mining and gained a 50% interest in the project, with the remaining 50% held by the government of Quebec. Stornoway would later acquire the government’s portion of the project, and now retains a 100% interest. Prior to the mine’s discovery, there were no permanent roads linking the mine site to any major highways in the area, so a significant achievement of the mine was the development of permanent road access. Construction of the 240-kilometer road began in 2012, had a final cost of $70 million, and required the construction of 17 bridges.

The first resource statements and economic assessments of the project were produced in 2008, and demonstrated that the mining project was viable. A feasibility study was commenced and delivered in 2011. The study gave a positive assessment of the project, which would utilize both open-pit and underground mining. This led to the company seeking financing to build a mine, with a preliminary cost estimate of $775 million. A financing deal was completed in July 2014 for Cdn$944 million, and construction of the mine commenced shortly thereafter. The major investors in the project included the government of Quebec, one of the province’s largest pension funds, and a major private equity financier.

The mine was completed on budget, and several months ahead of schedule. A large diamond recovery process, not contemplated in the initial budget, was developed at no additional costs to the miner. First ore was delivered to the plant in mid-2016, and the company was able to conclude a ‘surprise’ sale in November of this year.

The mine has a projected lifetime of 11-14 years, and the mine plan consists of four kimberlite pipes, totaling 18 million carats. It is expected to produce between 1.6 and 1.8 million carats each year. Exploration and drilling continue on the property in the hope of bringing additional inferred resources into the reserve statement, thereby further increasing the mine’s output and lifespan. The Renard property consists of eight kimberlites identified thus far, and two long kimberlite dyke systems that have been shown to contain diamonds. The mine has potential to produce additional resources.

The Renard mine is a major achievement, both for Stornoway and for the province of Quebec and its northern communities. It was developed ahead of schedule and on budget. Canada has seen two diamond mines closed in the last few years, and the Renard project will be an important source of mining revenue for the country, which has solidified itself as a prominent diamond producer nation. The company markets its rough using an open tender system managed by Bonas-Couzyn in Antwerp.

It’s A Changing World, And We Must Adjust
Diamond Market Slowly Picking Up, But Not Enough